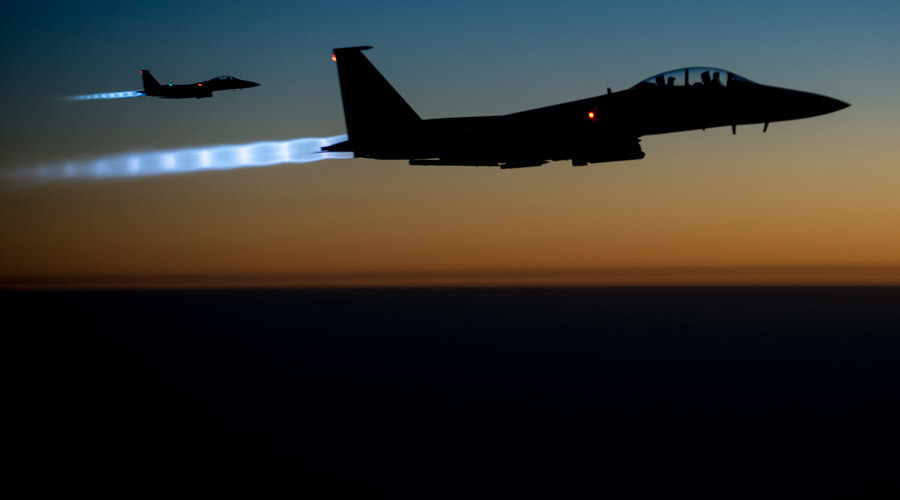 “It’s hard not to notice” the thousands of trucks used by terrorists for oil smuggling, Lieutenant General Sergey Rudskoy, deputy commander of the General Staff, said at a briefing in Moscow on Wednesday.

“However, we see no strikes on those convoys by the coalition – only a tripling in the number of strategic UAVs has been observed,” he said.

With the US and its allies unwilling to act, the Russian Defense Ministry has reported the locations where Islamic State (IS, formerly ISIS/ISIL) oil tankers are concentrated, Rudskoy said.

The deputy commander stressed that defeating IS would be impossible without curbing its main source of income – the illegal oil trade – and urged the coalition to strike IS oil infrastructure.

“The income of this terrorist organization was about US$3 million per day. After two months of Russian airstrikes their income was about $1.5 million a day,” he said.
http://twitter.com/RT_com/status/672038458341392384/photo/1?ref_src=twsrc%5Etfw
Also on Wednesday, a prominent Iraqi politician said he had addressed the US military on the issue of stopping the illegal IS oil trade, but had received a negative reply.

“I have personally contacted US representatives asking them to target IS trucks transporting Iraqi and Syrian oil to Turkey, only to be told that they were civilian targets so they [the US] could not attack them,” Mowaffak al-Rubaie, leader of the State of Law Coalition party in the Iraqi parliament, told Sputnik.

Speaking at Wednesday’s briefing, Russia’s deputy defense minister, Anatoly Antonov, said that Russia is aware of three main smuggling routes used by IS to deliver oil to its final destinations in Turkey.

Antonov stressed that Turkey’s leadership, including President Recep Tayyip Erdogan and his family, is involved in illegal oil trade with the jihadists.