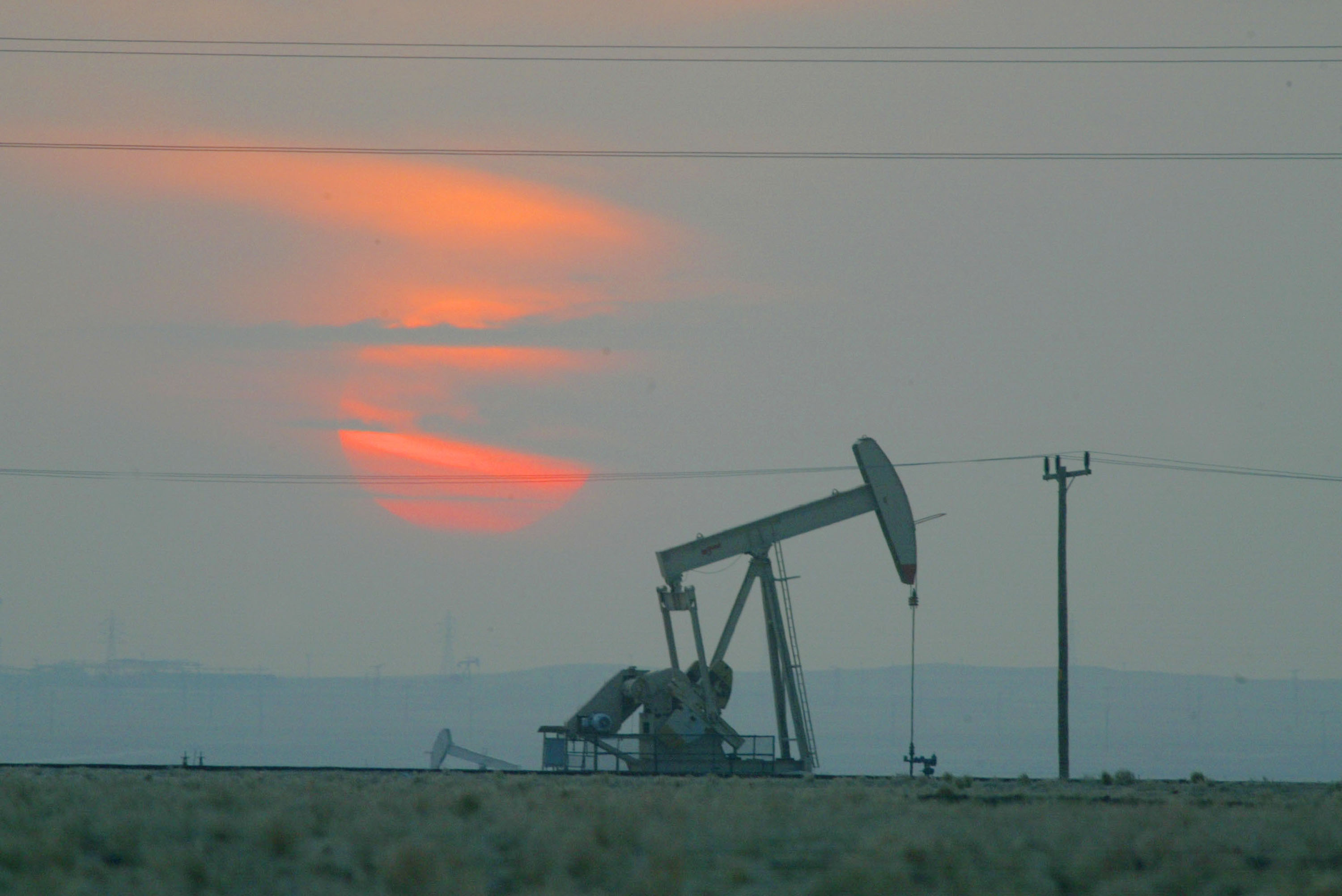 KUWAIT – JANUARY 15: The sun sets behind a oil derek January 15, 2003 near the Saudi Arabian border, Kuwait. Kuwait produces 10% of the worlds oil and has promised to increase production as needed in the event of a war in Iraq. (Photo by Joe Raedle/Getty Images)

As we pointed out a week ago, even before the downing of the Russian jet by a Turkish F-16, the most important question that nobody had asked about ISIS is where is the funding for the terrorist organization coming from, and more importantly, since everyone tacitly knows where said funding is coming from (as we have revealed in an ongoing series of posts “Meet The Man Who Funds ISIS: Bilal Erdogan, The Son Of Turkey’s President“, “How Turkey Exports ISIS Oil To The World: The Scientific Evidence” and “ISIS Oil Trade Full Frontal: “Raqqa’s Rockefellers”, Bilal Erdogan, KRG Crude, And The Israel Connection“) few on the US-led Western Alliance have done anything to stop the hundreds of millions in oil sale proceeds from funding the world’s best organized terrorist group.

We concluded by asking “how long until someone finally asks the all important question regarding the Islamic State: who is the commodity trader breaching every known law of funding terrorism when buying ISIS crude, almost certainly with the tacit approval by various “western alliance” governments, and why is it that these governments have allowed said middleman to continue funding ISIS for as long as it has?”

To be sure, the only party that actually did something to halt ISIS’ oil infrastructure was Russia, whose bombing raids of Islamic State oil routes may not only have contributed to the fatal attack by Turkey of the Russian Su-24 (as the curtailment of ISIS’ oil flows led to a big hit in the funds collected by the biggest middleman in the region, Turkey, its president and his son, Bilal not to mention Israel which may have been actively buying ISIS oil over the past year) but prompted questions why the bombing campaign by the US-led alliance had been so woefully incapable of hitting ISIS where it truly hurts: its funding.

This past week, someone finally came up with a “reason” why the Obama administration had been so impotent at denting the Islamic State’s well-greased oil machine. In an interview on PBS’ Charlie Rose on Tuesday, Rose pointed out that before the terrorist attacks in Paris, the U.S. had not bombed ISIS-controlled oil tankers, to which the former CIA deputy director Michael Morell responded that Barack Obama didn’t order the bombing of ISIS’s oil transportation infrastructure until recently because he was concerned about environmental damage.

Yes, he really said that:

In other words, one can blame such recent outbreaks of deadly terrorist activity as the Paris bombings and the explosion of the Russian passenger airplane over Egypt’s Sinai Peninsula on Obama’s hard line stance to not pollute the atmosphere with the toxic aftermath of destroyed ISIS infrastructure.

As the Daily Caller adds, Morell also said the White House was concerned about destroying infrastructure that could be used by the Syrian people. Such profound concern for a people which has been traumatized for the past 5 years courtesy of a US-funded effort to destabilize the nation courtesy of US-armed “rebels” whose only purpose has been the deposition of yet another elected president, and where the emergence of the CIA-created Islamic State has led to the biggest wave of refugees to emerge, and flood Europe, since World War II.

But back to Obama’s alleged decision that not polluting the environment is more important than halting the funding artery that keeps ISIS in business.

Then we started asking questions, others joined in, and everything changed: “So now we’re hitting oil in trucks and maybe you get to the point where you say we also have to hit oil wells. So those are the kind of tough decisions you have to make.”

Of course, the lunacy gets even more ridiculous when one recalls that none other than one of the democrat frontrunners for president, Bernie Sanders, suggested in all seriousness that the real cause for terrorism is climate change, an allegation subsequently echoed by both UK’s Prince Charles and none other than the chief of the UN, Ban Ki-moon himself.

So here is the purported logic: climate change leads to terrorism, but one can’t eradicate the primary funding source of the biggest terrorist threat in the world, the Islamic State, because of dangers it may lead to even more environmental damage and climate change.

We are truly speechless at this idiocy.

Meanwhile, the real reasons behind ISIS massive wealth build up: the illicit oil trade facilitated by, and involving NATO-member state Turkey, whose president and his son collect billions in illegal profits by arranging the charter of Islamic State oil to Israel and other international buyers of ISIS’ cheap oil, and which involves such “highly respected” commodity traders as Trafigura and Vitol, continues to this day, and only Putin has done anything to put a dent in it.

For those who can’t believe any of this (and it took us quite a while to realize this is not some elaborate prank) here is the clip proving the former CIA deputy director actually said it all.

Discussing President Barack Obama’s thinking prior to the Nov. 13 ISIS attacks in Paris, Morell, who served as acting director twice while he was the agency’s deputy director, tells interviewer Charlie Rose there’s “now a sense of urgency that there wasn’t before.”

In the interview, Morell tells Rose that Obama’s concern for environmental hazards and damage were the perceived reasons why the president wouldn’t pull the trigger on bombing ISIS oil wells.

Noting he’s not in the situation room any longer, Morell nevertheless reflects on Obama’s policies, saying:

“Prior to Paris…there seemed to have been a judgement that look we don’t want to destroy these oil tankers because that’s infrastructure that’s going to be necessary to support the people when ISIS isn’t there anymore and it’s going to create environmental damage,” he said.

“So, now we’re hitting oil in trucks…Maybe you get to the point where you say we have to hit oil wells. So those are the kind of tough decisions you have to make.”

Asked if he thinks the rules of engagement are too restrictive, Morell responded: “Yeah. I think so.”