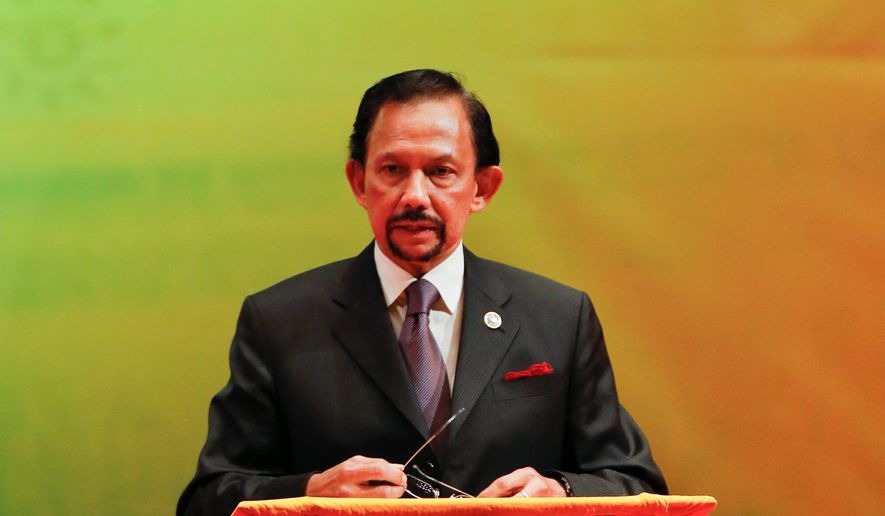 But on the 25th in the Western Pacific, Christmas is not welcome in the nation of Brunei.

The sultan of Brunei has issued an edict that threatens Muslims with five years in prison if they celebrate Christmas. Christians are told that their celebrations must remain secret or they can be jailed as well.

Brunei is an oil rich nation, next to Indonesia. If it weren’t for oil and gas, no one would really care about Brunei.Brunei is 65 percent Muslim and the rest of the nation is made up of other religions, including Christianity. In 2014,Brunei implemented sharia law in the nation. Offenses such as conversion to another religion from Islam are now punishable by religious courts. Next year, Brunei will introduce Islamic punishments of whipping and amputation for some offenses and, finally, Brunei will join Afghanistan, Iran and Saudi Arabia as nations that stone people to death for adultery or insulting Mohammad or the Koran.

Most people don’t really care what happens in Brunei. Indeed, most Americans have probably not heard of Brunei, and even those who might have probably couldn’t find it on a world map.

The Trans Pacific Partnership (TPP) is called a free trade deal. It is nothing of the sort. It gives foreign nations and foreign corporations the greatest gift they could ever get. Not only do they get access to American markets, they get access with advantages over American businesses.

Do you want to buy American? Forget about it. Under this deal, there can be no labeling to tell you a product is made in America. Do you want to boycott Brunei because of the way it treats Christians and because it is implementing Islamic law? Good luck finding labeling that tells you products were made in Brunei. Under the TPP, it is even arguable that citizen boycotts of the products of a certain nation could open the individuals up to litigation.

Hassanal Bolkiah, the sultan of Brunei, is known as an international playboy who is bound and determined to drag his nation back into the 7th Century. The question is why America would reward this nation with all of the benefits of the Trans Pacific Partnership?

Soon Brunei will have all of the horrors of an Islamic nation. Under the Islamic code that will go into effect, there will be stonings, amputation of limbs for them, whippings and the death penalty for insulting Mohammad and the Koran.

Donald Trump has been ripping the Obama Regime for the lousy deals it has negotiated. The TPP is one of the worst deals ever. While the deal itself is bad enough, considering what it will do to real Americans, perhaps a better question to ask is why is the Obama Regime is willing to include a nation like Brunei in this agreement.

If Brunei wants to live in the 7th century, that is its choice. But America should not reward such behavior by opening the door to American markets for them and giving them advantages over Americans and American businesses.

Every Republican in Congress needs to vote no on this insanely bad trade deal.