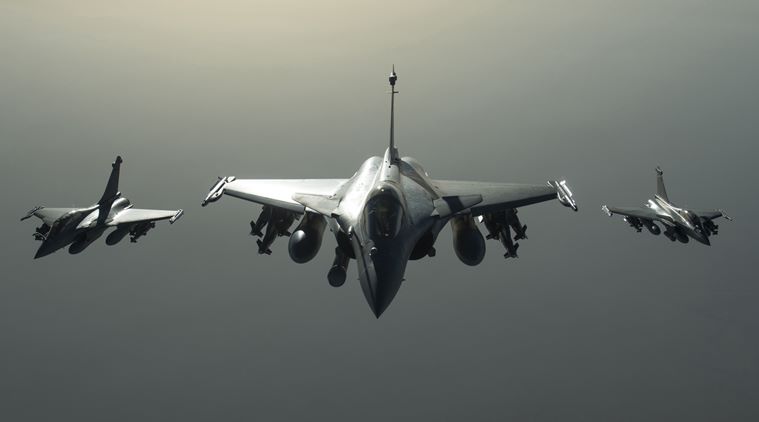 TMR Editor’s Note:
How convenient that French authorities have already determined — with absolute certainty — that the Paris terror attacks were specifically planned in Syria.  How could they possibly have completed a high integrity investigation in less than 2 days time?  Especially when the results of such an investigation are going to be used to launch attacks using the airspace of a sovereign nation.

Isn’t this exactly what the USA did in the wake of the 9/11 false flag terrorist attacks when they carpet bombed Afghanistan back into the Stone Age?

Transparent false flag operations like 9/11 and Paris 2015 are routinely fabricated by the warmongering nations of the Anglo-American Axis (AAA)* over centuries. It has become their patented MO and preferred way to start illegal wars of naked aggression war across the planet.  All they  have to do is execute a false flag operation on their soil and use it as a false pretext to bomb anyone they so desire.

That’s not to say that the Islamic State doesn’t deserve to be dealt with severely.  However, the rubric of international law must be respected in these matters or else the entire world risks being turned into the Wild West.  Actually the gunslinging cowboys from U.S. Armed Forces have already transformed the world into a Wild West.

It has since become clear to virtually every armchair geopolitical analyst that France quite deliberately implemented the Paris terror attacks with the purpose of entering the Syrian War.  The USA’s involvement in that same theater of war has been deceptive at best, perfidious at worst.

Not only did the USA (with the help of UK, Saudi Arabia and Israel) create the Islamic State and ISIS terrorist network by funding, equipping and arming them, they faked a year-long bombing campaign against them … with no results to show for it.  Then, the Russian warplanes accomplished in two days what the mighty US military couldn’t do while ISIS was beheading Christians and terrorizing Christian communities.

The fake Paris terror attacks will go down in history as yet another false flag operation carried out to provide ‘justification’ for the AAA to run their warmongering juggernaut across the Middle East and beyond.

Moments ago, reports began to surface on social media that the ISIS “capital” of Raqqa was under siege from the sky.

It wasn’t hard to guess whose planes were carrying out the strikes. As we noted ten days ago, in a statement by the French presidency following a meeting of its defense cabinet, the government said it would send its only aircraft carrier, the Charles de Gaulle warship, to the eastern Mediterranean for operations against Isis in both Syria and Iraq. And as you might imagine, that’s not the only place Paris has warplanes stationed in the region.

Just yesterday we said that with the only French aircraft carrier already en route to Syria, meant to support to mission against Assad ISIS, France is oddly prepared for an all out attack to take out the Syrian president. Most importantly, it now has the outraged, incensed public’s blessing to do just that.

Sure enough, we just got confirmation that France, with the help of US intelligence, has commenced a “major” bombing campaign against Raqqa.

And so it begins.

The U.S. is expanding intelligence sharing with France and has agreed to speed the delivery of detailed targeting information in support of possible French retaliatory strikes against Islamic State militants in Syria and Iraq, officials said.

In response to Friday’s coordinated terrorist attacks in Paris, the U.S. has started sharing so-called “targeting packages” with France, identifying Islamic State targets for strikes by French warplanes. It also plans to roll back restrictions that impede intelligence sharing to make it easier for France to intensify its air campaign.

Officials said the changes amount to giving France a seat at the table alongside America’s most-trusted intelligence-sharing partners in developing future target packages for strikes against Islamic State.

France has fighter aircraft positioned at bases in the region, in Jordan and the United Arab Emirates, which could be used in any retaliatory strikes against Islamic State in Syria and Iraq once targets have been identified.

Of course the US has supposedly been “bombarding” Raqqa and other ISIS strongholds for more than year, to little effect. It’s not exactly like Raqqa is the Japanese mainland ca. World War II. As we noted earlier today, we’re no West Point graduates, but it seems likely that a relatively small ground contingent could take the city with the help of the Kurds in relatively short order (see the recent experience with Sinjar):

And it’s not like the US or the French have to worry about running into the Russians in the course of providing air cover. After all, Russia has for now pretty much conceded that airspace to the US while Moscow and Tehran restore Assad’s power base in the West. Just take a look at the Russian airstrike map (it’s not up to the minute, but you get the idea):

So now that the French airstrikes have officially begun, the next question is whether the attacks in Paris are enough to get the public behind sending in the ground troops to finally end this ridiculous charade and take Raqqa once and for all.

Of course that blows the whole anti-Assad gambit wide open. That is, once Raqqa falls and ISIS retreats into Iraq, what then? Then you’ll have the French in the east and the Russians and Iranians in the west, and by then, Russia and Iran will have probably taken Aleppo so everyone will be just be staring at each other with Assad looking nervously back and forth in the middle.

At that point, it’s either NATO versus Russia and Iran for the political future of Syria, or someone packs up and leaves and then the suits reconvene in Vienna. And given that Russia has an airbase at Latakia and a naval base at Tartus, and given that NATO would have to pry Damascus out the Ayatollah’s cold dead hands, we think we know who may blink first…