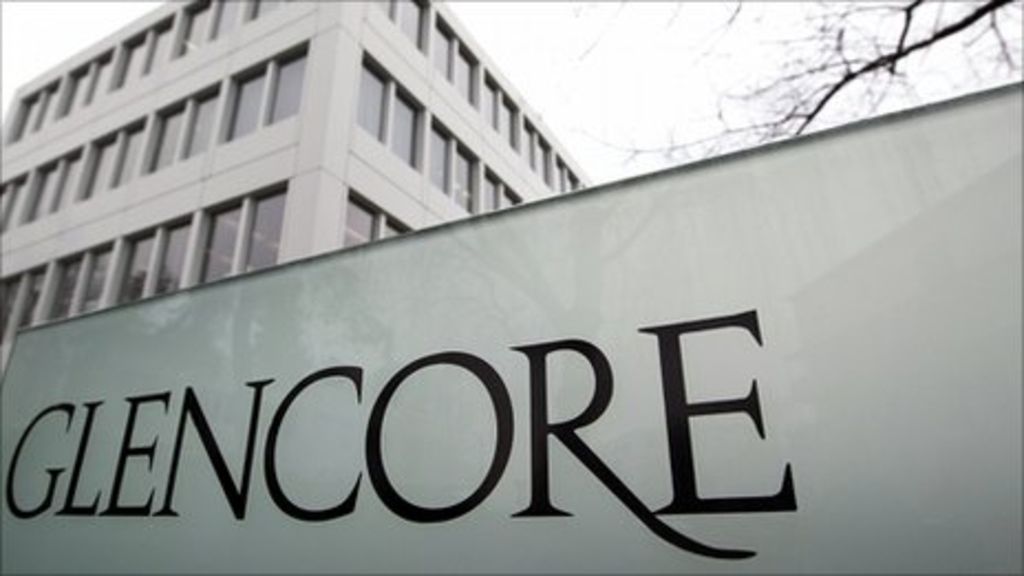 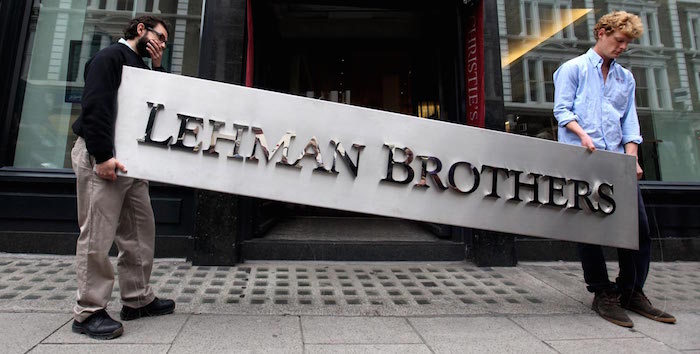 TMR Editor’s Note:
Something quite HUGE is happening on Goldman’s radar!  There is no question that Goldman Sachs engineered the collapse of Lehman Brothers in September of 2008.  Are they setting up Glencore for a similar fate in September of 2015?

The critical points in this armchair analysis are as follows:
•  Glencore is the 10th largest company on the Fortune Global 500 list of year 2015 (See graphic below)
•  Glencore’s current Chairman is Tony Hayward of BP Gulf oil spill fame who is hand-picked to be at the helm in advance of HUGE corporate catastrophes
•  Glencore’s founder was Marc Rich who received the most controversial pardon in U.S. history from President Clinton after various indictments and allegations
•  Glencore just crashed below 100 points for the first time ever after shares fell more than 8%
•  Glencore is on the cusp of losing it’s Investment Grade Rating which would profoundly devastate the entire corporate enterprise
•  Glencore is “much more AIG than Lehman Brothers” which means its collapse would have far greater global repercussions because of it myriad transnational entanglements
•  Glencore’s total liabilities are nearly $100 billion compared to Lehman’s $675 billion, but a default would likely trigger other major defaults, as in domino effect 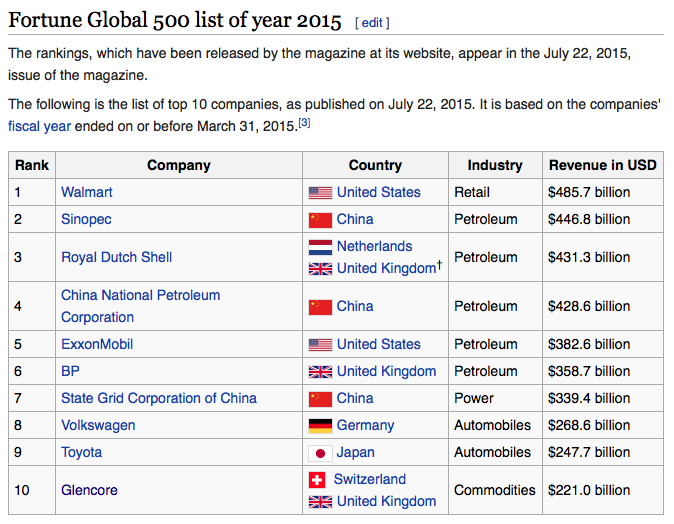 There are other serious concerns and unanswered questions about the current condition of Glencore.   When considered in the aggregate, they point directly to the possibility that it is being set up as a sacrificial lamb and inaugural event for the “The PRE-PLANNED Financial and Economic 9/11 of 2015”.  This particular narrative is discussed in much greater detail in the featured article below.

The big story here is that Goldman is again the corporate hitman. It has always fallen to Goldman to choose the fall guy, which they did by choosing Lehman Brothers in 2008.  The back story to Lehman’s collapse is now well known in certain privileged financial circles.  The key point is that Lehman Brothers was always a fierce Goldman Sachs arch rival.  And Henry Paulson was the Secretary of the Treasury throughout the crucial days of the stock market collapse of 2008.  Paulson was also a previous CEO of Goldman Sachs.  The following link reveals some of the most obvious and incriminating details:  ECONOMIC 9-11:  DID LEHMAN BROTHERS FALL OR WAS IT PUSHED?

Here’s what Goldman just did which was responsible for the Glencore posting a record low: Glencore Drops to Record Low as Goldman Flags Credit Concern.  This additional headline doesn’t help Glencore either: Glencore crashes lower than 100p for first time ever after Goldman Sachs says credit rating might be screwed.

Anatomy of a Controlled Corporate Demolition in Advance as follows:

Is Goldman Preparing To Sacrifice The Next “Lehman”

One of the more “unmentionable” conspiracy theories surrounding the demise of Lehman Brothers in 2008 is that this “shocking” event was in fact a well-choreographed and carefully scripted “controlled demolition”, with the Lehman Bankruptcy – the event that officially unleashed the Great Financial Crisis – getting the express prior permission of both Ben Bernanke and Hank Paulson, a former Goldman employee, whose motive was the elimination of the one firm that was then Goldman’s biggest competitor in the FICC space, and whose subsequent bailout of his former employer (Goldman Sachs and all other insolvent banks) would lead to the preservation of trillions in worthless equity courtesy of the biggest taxpayer funded bailout in history, and with billions in excess reserves parked on Goldman’s balance sheet smoothing the bank’s transition through a historic recession.

Fast forward to this week when as we reported previously, following a surge in its Credit Default Swaps, the “doomsday” scenario for Glencore is now on the table, because the market suddenly realized that Glencore’s most valuable asset, not its mines, or its trading operations, but its investment grade rating, could be stripped away.

This is what we said, after we noted that GLEN CDS had just hit a multi-year wide of 464bps (precisely as we said it would over a year ago):

We expect this CDS blowout to continue.

What’s worse, if the company is downgraded from investment grade to junk, watch as the “commodity Lehman” scenario for Glencore, which much more than a simple copper miner just happens to be one of the world’s biggest commodity trading desks, comes full cricle leading to waterfall collateral liquidations and counterparty freeze-outs as suddenly the world is reminded that there is a vast difference between a real and a rehypothecated commodity, and that all collateral rehypothecation chains are only as strong as the weakest counterparty!

Long story short: if and when Glencore loses its Investment Grade rating, it’s more or less game over, if not for the company’s already mothballed mining operation then certainly for its trading group, where “junking” would lead to numerous collateral shortfalls and margin call waterfalls, reminiscent of the ratings agency downgrade of AIG that culminated with the US bailout of the insurer.

Therefore we were not surprised earlier today to see Glencore stock crash to a new record low below 100p even as the CDS blow out continued.

We were, however, very surprised by the catalyst, because the company that managed to successfully hammer Glencore, which in our view is nothing short of the commodity “Lehman” (or perhaps AIG) was none other than Goldman, which earlier today released a report which is essentially blueprint for not only how to take away Glencore’s precious investment grade rating, but taken a few steps further, how to unleash this cycle’s commodity “Lehman event” (once again, Glencore is first and foremost a trading desk which serves as a counterparty with trillions in derivatives notional exposure to virtually every other commodity using and trading entity in the world) and taken to the extreme, how to “force” the Fed to finally unleash the helicopter money should Glencore’s failure be the catalyst the pushes the entire world into a deflationary recession, if not outright depression.

Since announcing c.$10bn of debt reduction measures on September 7 and completing a 9.9% equity placing, shares have retreated a further 14%. In our view investors are not yet convinced that Glencore has gone far enough to totally allay fears that the industrial assets can service the new lower debt level. Our scenario analysis suggests that using GS estimates for commodities prices and FX rates, Glencore’s IG rating would be secure in the medium term, but our estimates for zinc, nickel and coal prices are higher than spot prices.When we run the same analysis using spot commodity prices and spot FX rates, most of Glencore’s credit metrics would be at the border of required ranges to maintain its IG rating. Finally, a 5% drop in spot commodity and flat FX would see most of Glencore’s credit rating metrics fall well outside the required range to maintain its IG rating, suggesting concerns would quickly resurface. Glencore has a few levers left – further lowering capex, signing streaming deals and releasing more working capital. Recent underperformance suggests that the measures exercised are insufficient and more is needed. We remain Neutral rated but expect continued volatility in the near term.

Why is Glencore’s IG rating so critical? As explained above, Glencore is really not so much the Lehman as the AIG of the commodity world: without an investment grade rating, a self-reinforcing collapse will begin that could ultimately terminate Glencore’s trading desk, in the process liquidating one of the world’s biggest commodity trading counterparties.

Glencore’s trading business relies heavily on short-term credit to finance commodity deals and its financing costs would increase if it were to lose its Investment Grade credit rating. In addition, it could even lose some counterparties due to increased counterparty risk.

That’s putting it mildly: what a junking of Glencore would do, is start a collateral demand waterfall cascade that the cash-strapped company simply would not be able to sustain.

So having laid out the strawman, Goldman next, very conveniently, explains just what would take for the Investment Grade trap to slam shut:

it would only take a c.5% fall in spot commodities prices for concerns about its credit rating to resurface

For those who enjoy playing with numbers, here is Goldman’s real “Doomsday” scenario: the one which sees Glencore’s IG rating stripped. As Goldman admits, all it would take is a small 5% drop in commodity prices from here:

If commodity prices were to fall 5% from current levels – which we do not consider to be a far-fetched assumption given the downside risk to commodity consumption in China – we believe that concerns about its IG credit rating would quickly resurface. Under this scenario, we estimate that most of Glencore’s credit rating metrics would fall well outside the required ranges to maintain its IG rating, and as early as the next reporting period (FY15).

Although Glencore has a few levers left in the event commodity prices continue their leg down (such as deferring capex and executing streaming deals), the key point to highlight is that executing these options would take time. That said the recent announcement by Silver Wheaton that it is working with Glencore on the streaming deal highlights that management is focused on bolstering its balance sheet.

It goes without saying that courtesy of HFTs and China’s hard landing, a 5% drop in commodities could happen overnight.

So if one is so inclined, and puts on the conspiracy theory hat mentioned at the beginning of this post, Goldman may have just laid out the strawman for the next mega bailout which goes roughly as follows:

Too far-fetched? Perhaps. But keep an eye out for a Glencore downgrade from Investment Grade. If that happens, it may be a good time to quietly get out of Dodge for the time being. Just in case.