3 Former Executives to Be Prosecuted in Fukushima Nuclear Disaster 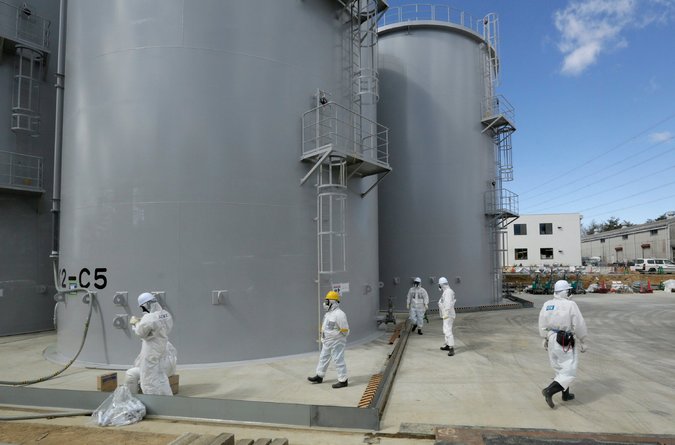 3 Former Executives to Be Prosecuted in Fukushima Nuclear Disaster

TOKYO — In the first criminal prosecutions of officials connected to the Fukushima nuclear plant disaster of 2011, the Japanese authorities said Friday that they would move forward with cases against three former executives of the Tokyo Electric Power Company, the owner of the plant where reactors melted down after a tsunami.

The move was a victory for citizens’ groups that have been pursuing charges against dozens of officials at Tokyo Electric Power, known as Tepco, and the government, with no success until now. Prosecutors had twice rejected requests to indict the three former Tepco executives, but a review board overruled their decision on Friday and ordered that charges be brought. 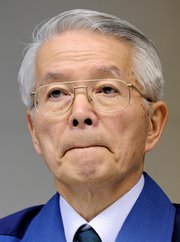 Tsunehisa Katsumata, the chairman of Tepco at the time of the accident.       CreditFranck Robichon/European Pressphoto Agency

“We had given up hope that there would be a criminal trial,” said Ruiko Muto, an opponent of nuclear power who leads the Fukushima Nuclear Disaster Plaintiffs Group, an umbrella organization representing about 15,000 people, including residents displaced by the accident and their supporters. “We’ve finally gotten this far.”

Tens of thousands of people who lived near the Fukushima Daiichi power plant have been separated from their homes since the meltdowns at three of the facility’s reactors, which spread radiation across a wide area. Evacuation orders have been lifted in some parts of the affected zone, but many former residents are still reluctant to return because they fear for their health or because they no longer have jobs to support them there.

It is rare for prosecutors’ discretion over indictments to be challenged in Japan. The reversal was ordered by a panel of 11 private citizens, convened through a rarely used feature of the Japanese legal system that allows outsiders to review prosecutors’ decisions under certain circumstances.

It was the second time that such a panel, known as a committee for the inquest of prosecution, had determined that the former executives should be prosecuted. The first panel delivered its conclusion last year, after the Tokyo district prosecutors’ office rejected a criminal complaint against the executives filed by the plaintiffs group.

The prosecutors declined to act on the first panel’s recommendation, but the plaintiffs group appealed, and a second and final panel was convened. Under the rules governing the review panels, the second panel’s decision is binding on prosecutors.

The three executives who face indictment are Tsunehisa Katsumata, 75, the chairman of Tepco at the time of the accident, and two former heads of the utility’s nuclear division, Sakae Muto, 65, and Ichiro Takekuro, 69. The review panel ordered that they be charged with professional negligence resulting in death.

Tokyo Electric Power declined to comment on the panel’s decision.

Though the indictments represent a long-sought symbolic achievement for the antinuclear movement, the likelihood that the men will be found guilty at trial may be low. When Japanese prosecutors bring charges on their own initiative, they win convictions more than 99 percent of the time, but cases forced on them by citizens’ review panels are different. Almost by definition, they involve charges that prosecutors saw little hope of proving.

Nobuo Gohara, a former prosecutor, said a large majority of such cases result in acquittals. To convict the Tokyo Electric Power executives, prosecutors would have to prove that their failure to predict the massive tsunami that struck Fukushima’s coast in March 2011 and to equip the power plant with sufficient protections against it constituted an act of criminal oversight.

Even proving that the meltdowns killed people could be difficult, he said. A number of deaths have been linked to the evacuation, mostly of elderly nursing home and hospital patients whose weakened conditions made them vulnerable to being moved under chaotic circumstances, but the accident did not result in deaths from radiation poisoning.

“This is a very unusual case,” Mr. Gohara said. “The hurdles to conviction are high.”