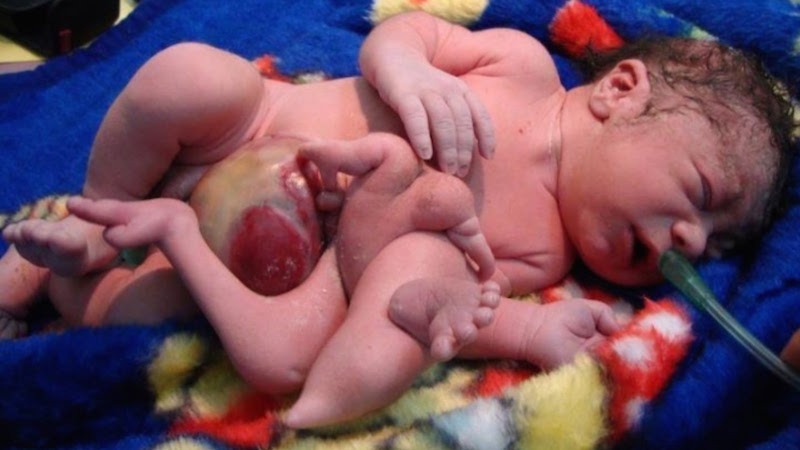 THE GREATEST CRIME OF HISTORIC TIME

“The greatest crime against humanity in all historic time has now been committed by the United States government. It dwarfs Joseph Stalin’s killing of 7,000,000 Ukrainians in the 1930s and Adolph Hitler’s killing of 6,000,000 Jewish people in the 1940s. This crime will cause the premature deaths of TENS of MILLIONS of people and will give a horribly debilitating disease to TENS of MILLIONS more. It is indiscriminate mass murder – genocide. My statements may be dramatic, but they are absolutely true.

“Since October of 2001, the United States military has used approximately 3,000 tons of depleted uranium munitions against people in Afghanistan and Iraq. This will soon cause serious health issues including respiratory disease, kidney problems, rashes, birth defects, and the number of cancers of these people will jump to over 500,000 each year. How do I know this? Because the United States military used 375 tons of depleted uranium munitions against Iraq in 1991, and the cancer rate in children measured in Iraqi hospitals rose from 32,000 per year in 1990 to 130,000 in 1997. According to U.S. Department of Veterans Affairs official reports, U.S. casualties from Gulf War 1 now exceed 180,000 and already over 30,000 are now disabled from Gulf War 2. We’ve now used eight times what we did in 1991 and radiation has long been known to cause cancer. This is well known by our federal government.

“In a document dated October 30, 1943 and declassified June 5, 1974, three major scientists (Drs. James Conant, A. H. Compton, and H. C. Urey) wrote to Brigadier General Leslie R. Groves, who was the head of the atom bomb project, concerning ‘Radioactive materials as a military weapon’. In that document they stated:

“As a gas warfare instrument the material would be ground into particles of microscopic size to form dust and smoke and distributed by a ground-fired projectile, land vehicles, or aerial bombs. In this form it would be inhaled by personnel. The amount necessary to cause death to a person inhaling the material is extremely small. It has been estimated that one millionth of a gram accumulating in a person’s body would be fatal. There are no known methods of treatment for such a casualty.”

“Proponents of depleted uranium weaponry will state that depleted uranium is only half as radioactive as normal uranium, which is true. This would mean that it would take TWO millionths of a gram accumulating in a person’s body to be fatal, according to Conant, Compton and Urey. Unfortunately, it isn’t known exactly how much uranium ore would be sufficient to cause death over a short period of time, but we do know it caused the cancer deaths of workers during the two years the Manhattan Project existed in making our first three atomic bombs. Since then, scientists have learned a lot more about the debilitating effects to animals exposed to higher-than-normal radiation levels.

“In fact, increased cancer rates downwind of American nuclear power plants are well documented, even though not well reported. Nuclear power plants in the United States release small amounts of radioactive gases on a daily or weekly basis. Compared to the depleted uranium usage in Iraq and Afghanistan, these are extremely small amounts, but the communities that live within fifty miles of the normal downwind area from these nuclear power plants have higher rates of cancer. One particularly telling fact is where nuclear reactors have been shut down for a few years and then restarted. The cancer rate among infants and young children who were born after the shutdown quickly fell to national averages, before rising again after the reactors were restarted.

“It takes about eight tons of regular uranium ore to make one ton of enriched uranium to be used in nuclear power plants. This leaves seven tons of depleted uranium. Depleted uranium is composed primarily of three isotopes of uranium; it is 99.8% U-238, 0.2% U-235 and 0.0008% U-234; collectively one microgram of it will constantly emit about 120 alpha particles every day for millions of years. One alpha particle has enough energy to disrupt the genetic information in the nucleus of a cell, but when this happens hundreds of local cells are affected by the instability of the zapped cell.

“We have already found depleted uranium in Iraq twenty five miles from an impact site. This It can be breathed in or ingested from food and drink. Particles on the order of 2.5 microns are perfect for implanting themselves in our lungs. A small number of these would be like smoking over ten packs of cigarettes every day forever, and children one, two and five years old are getting this into their lungs.

“If we used 375 tons of depleted uranium in the first Gulf War, think how the people of Iraq and Afghanistan will feel and be affected now that we have used 3,000 tons of DU against them. And its terrible effects will be there forever.

“What we are doing is indiscriminate genocide of the Muslim people in the Middle East. The wind blows in all directions and Iran, Saudi Arabia, Kuwait, Pakistan, Syria and Turkmenistan are all Muslim countries on Iraq’s and Afghanistan’s borders. (Note by author: In fact, DU was detected by radiation monitors in England in 2003, and some say it is in the global air currents.)”

You can read the full article (5 pages) at: