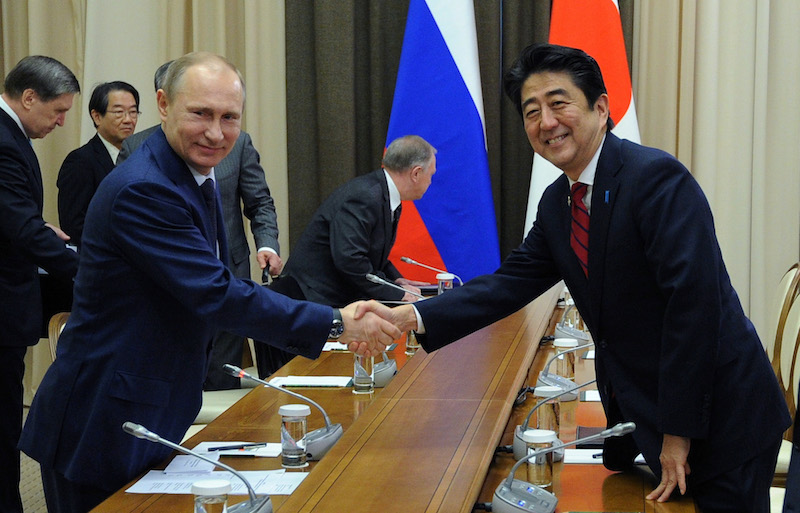 Shinzo Abe said he and Russian President Vladimir Putin are developing a relationship of trust. TOKYO (Sputnik) — Japanese Prime Minister Shinzo Abe said he is committed to working toward the conclusion of a peace treaty with Russia, Kyodo news agency reported Thursday.“I want to make an effort toward the conclusion of a Japanese-Russian peace treaty by solving the [territorial] problem,” Abe said during a meeting with a group of schoolchildren, who are descendants of former inhabitants of the Southern Kuril Islands.

Abe added that he and Russian President Vladimir Putin are developing a relationship of trust.

Putin is planning to visit Tokyo this year, but the date is yet to be set.

Japan and Russia never signed a peace treaty at the end of the World War II because of Tokyo’s stance on the Southern Kurils. The islands, located in the Sea of Okhotsk, — Iturup, Kunashir, Shikotan and Habomai — were given to the Soviet Union at the end of WWII in accordance with internationally endorsed agreements. Japan, however, still lays claims to them.