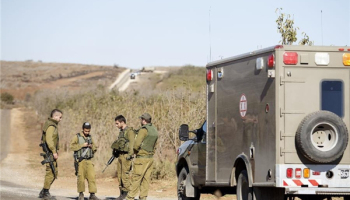 The alternative press has noted for months that Israel is supporting jihadis in Syria.  But Israel has consistently denied these allegations … until now.

The Times of Israel reported 3 weeks ago:

Defense Minister Moshe Ya’alon said Monday that Israel has been providing aid to Syrian rebels, thus keeping the Druze in Syria out of immediate danger. Israeli officials have previously balked at confirming on the record that the country has been helping forces that are fighting to overthrow Syrian President Bashar Assad.

“We’ve assisted them under two conditions,” Ya’alon said of the Israeli medical aid to the Syrian rebels, some of whom are presumably fighting with al-Qaeda affiliate al-Nusra Front to topple Syrian President Bashar Assad. “That they don’t get too close to the border, and that they don’t touch the Druze.”

Al Nusra is Al Qaeda, and closely affiliated with ISIS.  And remember, there have NEVER been any “moderate Syrian rebels” … only Islamic Sunni jihadis.

The fact of the matter is . . . there was no moderate middle. . . . [O]ur allies in the region were our largest problem in Syria. . . . They poured hundreds of millions of dollars and . . . thousands of tons of weapons into anyone who would fight against Assad except that the people who were being supplied were Al Nusra and al-Qaeda and the extremist elements of jihadis.

Not all Israelis support this effort.  For example, Jacky Hugi  – an Arab affairs analyst for Israeli army radio – recently wrote:

Israel should back Assad

Anyone who wonders why is invited to look at neighboring Iraq or distant Libya. What’s happening there is likely to happen in Syria after President Bashar al-Assad.

In choosing between one bad thing and another, the balance tips toward the regime. The Israeli security establishment should gradually abandon its emerging alliance with the Syrian rebels …

The survival of the Damascus regime guarantees stability on Israel’s northern border, and it’s a keystone to its national security.

It is a dangerous, irresponsible gamble to choose Assad’s enemies and encourage his collapse — it would be playing with fire. The prominent elements among Israel’s potential future neighbors are mainly Jabhat al-Nusra, al-Qaeda’s branch in Syria, or the Islamic State ….