Was The Charleston Church Shooting Yet Another False Flag Distraction Event? 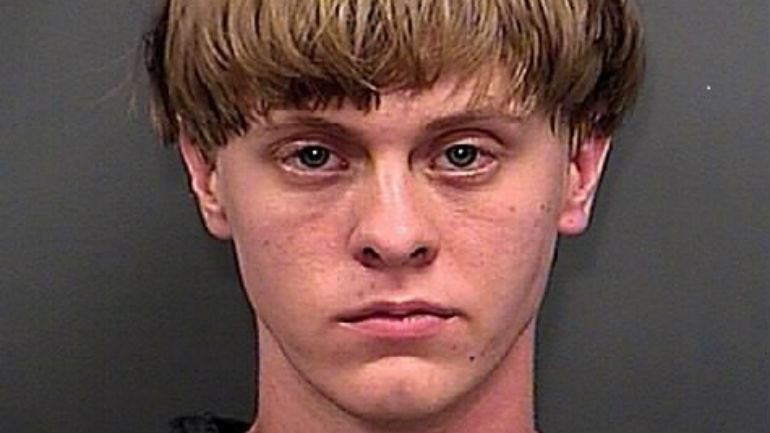 Why are young, white, drug-crazed killers always paraded before the public in the immediate aftermath of every massacre? Who is giving them these powerful psychoactive and psychotropic drugs. And how are they being programmed to commit such senseless and shocking violence.

Was The Charleston Church Shooting Yet Another False Flag Distraction Event? Michael Thomas
State of the Nation

The timing of the Charleston church shooting is very suspicious, indeed, occurring the evening before the House Republicans quickly rammed through the Fast-track Trade Bill. That this highly consequential vote took place with so little advance notice is quite suspect as well. The mainstream media was practically AWOL, even after they were all over the issue prior to the first House tandem votes on TPA.

The U.S Federal Government and their agents regularly use these “weapons of mass distraction” whenever they need to distract the body politic from what they’re really doing in Washington. It has actually become expected that there will be a false flag attack, or mass murder, or shocking assassination, which always serves to sufficiently divert the attention of the citizenry from the crimes that elected officials routinely commit against the American people.

When, pray tell, will the American people wakeup?!

By the way, this heinous church shooting also appears to have been carefully staged to be another “shock and awe” attempt to sway the American people into an abrogation of the 2nd Amendment. Obama et al. are determined to strip the populace of their constitutional gun rights. Before he leaves office, he will do everything to accomplish that feat of political legerdemain, also known as naked governmental betrayal.

What follows are three headlines which appeared in rapid succession on Thursday, the day after the South Carolina church shooting.  The first one represents the manufactured problem, followed by the fabricated reaction (as well as one purpose of the distraction), and, finally, the fourth represents the final solution.   In this way the U.S. Federal Government has manufactured consent for many decades with regard to both global initiatives and federal legislation that is clearly against the interests of the people.  Oftentimes, these new laws and regulations are destructive to human health or damaging to the finances of the middle class.

Here’s the essence of their plot in the form of mainstream media headlines:

*Headline on Thursday, June 18, 2015 after the church shooting

*Headline on Thursday morning after the previous night’s church shooting

THEN: One Purpose of the Distraction

*Headline on Thursday quoting Obama throughout the day

Obama on Charleston: It’s too easy to get guns in America

The U.S. Federal Government is so used to getting whatever it wants through the use of false flag events that they just keep them rolling on across TV, smartphone and computer screens everywhere. It has become so easy for them to manufacture consent in this manner that they are now hopelessly addicted to this MO.

For that reason and many others, the citizenry of the USA is compelled to strip Washington of the power it has incessantly abused, after it stole it through unlawful legislation. Once the public trust has been violated in such profound ways, it can only be restored by starting over. The social contract that exists between any government and its citizenry can only be broken so many times.

At the risk of sounding too harsh, the following real life analogy is offered. It has never been so appropriate given the unrelenting predicament of the American people today.

Every wife who has been battered by a violent alcoholic husband eventually comes to a realization that the only rational response to the endless physical abuse is to walk out the door … and never come back.  Those unfortunate woman who fail to reach that conclusion soon enough are often killed in a drunken rage.

Welcome to the true state of affairs between the out-of control FEDs and the overly submissive citizenry.  The American people are now often referred to as ‘sheeple’ for very good reason.

While Your Attention Was Diverted to Charleston, House Passed Unconstitutional TPA