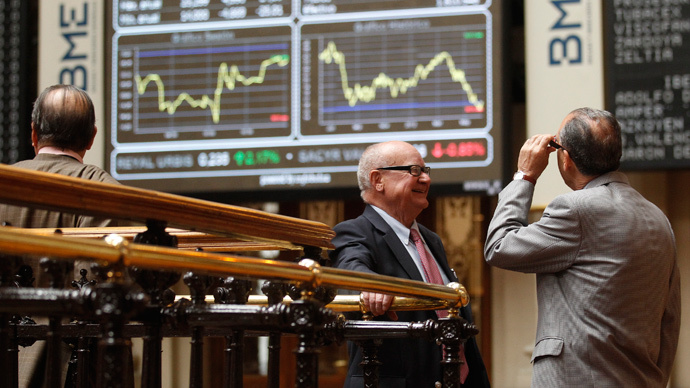 The sanctions imposed by the EU against Russia and Moscow’s retaliation would cost Europeans 100 billion euros in economic development and jeopardize up to 2.5 million jobs, a new study said.

The EU imposed the sanctions against Russia over the Ukrainian political crisis, targeting access to foreign credits and oil and gas industry. Moscow responded with countersanctions that hit European food producers. The toll the conflict takes on the EU economy is higher than Brussels initially anticipated, according to a new study by the Austrian Institute of Economic Research (WIFO).

“Our hypothesis, from last autumn, of a worsening decline in exports has become a reality,” said Oliver Fritz, one of the authors of the study, the Tribune de Genève reported.

Switzerland, which is not part of the EU but followed Brussels’ lead on sanctions, would see 45,000 jobs lost, including 5,000 in the tourism sector, the study said.

Latvia and the other Baltic states are countries that have been most hit by the sanctions, Riga Mayor Nils Usakovs told Russian Dozhd TV.

“We are paying one of the highest prices for those sanctions which were imposed on Russia and its retaliatory embargo,” he said.

When the Russian ruble started dropping, it became “very difficult to sell anything to Russia,” said Usakovs, adding that Latvia “lost a significant number of tourists.”

The sanctions policy of the European Union was criticized on Friday by Giorgos Tsipras, who heads the Greek Foreign Ministry’s economic relations department.

“The whole politics of sanctions are unproductive, they’re counterproductive, and the new Greek government from the beginning had said that it does not agree with the continuance of the sanctions,”he told the Sputnik news agency.

Greece and Russia have signed a memorandum on Greek participation in the Russian gas pipeline project, Turkish Stream, which is to replace the turbulent Ukrainian gas transit from Russia to Europe.

Other European countries like Austria and Hungary previously voiced their displeasure with the sanctions, complaining of their inefficiency and high cost for their national economies.

Earlier EU ambassadors agreed to prolong the sanctions for another six months without additional discussion. The decision is expected to be ratified by foreign ministers of member states Monday.