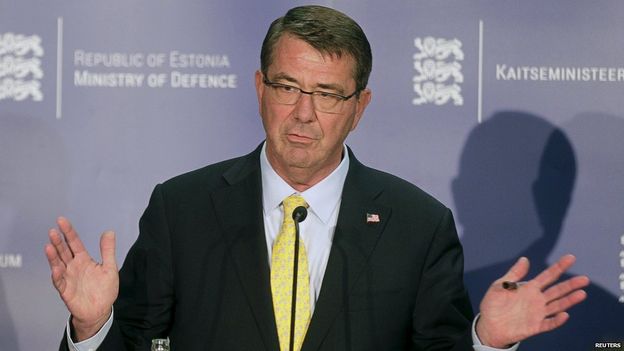 TMR Editor’s Note:
The USA has proven itself to be the most bellicose and warmongering nation in modern history. It’s Military-Industrial Complex (MIC) has foisted armaments on nations large and small across the planet. This now reviled hegemon has routinely triggered wars as a means of generating revenue and creating artificial purpose where the MIC was under threat of becoming irrelevant.

Truly, the Anglo-American Juggernaut must be stopped. Then, it must be dismantled and transitioned into a whole new constructive industrial paradigm. Instead of armaments of war, it must manufacture products of peace. Rather than imposing fake Yankee democracy on defenseless nations, it must first come to understand and learn to assimilate the very best of what other cultures, other societies, other countries and other political economies have to offer.

Toward that end the various nations which make up the Anglo-American Axis must leave the reservation defined by predatory corporate capitalism. It has become a pernicious cancer upon the planet which destroys everything it touches. The whole world has been transformed into an apocalyptic wasteland poisoned by so much of what the Anglo-American Juggernaut systematically exports.

As the article below points out, here the U.S. Federal Government is once again exporting their military hardware and weaponry; this time, right up to the very borders of Russia. How will that help?

If ever there was a time for this nation to “beat their swords into plowshares and their spears into pruning hooks” 2015 is it.

The US is to deploy heavy weapons – including tanks, armoured vehicles and artillery – in a number of European nations, amid Nato concerns over Russia’s role in Ukraine.

US Defence Secretary Ashton Carter said the equipment would be placed in Bulgaria, Estonia, Latvia, Lithuania, Poland and Romania.

Nato has vowed to boost defences in the east as ties with Russia have soured.

Russia has condemned the new Nato and US moves.

Responding earlier to reports of the planned deployment, Russian President Vladimir Putin accused Nato of “coming to our borders”.

On a visit to the Estonian capital, Tallinn, Mr Carter said each set of equipment would be enough either for a military company, or about 150 soldiers, or a battalion – roughly 750 soldiers.

Much of the equipment was already in Europe, officials said.

In addition to the six nations, Germany will also take part in the expanded military effort, but already has the US materiel.

Mr Carter said the equipment would be moved around the region to help forces in Europe train better and be more mobile.

“We intend to move those equipment sets around as exercises move around,” he said. “They’re not static.”

According to a fact-sheet provided by the US military, the deployment would include 250 tanks, Bradley fighting vehicles and self-propelled howitzer artillery guns.

Mr Carter’s announcement is the latest in a battery of measures intended to reassure Nato allies in the face of a resurgent Russia.

In 2013, the last US tanks left Europe – part of the draw-down at the end of the Cold War. About a year later, small numbers were sent back to a training range in Germany, but now much more significant numbers of armoured vehicles are being deployed.

In an effort to spread the reassurance as widely as possible, the tanks and other combat vehicles will go to seven countries: Bulgaria, Estonia, Germany, Latvia, Lithuania, Poland and Romania. This may be intended to send a signal to Moscow as well; penny packets of vehicles dispersed to a number of countries may look less threatening than a full armoured brigade in a single location.

The US has also pledged intelligence, logistical and a range of other support to Nato’s new very-high-readiness reaction force. But the message from Washington is clear. It still expects its Nato allies to take on their share of bolstering the alliance’s defences.

A Russian defence ministry official, quoted by Reuters news agency, said the placement of weapons in Nato states along the border would be the most aggressive US act since the Cold War.

Earlier this week, Mr Carter said the US would contribute weapons, aircraft and personnel to a new Nato rapid-reaction force.

Nato announced the formation of the force last year, amid concern over the potential threat from Russia and from Islamic State rebels in the Middle East.

Ties between Nato and Russia have been strained since conflict erupted in Ukraine last year.

The Ukrainian government, Western leaders and Nato say there is clear evidence that Russia is aiding the rebels in eastern Ukraine with heavy weapons and soldiers. Independent experts echo that accusation.

Moscow denies it, insisting that any Russians serving with the rebels are “volunteers”.