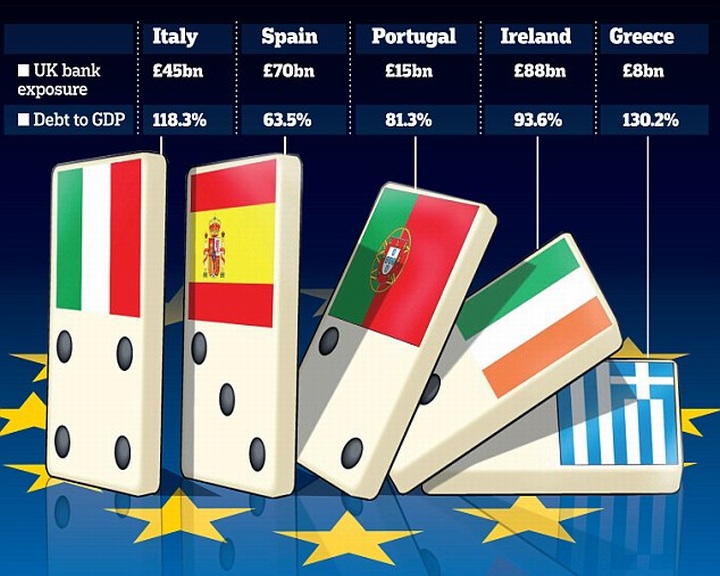 Keynes, The Great Depression And The Coming Great Default

Ideas that are held by a minority of fringe academics or polemicists sometimes become the foundations of victorious social movements after existing social institutions are undermined by a social crisis.

There seems to be an inherent optimism in the thinking of most members of the human race. It is the source of men’s sacrifice in the present for the sake of the future. We think the future is going to get better, and therefore it is worth sacrificing present consumption for the sake of future consumption. This is the basis of thrift. This is the basis of expanded capital in our society.

Basic to the success of every social revolution in the West since 1640 has been the doctrine of progress. Each revolution offers hope for the future. Usually, these have been short on details of the transition between now and the new utopia, but there is hope.

The free market was such an idea. Adam Smith was the major promoter. His disciples extended his vision of the wealth of nations. The timing was perfect: 1776. That was about the time that the Industrial Revolution began its transformation of the West and then the world.

Beginning around 1800, and limited to the Eastern shore of the United States and the British Isles, compound economic growth began. By 1820, the economic transformation was leaving irrefutable historical evidence of this transformation. Economic historians debate as to the causes of this growth, but it had never been seen before. By 1850, the world was very different. A series of inventions transformed modern agriculture, modern transportation, and communications. This was visible to everybody by 1851. That was the year of the great London exhibition. Anyone who attended that exhibition realized that the world had fundamentally changed since 1800.

We are now over two centuries into this process. It is almost impossible for us to think of a society made up of human beings who are systematically pessimistic about the future. What began in the English-speaking world of the Atlantic Coast has now spread into the villages of India and China. There is almost nowhere left on earth in which optimism regarding the economic future is not a fundamental presupposition of every village, every tribe, and every family. Economic reality finally caught up with human optimism, and then raced ahead.

There has been only one period in which economic growth has stagnated for more than a decade since 1800. That was the Great Depression, which was followed by World War II. Output of almost all goods and services declined in the 1930’s, and then the war destroyed much of the output of the first half of the 1940’s. This destruction was systematic: bombs, armies, and battles destroyed the output of military factories. Both sides were committed to the destruction of any economic growth on the other side. With the exception of the United States, all nations that were involved in the conflict suffered direct economic contraction as a result of the war. But there was full employment for the survivors — at below-market wages. There was central planning on an unprecedented scale: the ration-book economy.

In Nazi Germany and Fascist Italy, in Great Britain, in Japan, and in the United States, there was a shift of opinion away from the free market in favor of government economic planning. The supreme mark of this transformation was the acceptance of John Maynard Keynes’ unreadable book, The General Theory of Employment, Interest, and Money, which was published in 1936. A new generation of younger economists adopted this book and its outlook, which prevails today. The fascist economic idea of an alliance between government and business became almost universally accepted.

There had always been a tendency for special-interest groups to seek government subsidies. Mercantilism, 1550-1800, was a manifestation of this worldview. But, from an academic point view, economists after Adam Smith were generally not committed to anything like mercantilism. There were some who were, but they were not dominant.

There was always an appeal in the United States for federal finances and subsidies, and the mark of this was Sen. Henry Clay’s so-called American system. Abraham Lincoln was an early convert. But the size of the federal government in the overall economy was so small that these interventions were mainly limited to roads, canals, and transportation projects. In other words, there was a commitment to the government-business alliance, but there was not much government to be allied to. This changed in the 1930’s.

I am probably the only person who has ever noticed the following, but it bears repeating. The Macmillan publishing company in Great Britain published three books analyzing the causes of the Great Depression. The first one was written by a disciple of Ludwig von Mises, Lionel Robbins. He was probably the most prominent British economist favoring the free market in the 1930’s. He was a colleague of F. A. Hayek at the London School of Economics, who was also a defender of the free market, but who was an Austrian. Both of them at the time were followers of Mises. Robbins’ book was titled simply, The Great Depression. It was published in 1934. One year after Keynes’s book, in 1937, Macmillan published another economic analysis of the depression, which was also basically a defensive of the Austrian theory of the business cycle. That book was titled, Banking and the Business Cycle. Both of these books are available for downloading or purchase on the website of the Mises Institute. They are both quite readable. Keynes’ book was not readable. Yet so devastated was Robbins by the depression that he repudiated his own book in the 1940’s. It is Keynes’ book that remains in print. The other two books were essentially forgotten by 1940.

The modern fascist economy that dominates the West, meaning an economy sustained by central bank counterfeiting and central government fiscal deficits, was born during the Great Depression. It was conceived much earlier, but it took the Great Depression to provide what we can legitimately call labor pains. Most people today cannot conceive of a world without government intervention, central banking, government guarantees of all kind, and so forth. TheFederal Register turns out approximately 80,000 pages of fine print regulations every year. This regulatory order is cumulative. Most of these regulations stay on the books. They are not repealed by the bureaucrats; they are amplified by new rules.

Despite the fact that most economists say they are free marketers, only a handful of Austrian economists favor the shutting down of the Federal Reserve System. Yet in 1900, most economists in the United States were not in favor of a central bank. Institution by institution, crisis by crisis, fascist economics increases its support among academics, and it increases its support among the masses. Social Security and Medicare are simply the most visible manifestations of this outlook. The public is completely in favor of both programs.

I am arguing here that a sustained economic crisis always calls forth radical new ways of explaining the crisis. These new ways are always extensions of previous opinions. But a new generation of economists will adopt the new format of the previous opinions, including errors in some cases. That is the lesson of the Great Depression. Keynes simply baptized what politicians and central bankers were already doing.

Keynesian economics is incoherent. That is our great advantage. The defenders of Keynesian economics, when standing in front of a crowd to explain the system, proclaim its goals and describe its interventions, but they cannot explain how these interventions have in fact created wealth. The system is incoherent. This is why The General Theory is invoked but never assigned. Austrian School economists still assign Mises’ 1920 essay, “Economic Calculation in the Socialist Commonwealth.” It is readable.

The great advantage Keynesians they have is this: people find it difficult to believe in the theory first proclaimed in the 18th century, namely, that social evolution, including economic progress, is based on individual decision-making within a free market setting. The idea that coherence grows out of individual decisions, and that there is no central organizing entity, is difficult for people to believe. Adam Smith correctly named this system of unplanned providence: the invisible hand.

This quest for a visible hand initially favored faith in socialism, but now that the socialist faith has collapsed, as a result of the collapse of the Soviet Union in 1991, this leaves only Keynesianism. Keynesianism is in fact incoherent, and nobody can really explain it, but that is true of every doctrine of God. It is a question of how much mystery most people can tolerate. At some point, this issue will arise: how much economic pain they are willing to tolerate.

So, in the back of most people’s minds in 1929 was faith in some kind of god. As long as the money kept flowing, and economy kept growing, people believed that the boom would last forever. This was basic to their optimism. They weren’t sure exactly why the boom was taking place, but they figured that it was forever. They wanted to believe that good times would last. But good times did not last.

It is the job of those intellectuals who favor a new outlook to work on the details of this outlook until such time as a revolutionary figure gains political support, and some new apologist for the revolutionary worldview comes to the forefront and begins to gain disciples. The power of ideas alone does not produce revolutions. There has to be a social setting to allow the catalyst of revolutionary ideas to produce a social and political transformation.

This is why the Great Default of all of the Western welfare states is going to create tremendous opportunities for new ideas to come to the forefront. It is going to undermine and ultimately destroy the Keynesian worldview. This is a great opportunity for younger anti-Keynesians to stake their claims to what appears to be a played-out mine. That is why I outlined my Keynes project.

The body of intellectual materials favoring the free market is vastly larger today than it was in 1940, 1950, or 1960. These older materials went out of print. But today, because of PDF page images and the World Wide Web, the Mises Institute has posted hundreds of volumes. In addition, there is a constant stream of new materials being produced online. We await only the catalyst of the Great Default to produce conditions necessary for the transformation of these academic ideas into effective political programs, especially at the local level. Decentralization is the wave of the future. True Free trade and the World Wide Web will supply the benefits of internationalism. The global bureaucrats will not.

When the Keynesian medicine cabinet is visibly bare, people will want explanations of why it is bare and why the economy is sick. Most of all, people will want suggestions for how the cupboard can be filled up with something that heals sickness. I am working on this. So are thousands of other writers. It is not 1970 any longer. The print publishing oligopoly is dying.

Ideas have consequences, but not in a social vacuum.