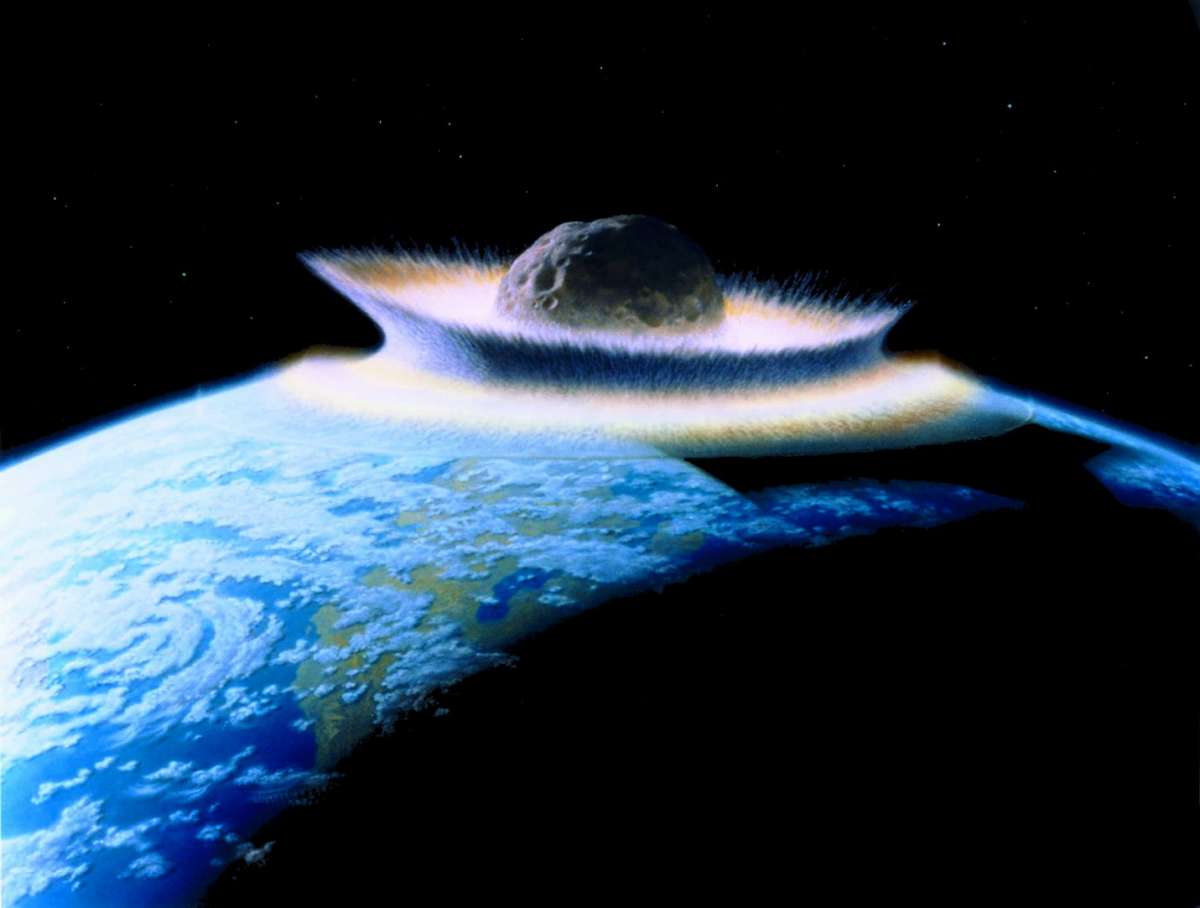 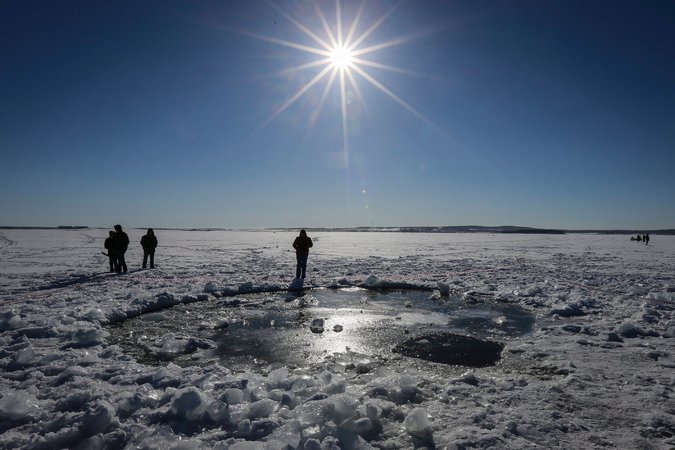 A hole in the ice of a frozen lake near Chelyabinsk, Russia, in 2013 after a 7,000-ton meteoroid exploded over the city. Credit Sergei Ilnitsky/European Pressphoto Agency

In grappling with the threat of doomsday rocks from outer space, Hollywood has always been far ahead of the federal government, cranking out thrillers full of swashbuckling heroes, rockets and nuclear blasts that save the planet.

Now Washington is catching up.

On Wednesday, the nation’s agencies that build civilian rockets and nuclear arms sealed an agreement to start working together on planetary defense. The goal is to learn how to better deflect comets and asteroids that might endanger cities and, in the case of very large intruders, the planet as a whole.

“Often, these agencies focus on their own pieces of the puzzle, so anything that brings them together is a good thing,” said Bruce Betts, director of science and technology at the Planetary Society, a nonprofit group that promotes space exploration.

Comets and asteroids are part of the cosmic rubble left over from the birth of the solar system. Comets, made of dirty ice, visit Earth’s neighborhood only when knocked loose from their home orbits beyond Pluto. That makes their movement somewhat unpredictable. Asteroids, made of rock, fly mostly in a belt between Mars and Jupiter. Their orbits can be calculated with great precision if astronomers can spot the dim objects.

Rocky debris rains down steadily on Earth, mostly as dust grains and tiny pebbles. But every once in a while a tumbling giant, miles wide, such as the one thought to have done in the dinosaurs, zooms past the planet.

In 2013, this extraterrestrial threat gained new credibility after a 7,000-ton rock — roughly 60 feet wide and technically a meteoroid, smaller than an asteroid — exploded over the Russian city of Chelyabinsk, injuring 1,500 people, mainly as shards flew from shattered windows. The dazzling light from the rocky intruder blinded eyes and burned skin even though the temperature that day was far below freezing.

The two agencies — NASA and the National Nuclear Security Administration — have long studied such threats on their own. They have surveyed the cosmic debris, designed rocket interceptors and run supercomputer simulations to see if a nuclear blast could nudge a large asteroid off course.

In interviews, federal officials and private experts said the new interagency agreement would deepen the levels of expert cooperation and governmental planning, ultimately increasing the chances of a successful deflection.

“It’s a big step forward,” said Kevin Greenaugh, a senior official at the nuclear security agency. “Whenever you have multiple agencies coming together for the common defense, that’s news.”

But scientists who favor nonnuclear means of asteroid interception said the atomic method would become suitable only if a large threat materialized too quickly for countermeasures that were less powerful.

“I’d like to see it as a last-ditch option,” said H. Jay Melosh, a geophysicist at Purdue University who served on a national panel in 2010 that evaluated the extraterrestrial threats.

The new federal step comes amid rising public and private interest in the loose cannons of the cosmos. This year, NASA unveiled a website that lets visitors explore the cratered surface of Vesta, one of the solar system’s largest asteroids at more than 300 miles across. The agency also released acomputer app that — at least in theory — lets amateur astronomers help the agency find new asteroids.

On June 30, experts and advocates, including Brian May, an astrophysicist who is a founding member and the lead guitarist of the rock band Queen, are holding a global awareness campaign called Asteroid Day. The date is the anniversary of the largest asteroid impact in recent history — in 1908, when a cosmic intruder toppled millions of trees in Siberia with a blast judged a thousand times more powerful than the nuclear bomb that leveled Hiroshima.

An example of prior federal research comes from the Los Alamos weapons lab in New Mexico, the birthplace of the bomb. An astrophysicist there, Robert Weaver, ran supercomputer simulations that the lab hailed in an article two years ago as exploratory steps for “Killing Killer Asteroids.” It quoted him as saying such research “will hopefully give policy makers a better understanding of what their options are.”

And eight years ago, NASA scientists detailed plans for an interceptor rocket tipped with a B83 — a warhead about 75 times as powerful as the Hiroshima bomb.

In interviews, officials have declined to say whether any specific arms in the nation’s nuclear arsenal have been set aside for countering extraterrestrial strikes.

“There’s a discussion,” David S.P. Dearborn, an astrophysicist at the Lawrence Livermore National Laboratory in California, said in an interview, “about what should be held onto” even as the country seeks to modernize and trim its nuclear stockpile in accordance with disarmament treaties.

A global disaster, scientists say, would require the impact of an asteroid or comet having a diameter of at least three-fifths of a mile. So far, they have found about 1,000 such objects that periodically cross the Earth’s path, though none are seen as posing a collision threat in the foreseeable future.

Still, scientists estimate that millions of smaller rocks whirl on paths close to the planet, most of them untracked, and warrant much closer scrutiny lest they batter cities and cripple regions.

“It’s more complex than most people realize,” Dr. Betts of the Planetary Society said of a mission to deflect a speeding boulder, especially with a nuclear warhead. “Ideally,” he added, “we won’t have to use it, but we should talk about it and understand it before having to make the hard decisions.”