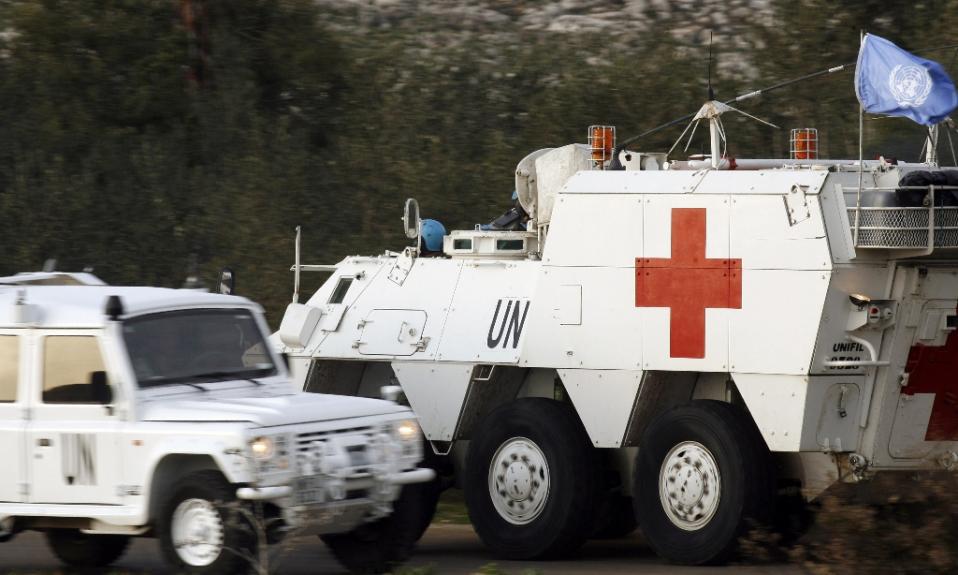 Spanish UN peacekeepers drive an armoured emergency vehicle after picking up the body of a 36-year-old Spanish UN soldier who was killed as the Israeli military shelled border areas in the Lebanese village of Abbassiyeh, January 28, 2015 (AFP Photo/Mahmoud Zayyat)

Madrid (AFP) – A confidential Spanish military report on the death of a Spanish UN peacekeeper in Israeli shelling in Lebanon said he was manning a post that appeared to have been targeted, a newspaper reported Sunday.

Corporal Ivan Lopez Sanchez, who was stationed nearby, told investigators that the UN position was clearly targeted.

“Every time, they corrected the trajectory from Majidiye to the 4-28” post, where the UNIFIL peacekeepers were stationed, he said.

Spain and Israel have agreed to carry out a joint probe into the death of 36-year-old corporal Javier Soria Toledo.

Another Spanish soldier, Sergeant Julio Xavier Garcia, echoed Sanchez, saying the shells initially fell about 500 metres (yards) north of the UN post and then they “corrected the trajectory towards the position.”

A third soldier said fragmentation bombs were used in the attack and that the shelling finally appeared to target the main watch tower.

El Pais quoted a UN report which said that Israel had warned the UN peacekeepers at 11:40 am not to venture out, without giving any explanation.

Between 11:48 am and 1:43 pm, nearly 120 artillery shells, 90 mortar grenades and five projectiles were fired in the area, El Pais quoted the report as saying.