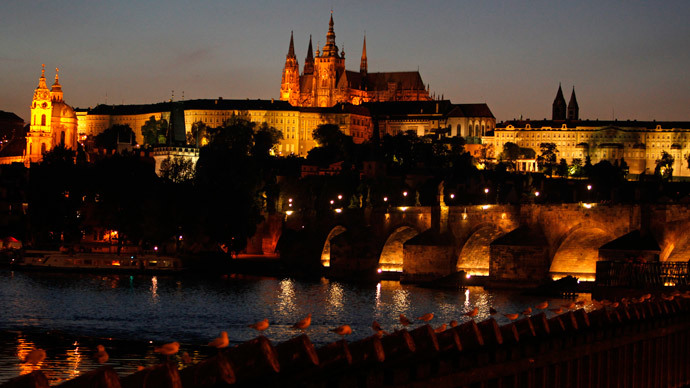 TMR Editor’s Note:
U.S. interference in the affairs of other sovereign nations knows no bounds. The arrogance of the U.S. Department of State is now thoroughly institutionalized and operates without any restraint. It’s as though every U.S. embassy attempts to function as the seat of government in every nation on Earth.

Woe to those who do not bow before the U.S. ambassador. Surely a CIA-coordinated color revolution will show up in any capital city that has not sufficiently deferred to the U.S envoy. Each American consulate is now outfitted as a CIA satellite office ready to execute a civil war via Facebook while Twittering protests in the central square.

One wonders why any country in the world would continue to permit a U.S. presence within their borders, so outrightly seditious has the State Department become in both method and motivation.

Leader of the Czech Republc, Miloš Zeman, says he won’t let any ambassador of another nation intrude with advice over his foreign visits. This comes as the US Ambassador criticized Zeman’s plans to go to Moscow’s celebration of the WWII parade.

“I’m afraid, after this statement the doors of the Prague Castle are closed for Ambassador Schapiro,”Zeman told Parlamentni Listy webportal on Saturday. Prague Castle is the president’s official residence and office. Earlier, the US ambassador to the Czech Republic, Andrew Schapiro, criticized Zeman’s decision to go to Russia for Victory Day celebrations in May. He called the plans “short-sighted”, as it would “be awkward” if the Czech president was the only statesman from an EU country on Red Square.

“I cannot imagine a Czech ambassador in Washington giving advice to the US president on where he should travel,” Zeman said. “I will not let any ambassador interfere with the program of my foreign trips.”

In the interview, the president also voiced his concern over the current Western attempts to isolate Russia.

“It is essential to maintain and develop relations with Russia not only on a commercial basis, but also, for instance, based on the strategic partnership in the fight against international terrorism,” he said.

Previously, Zeman said that his visit to Russia would be a “sign of gratitude for not having to speak German in this country.” He also intended to pay tribute to the memory of 150,000 Soviet soldiers who died liberating Czechoslovakia.

Washington is just panicking because it is apparently failing to isolate Russia, said the head of the State Duma Foreign Relations Committee Aleksey Pushkov.

“Judging by the hysteria of the US Ambassador to the Czech Republic, Washington is nervous about Western countries’ leaders traveling to Moscow on May 9. Scared that the isolation will not work,”Pushkov said on Twitter.

Andrew Schapiro, 51, is a Chicago lawyer who became an ambassador only half a year ago. 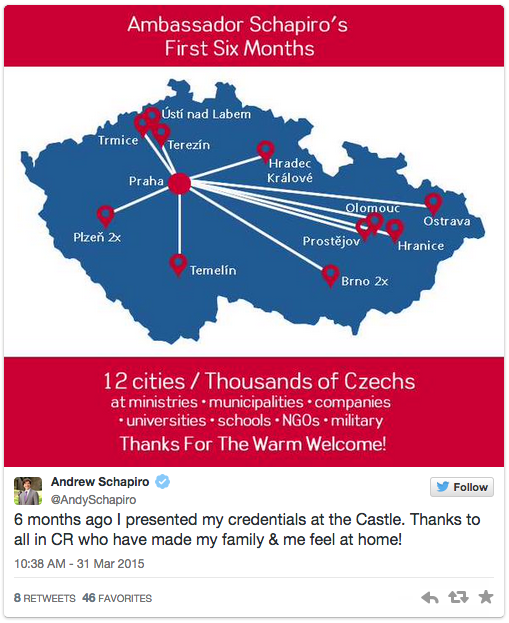 By Saturday, 25 foreign leaders and several international organizations confirmed their participation in the celebration of the 70th anniversary of the Victory in the Great Patriotic War that is to take place in Moscow on May 9, the head of the Kremlin administration Sergey Ivanov said.

The Soviet Union lost over 11 million soldiers during the war, constituting the biggest death toll among other members of the coalition, fighting against Nazi Germany. Military parades to mark the victory in the Second World War are to take place on the streets of 26 Russian cities.