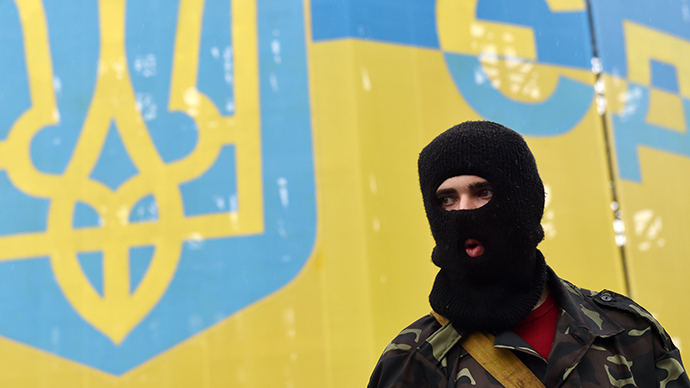 Western powers want to find common ground with Russia and end their confrontational approach over Ukraine, the EU’s foreign policy chief told Italian media. She denied that the EU differs from the US in its position towards dealing with the crisis.

Federica Mogherini, High Representative of the European Union for Foreign Affairs and Security Policy, identified Ukraine as one of the top conflicts worrying Europe, especially regarding its impact on the eurozone’s relations with Russia.

During an interview with Italy’s la Repubblica newspaper, Mogherini suggested opening up direct dialogue with Moscow.

“On the one hand, we should strengthen our support for Ukraine, where the internal economic situation could very quickly become very serious. And, on the other hand, we should begin a direct debate with Moscow on our relations and the role Russia could play in other scenarios of the crisis,” Mogherini said.

“Even in Kiev everyone asks the question of how the conflict could be brought to an end,” the official added, saying that the situation is “very difficult for Russia.” She added that it is in Moscow’s interest to “cooperate.” At the same time, Mogherini rejected the idea that the EU’s position on the crisis differs from that of the US.

Mogherini said that Washington’s views on Russia match those of Europe, adding that“everyone wants to get out of the logic of confrontation.”

READ MORE: Obama signs Russia sanctions bill, no plans to use it for now

The EU foreign policy chief also identified situations in the Middle East and Libya as major concerns for Europe, pointing out that Russia plays a significant role on the international arena and could help to resolve those conflicts.

“We all know Russia plays an important role not only in Ukraine, but also in Syria, Iran, the Middle East, Libya,” she said. More sanctions against Russia are ‘unwise and harmful’

Meanwhile, Austrian President Heinz Fischer warned against intensifying sanctions against Russia, calling the move “unwise and harmful” in an interview to Wirtschaftsblatt newspaper.

The approach that more and more sanctions should be implemented against Russia until it is“weak enough” to forcefully accept the EU’s own “political objectives” is a mistake, according to Fischer.

“I support those who say that we have reached a stage where…the imposition of new sanctions against Russia will continue to hinder its development, but will not bring us closer to an amicable solution,” Fischer said, adding that it will only create a deeper rift.

“The Russian economy has a certain degree of robustness, but the sanctions pose considerable problems…a serious crisis in Russia and an economic collapse would only create more problems. The doors between Europe and Russia must remain open in the economic field,” he stressed. A woman enters a destroyed building after it was damaged by recent shelling in the western part of Donetsk, eastern Ukraine (Reuters / Antonio Bronic)

What the Ukraine crisis needs are talks around decentralization reforms, Fischer noted.

“Serious talk of reforms in the area of decentralization or federalization would have to be done, which would foster a situation in eastern Ukraine where both sides could live together.”

In terms of moving towards a solution in Ukraine, a respected ceasefire and reasonable dialogue would need to be observed, Fischer added.

According to the Austrian leader, the EU overestimated the appeal of the free trade deal, which forced Ukraine to choose between Europe and Russia.

“Brussels apparently overestimated the attractiveness of European Association Agreement compared to the other option for Ukraine – namely the offer from Russia,” he said. “It was recognized only at the last moment that it was a real ordeal for Ukraine to choose between EU offer and the billion offer from [Russian President] Vladimir Putin, which was better suited for the realities faced by Ukraine in the fall of 2013.”

Ukraine needs to be free to build its own relationships with both Europe and Russia, Fischer concluded. A Ukrainian serviceman stands at a checkpoint in Schastya, near the eastern Ukrainian town of Lugansk (Reuters/David Mdzinarishvili)