Putin: ‘US wants to subdue Russia, but no one did or ever will’ 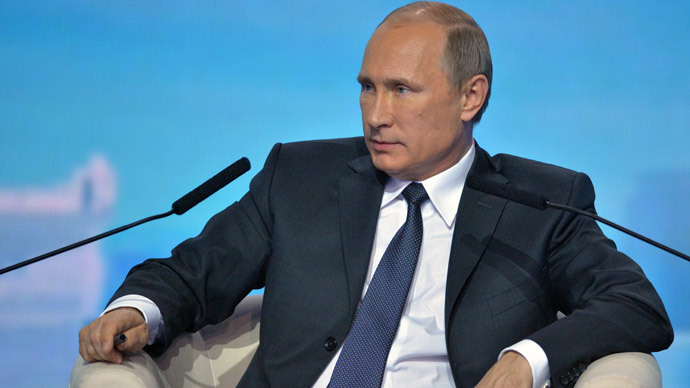 Putin: ‘US wants to subdue Russia, but no one did or ever will’

The US has no plans to humiliate Russia, but instead wants to subdue it, Russian President Vladimir Putin has said, adding that no one had ever succeeded in doing so – and never will.

Speaking at a forum of the All-Russia Peoples’ Front in Moscow on Tuesday, the Russian leader said that history was not about to change, and that no one would manage to suppress the country.

“Throughout history no one has ever managed to do so toward Russia – and no one ever will,” Putin said.

Responding to a question about whether America was trying to humiliate Russia, Putin disagreed, saying that the US wanted “to solve their problems at our expense.”

Putin also argued that common Western values might have shifted, and the term should not be overused. Democracy does not provide rights for a coup and genocide, he said.