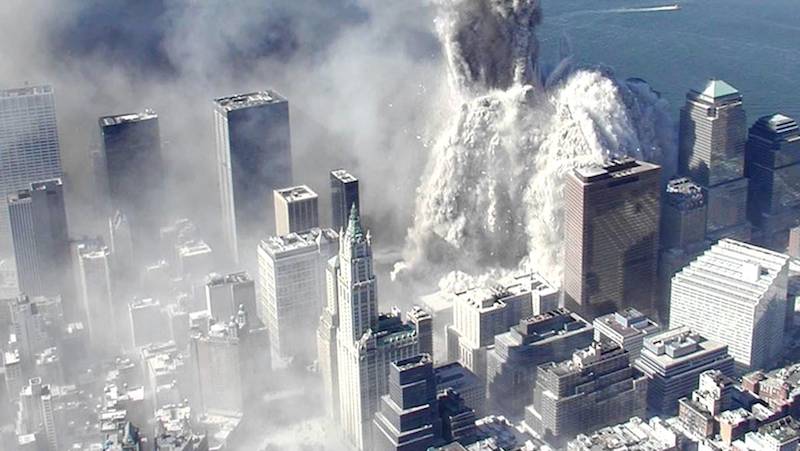 Once again the Architects & Engineers for 9/11 Truth (A&E) have produced an indisputable white paper which exposes the official NIST Report as a deliberate coverup. This authoritative document reveals so much fraudulent data and fake science, so many fabricated theories and false conclusions, that NIST will never be taken seriously again.

When over two thousand architects and engineers coalesce around the notion that the US Federal Government has perpetrated such a fraud on the American people, there exists an immediate mandate to fully investigate the 9/11 terrorists attacks.  Numerous high integrity investigations have now shown that the government used taxpayer money to purposefully fabricate the 9/11 Commission Report[1].  The bogus NIST Report is just one of several which was concocted to deceive the American people regarding the most destructive and murderous terrorist attacks ever committed on US soil. The following table of contents from the recently released A&E white paper offers a quick glance at some of the most serious factual errors and omissions contained in the NIST Report.  Detailed explanations of each bullet point delineated below can be found at the following link: ‘Official’ NIST Report Shattered by Architects & Engineers for 9/11 Truth White Paper

Each one of the 25 problem areas listed above stands as a serious assault on the government’s official narrative.  Many of them serve to outright disprove some of the most critical of the NIST Report claims.  All taken together it can now be stated categorically that the causes of the World Trade Center building collapses are not what the 9/11 Commission Report delineated.  Therefore, the only irrefutable conclusion is that the Bush Administration coordinated a premeditated coverup, after executing what amounts to a classic “inside job”.

Evidence And Testimony Points To A US Federal Government Conceived, Coordinated And Covered Up 9/11 False Flag Operation

Because of the number and profundity of the falsified claims and fictitious findings contained in the NIST Report, there can only be one conclusion: That the US Federal Government coordinated and participated directly in the 9/11 terrorist attacks.  This only remaining and most reasonable deduction has been since corroborated by many credible witnesses.  Experts and authorities inside and outside government have presented their evidence and offered their testimony clearly demonstrating US Government involvement.

In light of these revelations, perhaps it is time to heed the recommendations of the editor of this extremely consequential white paper.  As follows:

“In recent years, various members of the AE911Truth team have been working on a white paper titled “Areas of Specific Concern in the NIST WTC Reports.” Last month they finally completed the document. Its 25 concise points offer the most convincing proof that the reports produced by the National Institute of Standards and Technology (NIST) on the September 11, 2001, destruction of the three World Trade Center buildings were unscientific and fraudulent. The authors of “The 25 Points” designed the document to provide material that would compel the convening of a grand jury. Whether or not a grand jury is ever impaneled in any jurisdiction, though, readers of this white paper have the duty and privilege of acting as a virtual grand jury in all jurisdictions. After weighing the evidence meticulously laid out in “The 25 Points,” readers can, by their resulting actions, help determine whether there will one day be a new, fully funded, truly independent, wholly transparent, and unimpeachably honest investigation of 9/11.”[2]

There are many who have gone much further than this suggestion. In light of the overwhelming amount of evidence that proves — scientifically, anecdotally and circumstantially — that the US Federal Government perpetrated the 9/11 attacks as a calculated false flag operation, a new investigation must be commenced. In addition to a new 9/11 Presidential Commission being established, Congressional hearings must be initiated post haste. Likewise, a special prosecutor must be appointed by the Obama Administration if the current government is to retain even a modicum of credibility. Crime of the Millennium = Historic Failure of Government

The US Government-sponsored 9/11 attacks on its own citizenry represent not only unrivaled crimes against America, they also represent crimes against humanity. Particularly because of the number of wars[3], which have been predicated on this false flag operation, must these crimes against the people of the world be prosecuted within the International Court of Justice at the Hague.  The government crimes of 9/11 ought to be further prosecuted within the realm US Common Law, since the current US Criminal Justice System appears to be unable to faithfully carry out its statutory duties on behalf of the American people.

In the end, 9/11 will go down in world history as perhaps the greatest deception by a government ever committed against a nation.  Not only was it a gross violation of the public trust and profound breach of the social contract, it represents an unparalleled and unprecedented failure of government on every level.  A careful analysis of the public record clearly indicates that government officials at the federal, state, county and municipal levels were complicit by their actions and inactions on 9/11/01.

Because the 9/11 coverup continues to this very day, the Mainstream Media has also indicted itself.  The New York Times, The Washington Post, USA Today, and The Wall Street Journal are just a few of the dominant print news outlets that have betrayed the American people by maintaining this biggest coverup in USA history.  Likewise, all the major networks, such as CNN, MSNBC, CBS, ABC and FOX, have actively participated in covering up this crime of the millennium.

The US Federal Government has broken the covenant that exists between the citizenry and its governing bodies and institutions.  Because of the shocking manner in which human life was taken on September 11, 2001, those responsible must be identified and prosecuted to the fullest extent of the law.  Likewise, in view of the stunning controlled demolition of the World Trade Center Complex and destruction at the Pentagon, those organs of government which participated in any way must be held held accountable and brought to justice.

Not to act on the undeniable information[4] disseminated by the Architects and Engineers for 9/11 Truth will only embolden the actual 9/11 perps.  They have already shown the world how much death and destruction they are willing to inflict throughout the world by way of unprovoked wars based on the 9/11 false flag attacks.  Therefore, why would they hesitate to carry out more false flag operations, just as they have every year since that fateful September day in 2001.

There is a moral imperative which accompanies the A&E white paper.  Once the American people become aware of the truth surrounding 9/11[5], there comes a solemn responsibility to act on it.  Because many of the same co-conspirators are still in positions of authority throughout government, it is incumbent upon law enforcement to detain them until the wheels of justice can turn.

Nothing less than a safe and secure future of the United States of America depends upon taking the necessary action in response to 9/11 truth. An unwillingness and/or reluctance to face these grim realities do not constitute a sufficient excuse for inaction.  Only by being proactive in systematically addressing the 9/11 truths stated by the A&E will the nation reclaim its soul.  Until then, We the People remain hostage to a secret cabal that continues to wage illegal wars in our name with our hard-earned tax dollars.

More importantly, the failure to respond appropriately will expose future generations to all sorts of schemes which will further deprive them of their rights … their freedoms … and their dignity.

The author is not unaware of the many other international and supranational co-conspirators who were also deeply involved in the implementation and coverup of the 9/11 attacks. The supporting links below provide many of the details regarding the various foreign state actors and secret organizations which were complicit. Hence, the neglect to mention the transnational scope of these crimes should not be construed as a free pass in this essentially global call for prosecution.

However, at the end of the day — every day — it is the US Federal Government that is ultimately responsible for national security. Protecting the citizens of this nation, preventing the destruction of major office buildings and safeguarding the Pentagon all fall within the jurisdiction of the Executive Branch. These same duties also fall within the purview of various other government entities. Therefore, they are all immediately responsible for what they did and/or what they did not do toward the prevention of, as well as in the investigation and prosecution of, these heinous crimes.

[1] 9/11 Commission Report: The Most Ridiculous Conspiracy Theory Of All Time

[5] 9/11: The Ultimate Inside Job And False Flag Operation

9/11: Russia Presents Evidence Against US, UK And Israel Co-Conspirators

9/11 US Government Criminal Conspiracy: THERE IS NO DEBATE