Fracking toxins may be as dangerous as tobacco, asbestos & thalidomide – UK chief scientist 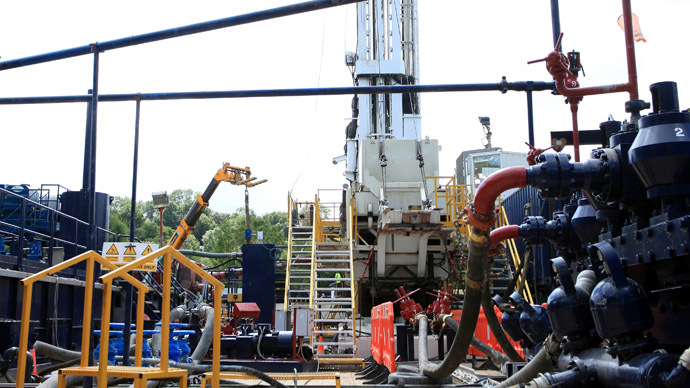 Fracking toxins may be as dangerous as tobacco, asbestos & thalidomide – UK chief scientist

The effects of fracking could be as dangerous as asbestos, thalidomide, or tobacco toxins, the UK’s leading scientist has warned, claiming the government has adopted the process without considering the side effects.

In a flagship report produced by Professor Sir Mark Walport, the government’s chief advisor on science policy, it is warned that fracking could have serious negative impacts on health and the environment that could last for decades.

Sir Mark Walport also said the government is putting too much faith in fracking, and that historical examples of cheap energy extraction often ended up causing more damage to the environment in the long-term.

“History presents plenty of examples of innovation trajectories that later proved to be problematic — for instance involving asbestos, benzene, thalidomide, dioxins, lead in petrol, tobacco, many pesticides, mercury, chlorine and endocrine-disrupting compounds,” he writes in the report.

“In all these and many other cases, delayed recognition of adverse effects incurred not only serious environmental or health impacts, but massive expense and reductions in competitiveness for firms and economies persisting in the wrong path.”

The report, published on Friday, is a huge blow to the British government, which has touted fracking as the best means to produce energy in the future.

Earlier this month, Energy Minister Matthew Hancock dismissed claims that fracking would damage the environment, and that shale was “essential” for economic growth.

“This new initiative is part of the long-term economic plan that this government continues to work through,” he told the House of Commons.

Sir Mark Walport’s report also compares fracking to thalidomide – a dangerous chemical that was adopted in a number of drugs in the 1950’s and 60’s, particularly those aimed at pregnancies and childbirth. As a result, the drug killed over 80,000 babies and 20,000 expectant mothers before it was withdrawn in 1961.

The report also suggests the UK needs to invest more money into clean and renewable energy, and that it should focus more on conservation instead of the means of energy production. Additionally, it suggests that too much decision making regarding UK energy production is being directed by “public policy figures.”

“In energy…the obstacles to less-favored strategies [such as energy efficiency and renewables] are typically more commercial, institutional and cultural than they are technical. Among the most potent of these political obstructions are claims from partisan interests — such as incumbent nuclear or fossil fuel industries — that there is no alternative to their favored innovations and policies,” the report says.

The report comes just weeks after warnings from the think-tank UK Energy Research Centre that the British government is “over hyping” the value of fracking and shale extraction, similarly arguing that it needs to focus more on renewables.