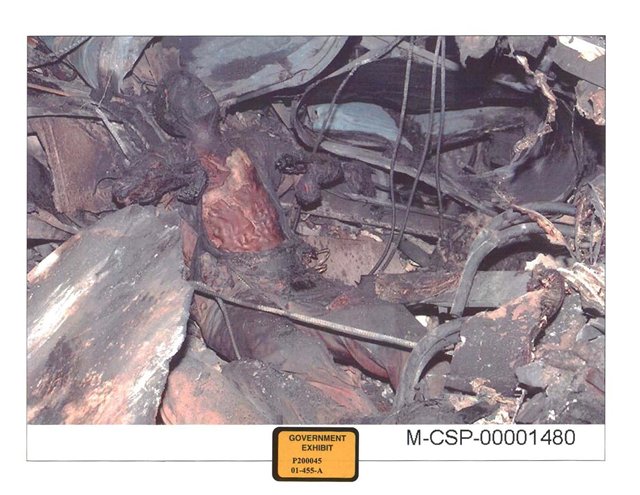 The following map of the locations of victims in the attack was released as part of prosecution exhibits in the trial of Zacarias Moussaoui. 2 An office of the Army that had just re-occupied the Pentagon’s recently renovated Wedge One, named Resource Services Washington, lost 34 of its 45 employees. Most were civilian accountants, bookkeepers and budget analysts. 3   Defense Secretary Rumsfeld had announced on the eve of the attack that more than $2 trillion was missing from the Pentagon.

More than half of the victims were in the Navy Command Center, a command-and-control facility on the first floor of the Pentagon’s D-Ring.

Many survivors suffered horrible injuries. Kevin Shaeffer was watching coverage of the attack in New York City with co-workers in the Navy Command Center when the plane [actually a cruise missile] struck, instantly killing 29 people in the same office. Shaeffer sustained second- and third-degree burns over 40 percent of his body.