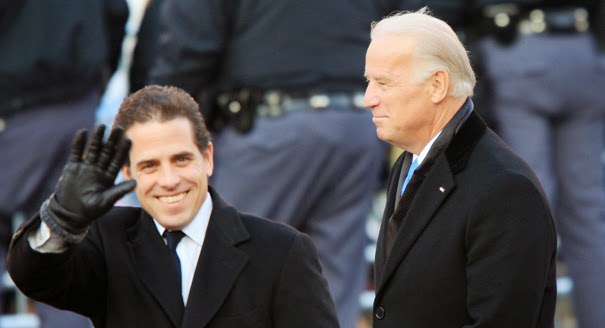 Ukrainian politics has had the stench of corruption since the free-for-all to loot the country following the declaration of independence from the Soviet Union in 1991. However today, some five months after the gangster-led Washington-orchestrated coup d’etat that put the present regime illegally in power in Kiev, that stench is becoming unbearable. Now it involves the case of Ukraine’s deposits of shale gas.

According to a survey done for the US Department of Energy two years ago, Ukraine could have 42 trillion cubic feet (tcf) of shale gas resources technically recoverable from 197 tcf of total shale gas in place. Annually, to put that into perspective, Ukraine is transit (or was until a few weeks ago) to 3 Tcf of Russian natural gas destined for Germany, Austria and other countries. Ukraine itself consumes some 1.8 Tcf annually of natural gas. So some shrewd Ukrainian businessmen along with the ever-politically engaged Royal Dutch Shell—the Dutch-UK energy giant, decided they would drill that shale and frack it like they are doing in Texas today. Here is where it gets really interesting.

The Ukrainian company that has grabbed (literally) the lease rights to the lion’s share of Ukraine’s shale area is called Burisma Holdings. Burisma Holdings is Ukraine’s largest natural gas producer so that in itself is not that surprising. But wait. It gets smellier. Burisma Holdings is the company that raised eyebrows a few months ago when they announced they had hired the son of the US Vice President to handle their legal division and all international relations of the company. Hunter Biden was also given a seat on Burisma’s board of directors. [1]

What’s wrong with that, you ask? Is the father responsible for his adult son? Or could it be something uglier still. Was “Baby” Biden explicitly chosen as Billy Carter was chosen by the Libyan government,  because he was the son of a powerful man in Washington and would be the link between Burisma Holdings and the Obama Administration?  Here we can make an educated guess that the answer is yes.

Joe Biden and son Hunter Biden came under fire back in 2005 when Joe Biden was an influential Senator before becoming Vice President. MBNA, then the world’s largest private credit card issuer hired Baby Biden as the company’s Vice President. At the same time Senator Biden was then receiving his largest campaign contributions from MBNA and, conveniently for MBNA, was lobbying other Senators to pass bankruptcy reform legislation supported by MBNA. US media referred critically to Senator Biden at the time as the “Senator from MBNA.” [2]

But it gets far worse in Ukraine. This April Hunter Biden agreed to join the board of one of the most politically-charged, scandal-ridden companies in scandal-ridden Ukraine just as his father, Joe, is up to his eyeballs in US illegal operations with the State Department’s Victoria Nuland in orchestrating forced regime change in Ukraine. The Biden board post at Burisma was made public at the same time Vice President father Joe was in Kiev wheeling and dealing with the new US-installed regime there.

And son Hunter also sits on the Chairman’s Advisory Board for the National Democratic Institute (NDI). The NDI is a project of the National Endowment for Democracy (NED), the taxpayer funded organization that does what the CIA did covertly 25 years ago, according to one of its founders, Alan Weinstein.

Burisma Holdings is part of the vast business empire of Ukraine’s second richest billionaire oligarch, Ihor Kolomoisky. Joining Hunter Biden on the Burisma Board of Directors is no less than Aleksander Kwaśniewski, named in January just weeks before the US Kiev coup. Kwaśniewski was President of the Republic of Poland during the G.W. Bush presidency. Chairman of Burisma is a Wall Street former Merrill Lynch investment banker named Alan Apter. Finally, Burisma also at the same time named to the board Devon Archer, Hunter Biden’s partner at a US investment firm, Rosemont Seneca Partners, and a manager of the family wealth fund of Secretary of State John Kerry’s wife Theresa Heinz Kerry, widow of Henry Heinz III. Archer also sits on the board of the family’s Howard J. Heinz trust. So with these two board appointments in April, Burisma gained the son of the Vice President of the United States and the financial adviser to the family of the Secretary of State. Not bad for an almost unknown Ukraine-Cyprus company.[3]

Burisma itself seems very dodgy as a company. It is based in Cyprus and little information about the business is possible to find. The company lacks a profile in Bloomberg, and had no Wikipedia presence whatsoever.[4]

Now it gets really interesting, though. The illegal Kiev regime on March 3 only days after their bloody coup, presumably under guidance from Nuland’s State Department, appointed Kolomoisky as Governor of Dnipropetrovsk oblast in eastern Ukraine, precisely the region where Ukraine’s shale gas deposits lie.[5] Burisma Holdings has drilling rights to just that part of eastern Ukraine in the Dneiper-Donets Basin near Kharkiv where the fiercest resistance to Kiev dictates is found.

As we detailed in a previous article, [6] Kolomoisky, a Ukrainian who also holds an Israeli passport and who runs his Privat Group empire from Switzerland, has raised his own private army as governor to wage war against the east Ukraine rebels. Rebels who just happen to live in the area where he has a joint venture with the Anglo-Dutch energy giant, Shell, to drill for shale gas.[7]

Now Russian media reports that the private army soldiers are actually secretly bringing in oil and gas fracking equipment and drilling rigs into the region where Kolomoisky’s army has secured the area. On July 25 Itar-Tass reported from Donetsk that Ukrainian troope were helping to install shale gas production equipment near the east Ukrainian town of Slavyansk, which they bombed and shelled for the three preceding months. “Civilians protected by Ukrainian army are getting ready to install drilling rigs. More equipment is being brought in,” they said, adding that the military are encircling the future extraction area.[8]

Slavyansk  is in the heart of the Yzovka shale gas field, where local residents before the February coup had staged numerous protests against its shale fracking development. In May 2012, Ukraine’s State Service for Geology and Mineral Resources granted the right to develop the Yuzovka shale gas deposit to British-Dutch Shell. Burisma also has the right to develop the shale gas fields in the Dnieper-Donetsk basin of Eastern Ukraine. [9]