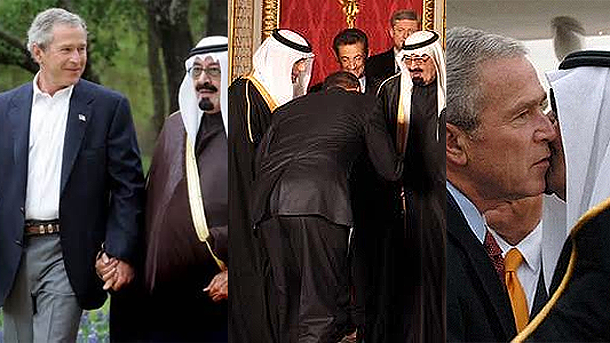 The Obama administration continues to come under pressure from lawmakers and the survivors and families of the terrorist attacks of September 11, 2001, to release the findings of a secret report that may show that some members of the royal family of Saudi Arabia aided the hijackers 13 years ago.

A congressional investigation into the plot produced a year after the attacks included a 28-page section that the George W. Bush administration classified. That portion, titled “Finding, Discussion and Narrative Regarding Certain Sensitive National Security Matters,” has been rumored to contain information that indicates Saudi intelligence helped the al-Qaeda terrorists. Fifteen of the 19 hijackers were Saudi citizens.

A bipartisan effort on Capitol Hill has urged the White House to release the classified section of the 2002 report. That came in the form of Resolution 428 introduced last year by Representatives Walter Jones (R-North Carolina) and Stephen Lynch (D-Massachusetts), who renewed their call in April with a letter to the president. Unless Obama acts soon, the lawmakers will hold a press conference next month on the September 11 anniversary to draw more attention to the issue.

Jones has seen the part of the report he hopes to have declassified. “I’ll tell you, the 28 pages will be an embarrassment to the previous administration,” Jones told VICE News, although he is barred from offering details. “We live in a world where there are certain leaders in certain countries that some people are concerned of their reaction. I feel differently.”

Former Senator Bob Graham (D-Florida), who co-chaired the joint Senate-House investigation in 2002, told VICE News that, “It’s become more and more inexplicable as to why two administrations have denied the American people information that would help them better understand what happened on 9/11.”

In a court filing produced two years ago for a lawsuit brought by 9/11 victims against the Saudi government, Graham said: “I am convinced that there was a direct line between at least some of the terrorists who carried out the September 11th attacks and the government of Saudi Arabia.”

The Saudi government has strongly denied a connection. Prince Bandar bin Sultan, who was the Saudi ambassador to the United States at the time of the attacks, said in 2003: “There is something wrong with the basic logic of those who spread these spurious charges. Al Qaeda is a cult that is seeking to destroy Saudi Arabia as well as the United States. By what logic would we support a cult that is trying to kill us?”

But Bandar called on President Bush two days after the attacks to ask that many Saudi citizens be airlifted out of the U.S. in the days after 9/11. Bush, whose family has a strong relationship with Bandar, complied with the request even though there was no other air traffic allowed in the country at the time.

Saudi Crown Prince Salman bin Abdulaziz al-Saud has been accused of supporting al-Qaeda in a suit filed by Lloyd’s of London in an effort to recoup some of its losses paid to 9/11 victims. Salman, although reportedly in ill health, is next in line to the Saudi throne.