Why are there over 32,000 American troops stationed in West Germany? World War II ended in 1945! 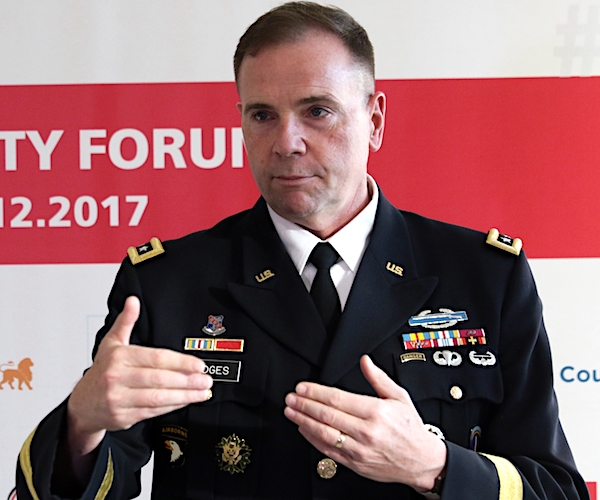 Why are there over 32,000 American troops stationed in West Germany? World War II ended in 1945!

A massive troop withdrawal from Germany would be a “colossal mistake,” impacting an “essential” of U.S. national defense strategy — and would make Russian President Vladimir Putin “the big winner,” a former top Army commander in Europe warns.

Retired Lt. Gen. Ben Hodges, who commanded U.S. Army Europe until late last year, told Stars and Stripes “we need what Germany gives us in terms of basing and access and the chance to train and prepare from excellent fixed installations and facilities.”

There are now about 32,000 permanently stationed American troops in Germany.

Hodges’ remarks came in the wake of The Washington Post report the Pentagon is analyzing the impact of returning some or all troops in Germany to the United States, and possibly sending some to Poland instead.

A mass pullout would “throw away 70 years of effort and investment by allies as well as multiple administrations, Republican and Democrat,” Hodges told Stars and Stripes.

It also would amount to a near abandonment of the military effort in Europe just as Russia has become more assertive, the outlet reported.

Germany is home to Ramstein Air Base, Landstuhl Regional Medical Center, two combatant commands and logistics and infantry units. Bases in Germany also are launching pads for missions in Africa and the Middle East.

“All of this is essential to the U.S. national defense strategy,” Hodges said. “We shouldn’t take that for granted.”

The reported review comes ahead of President Donald Trump’s meeting with NATO heads of state in Brussels, where he has expected to pressure allies whom he believes do not spend enough on defense.

“If this is just a negotiating tactic, then it is putting unnecessary strain on our alliance, the most successful alliance in the history of the world,” Hodges told Stars and Stripes. “The big winner in this sort of situation is Putin.”

Added Hodges: “It is important to do this in a way where the whole alliance agrees or we don’t do it.”