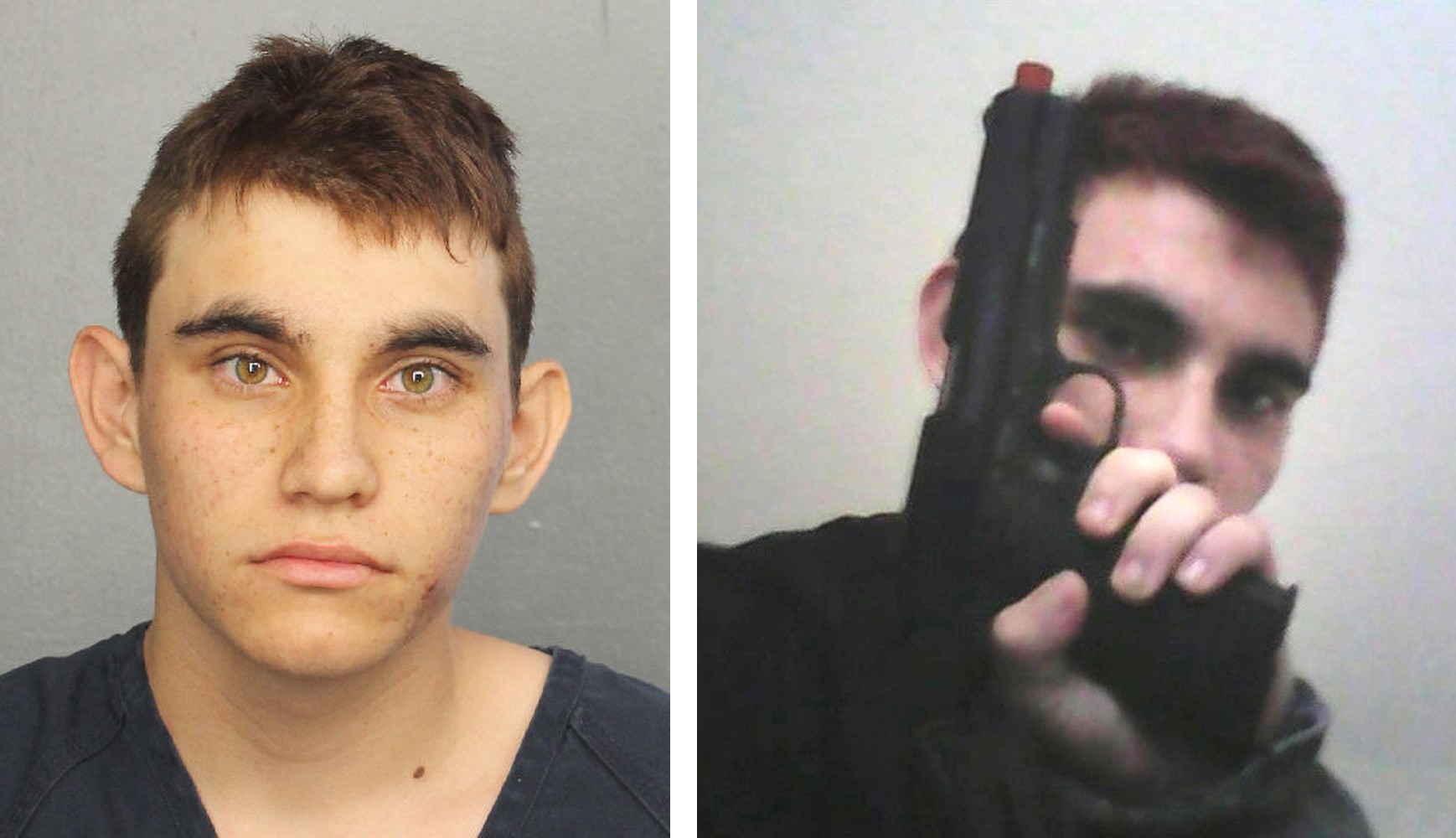 Amid public demands for transparency, the Broward Police have released the full list of 23 calls for service to the  home of attacker Nikolas Cruz, in a desperate bid to deflect criticism over handling the Parkland school shooting. The final call, however, just like the transcript from the January 5 call discussed below, shows that  serious concerns were not acted on.

“In the interest of full transparency, we are making available the list of all 23 calls for service at the Cruz home,” the sheriff’s office said in a Friday tweet. “18 involved Nikolas Cruz. None appeared arrestable under Florida law. However, two of the calls remain under internal investigation.”

As color coded in the list, the most serious warning came on November 30, 2017, when a caller located in Massachusetts advised that Cruz was collecting knives and was likely to conduct a school shooting. The caller was concerned Cruz would kill himself and “be a school shooter in the making.” They believed that Cruz’s weapons were kept at a friend’s house.

The incident was categorized as ‘suspicious’ by Broward County Police but no report was initiated, according to the document. That call is now under Internal Affairs review and investigation, the document shows

In two incidents from 2012, Nikolas fought with his brother, Zachary, and hit his mother, Linda Cruz, with a plastic vacuum cleaner hose. In 2013, Linda told police Nikolas threw her against a wall because she confiscated his Xbox games console. The following year, he punched the wall after she took away the Xbox again. Later, in 2014, a neighbor reported Nikolas had shot at his chickens with an airsoft rifle, a replica of a real gun that shoots plastic pellets. In a “suspicious incident” recorded in 2016, an Instagram report said that Cruz was going to “shoot up a school.” The Instagram post involved a picture of guns.

A pdf of the full list of service calls can be found at the following link.

A person close to Nikolas Cruz, the teenager accused of killing 17 people at a Florida high school on Valentines day, warned the FBI she was concerned Cruz would “get into a school and just shoot the place up,” according to a leaked transcript of her call to the bureau’s tip line one month before the massacre.

The transcript, seen by the Wall Street Journal, provides chilling detail about the woman’s efforts on January 5, just over a month before the February 14 tragedy, to warn authorities about Nikolas Cruz’s propensity for violence and his troubled past.

Tragically, the FBI was busier with other things.

“You know, it’s just so much,” said the caller. “I know he’s—he’s going to explode.” The woman said she was making the call because she wanted a “clear conscience if he takes off and, and just starts shooting places up,” according to the transcripts which were reviewed by the Wall Street Journal.

The caller also mentioned that Cruz dressed up as a ninja or an ISIS fighter, according to the WSJ.

While the FBI last week acknowledged receiving such a call, the transcript, and the stark nature of the caller’s precise warnings about Cruz’s disturbing actions and volatile temperament, previously hasn’t been made public.

“It’s alarming to see these pictures and to know what he’s capable of doing and what could happen,” the caller continued.“He’s [been] thrown out of all these schools because he would pick up a chair and just throw it at somebody, a teacher or a student, because he didn’t like the way they were talking to him.”

She also said that Cruz was due to inherit $25,000 a year, from a life insurance policy, and she was worried that he would spend it on guns.

The concerned Cruz acquaintance also told the FBI that he mutilated frogs, and at least on one occasion, a bird.

The caller then said, “That to me would be a red flag.”

Apparently not so much to the FBI, which admitted last week that it failed to forward the call to the Miami field office for investigation.

The FBI also admitted that the Bureau had investigated a school shooting threat made on YouTube last year but could not identify person behind it – despite Nikolas Cruz using his real name to sign the threat which quite literally says “Im going to be a professional school shooter.”

The man who reported Cruz, Ben Bennight, spoke with the FBI last year for about 20 minutes, and there was no follow-up from the FBI after that initial conversation.

Then, Bennight told CBS that he again spoke with the FBI on Wednesday night for about 20 minutes. They wanted to know if he knew anything more after first reporting the YouTube video last year. He said the same agent/agents he spoke with last year came to his home Wednesday.

Furthermore, as we reported earlier today, CNN’s FOIA of Broward County 911 records has produced a steady stream of scoops about Parkland, Fla. school shooter Nikolas Cruz fleshing out much of what is publicly known about Cruz’s background and the various reports made warning the FBI and other authorities about his threatening behavior.

The police were warned about Cruz’s violent past – that he’d “used a gun against people before” and had “put the gun to others’ heads in the past” – but still they did nothing.

The FBI last week issued a statement disclosing that the call wasn’t passed on to its Miami field office for investigation.

The FBI and the Justice Department are investigating why the lead wasn’t followed up.

In addition to the FBI’s monumental failure and a steady stream of 911 calls about Cruz, video evidence revealed that an armed Broward County resource deputy stationed at Stoneman Douglas High School during the Valentine’s day massacre did “nothing” during the shooting – instead waiting outside as a gunman opened fire on students and teachers.

The officer, Scot Peterson, resigned shortly after being placed on leave.

When asked by a reporter what the deputy should have done, the Sheriff replied “Went in. Address the killer. Kill the killer.”

Meanwhile, the anti-2nd Amendment crowd continues to peddle children around to try and strip law-abiding Americans of their right to bear arms – ignoring the fact that had the FBI and Broward County authorities simply done their jobs, 17 people would still be with us.

The full leaked FBI transcript is below (pdf link):