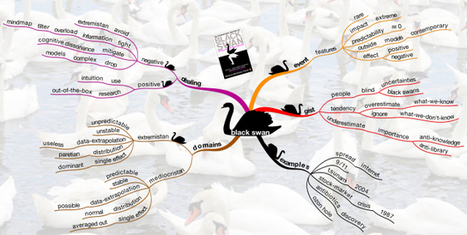 As part of its periodic Global Economic Outlook, SocGen traditionally includes a discussion of what it views are the biggest “black swans” both to the upside and the downside, and the latest just released edition titled “On a Plateau”, which took a rather grim outlook to the world economy predicting that a US recession will likely hit in the not too distant future while “China, South Korea, Australia, US, Germany, UK and Japan are in the more mature phase of the cycle”, and that current global growth is “essentially as good as it gets”…

Which particular black swan is at the top this time?

As author Michala Marcussen writes, “to our minds, policy is the main potential source of both upside and downside risk, be it with respect to fiscal expansion, trade policies, wage outcomes, euro area reform or monetary policy. As China tightens policy, what happens next in the US has become critical, we look for modest US tax cuts but believe that, Trumpflation insufficient to offset fading Xiflation. Without tax cuts, the US economy could well slow more substantially as early as 2H18.”

Now, obviously, it is a stylistic misnomer to call these forecasts “black swan events,” as these are, by definition, impossible to predict. But if and when they materialize, the outcome is generally extensive, and usually in the negative direction, which is the point SocGen’s team to be making.

First, to summarize the bigger “black swan” categories together with probability of occuring, here are the “negative” possible events:

And events which would provide “upside risks” to growth:

These can be broadly grouped under the headings of (1) private sector leverage, (2) US and Chinese fiscal policy, (3) trade dynamics, (4) wage trends, (5) European integration and fiscal policy and (6) interest rate risks.

And with that, below is the full discussion of all the rare birds of color that are keeping SocGen up at night:

Policy uncertainty has long been part of our risk factors linked to busy electoral agendas. For Europe, there is still a busy electoral agenda ahead. Nonetheless, with the French Presidential election now safely concluded, we have lowered the risk of a drag from European policy uncertainty shock from 30% to 25% risk to our Black swan relating to this risk factor. Our main concerns at this stage are about Italy and an ugly Brexit.

Across the Atlantic, the risk has shifted increasingly to finally seeing no US tax cuts delivered in FY18. We see a 30% risk that Trump will fail to deliver tax cuts, which would see the US economy slowing sharply as early as 2H18. There is also the risk of upside surprise on fiscal accommodation, and this is true for both the US and Europe.

Fast track reform in Europe remains a hope, but we set a low probability on this at just 5%. We are slightly more hopeful as seen from the chart below that corporations may increase investment more than we expect. Our baseline discounts enough reforms in the euro area to offset demographics headwinds over the coming decade, but this will only come slowly and there is scope for disappointment. We link these to the political risks of anti-establishment parties wining a majority in a euro area member state.

In China, the risk of a policy error is an ongoing issue. With the approach of this autumn’s Congress, we believe the near-term risk of a China hard landing is reduced. We have thus lowered the risk hereof to 15% from 20% previously, but expect to raise it again after October.

Low interest rates are the lynchpin of global markets, should confidence in the ability of central banks to respond to either upside or down side risks decline significantly, the risk is to see a sharp market repricing. This links in closely to confidence that the current expansion can continue for the foreseeable future.