Why So Much Hyping of Geoengineered ‘Winter Storm Jonas’? 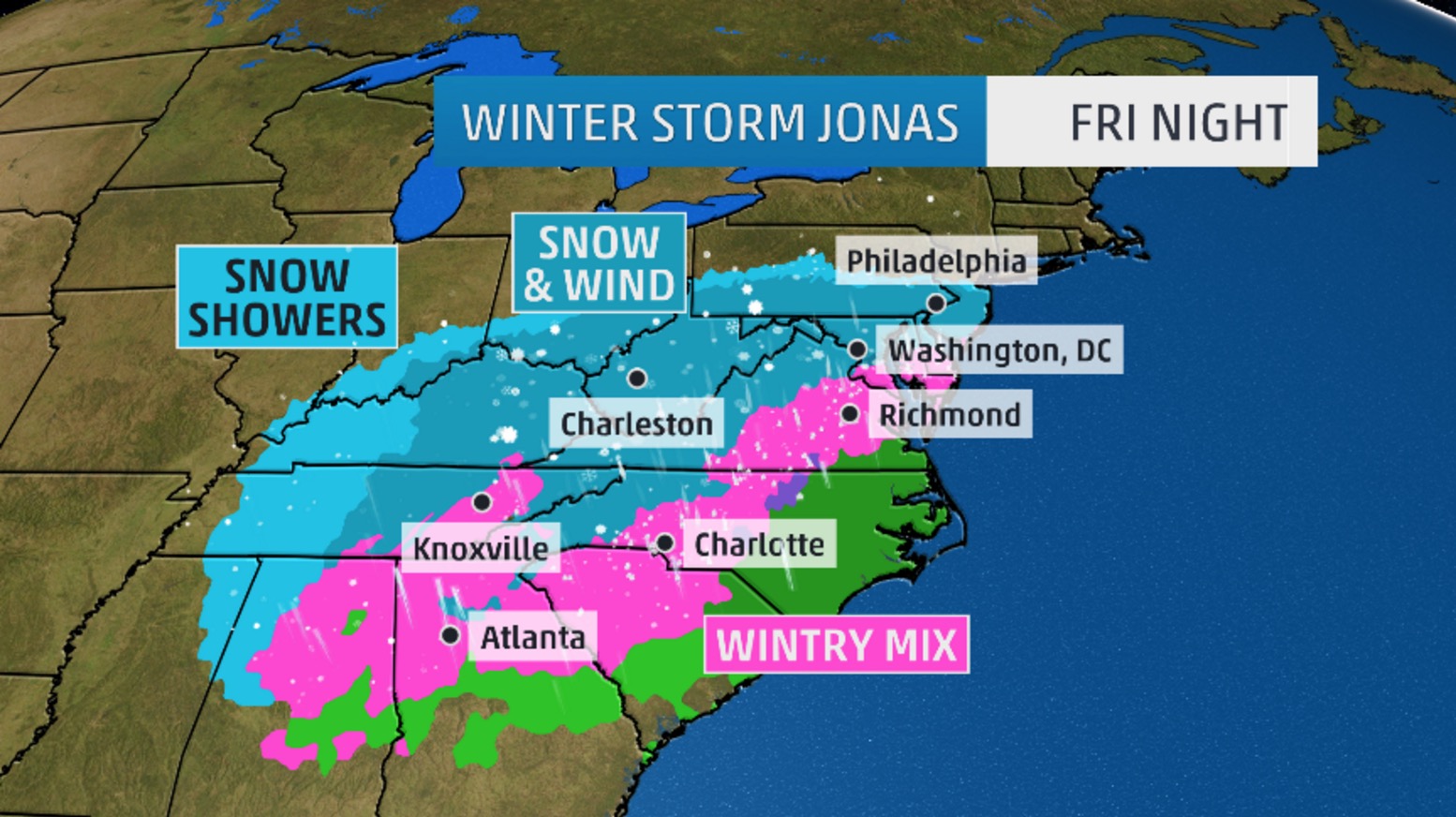 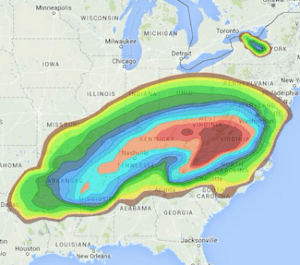 The total desperation of the the global power structure and the geoengineers is manifesting into ever higher levels. There is no question that global climate engineering is a weapon mass destruction, but it must be considered (and remembered) that weather/modification (AKA weather warfare) is also a weapon of mass distraction. What are those in power trying so desperately to hide? Much more than the public wants to know or is willing to accept (on many fronts). The massive corporate media hype about “winter storm Jonas” started immediately before the global release of headlines like the one below from The Washington Post.

Let’s rewind almost exactly one year from the headline above, and move to a previous headline (also from The Washington Post) that is a near mirror image of this year’s headlines.

It’s Official, 2014 Was The Hottest Year In Recorded History

What were the weather-makers up to after this headline was released around the globe from countless media sources a year ago? The same thing they are doing right now with “winter storm Jonas”. They were doing their best to completely eclipse dire news stories by manufacturing “winter storm Juno” in January of 2015. How parallel can these two scenarios be?

What else is the massive media hype about “winter storm Jonas” helping to hide? Theglobal economy is crashing and it’s not coming back. This is not a bump in the road for industrialized society, it is the descent to the end of the road. The delusion is shattering, perpetual expansion on a finite planet with finite resources was never sustainable and it is reaching its breaking point.Global shipping is skidding to a halt, economies around the globe will follow. There are many other headlines those in power would like to hide including the poising of the population in Flint, Michigan and the rapidly worsening gas leak disaster in Southern California. And then of course there is the ongoing Fukushima cataclysm which continues to worsen and which those in power wish to obscure with headlines of mass distraction. 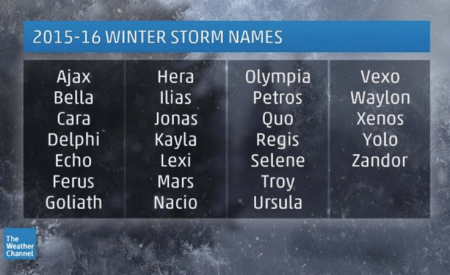 The beginning of “winter storm Jonas” is documented in the map below. On the so called “warm side” of the “winter storm” there were temperatures in the 70s with a threat of tornados and thunderstorms. Then, heading further into the chemically ice nucleated “winter storm”, there is a transition zone where the chemically nucleated materials reach the ground before freezing. These “ice storm” zones have now become the norm due to the constant engineering of “winter weather” events. Still farther into the chemically nucleated “snow storm”, a layer of cooler dense air builds in depth (from the cooling endothermic reaction of the nucleating materials), the generally large flakes of “heavy wet snow” begin to form and fall. Thundersnow” is related to the chemical nucleation of warmer convective rain bands that would not have produced frozen precipitation without the artificial/chemical nucleation process. Those that don’t believe jet aircraft are spraying in our skies, (as part of the ongoing global climate engineering programs) have simply not objectively investigated. Though the western powers continue to completely deny the ongoing climate engineering, China has openly admitted to engineering snowstorms in the past, though they have since also gone covert with their operations. 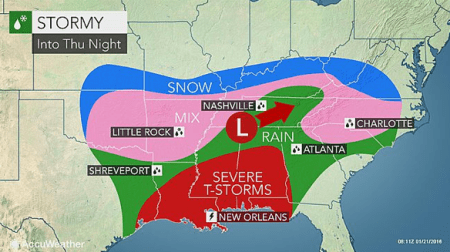 The low pressure center and moisture feed for “winter storm Jonas” (shown in the map below) is feeding directly off of record warm oceans. The Weather Channel actors that masquerade as meteorologists are having an ever more difficult time covering the tracks of the geeoengineers. Watching them try to explain away the “warm side” of the “winter storm” (complete with thunderstorms and tornados) is troubling. Weather systems are being chemically ice nucleated all over the globe. 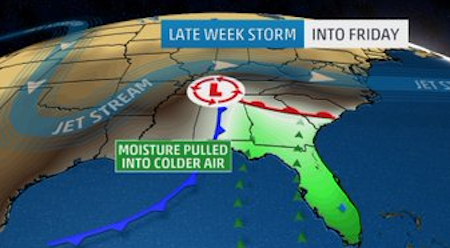 As “Jonas” is migrated north toward its target area, the chemically nucleated “ice storm” zones will expand and likely do significant damage as reflected in the graphic below. 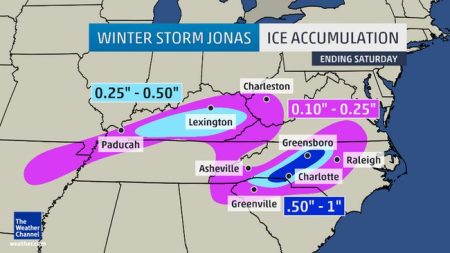 The next forecast map below shows “Jonas” hitting home Saturday morning. With the warm flow of moisture coming off the Atlantic the temperatures along the coast are far above freezing. As outlined earlier, there is an “ice storm” transition zone where the chemical nucleation materials are still reaching the ground before freezing. Further into the “winter storm” (as the chemical nucleating materials are sprayed over the precipitation cells), some cooler air accumulates from the chemically reacting materials and thus facilitates the formation of the “heavy wet snow”. The headlines of mass distraction sought by the power structure and the geoengineers are thus achieved. The “snow line” within the engineered winter storms now has little to do with elevation, rather, it is related to a particular side of the “winter storm”(the “warm” or the “cold” side). A word of caution about the chemically nucleated frozen precipitation, don’t eat it. Main stream media sources have already sent out a warning against eating the snow, though they won’t admit to the most significant source of contamination in the snow, climate engineering fallout. 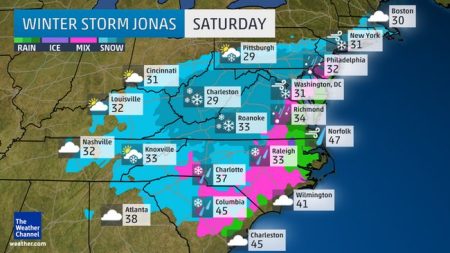 What is the final result of this massive climate engineering effort? The most populated urban centers of the most populated zones in the country are hit the hardest with the completely engineered winter weather. The desired headlines are thus created, maximum public distraction and political impact is achieved. Conveniently, Washington DC and Baltimore are at the center of the “Jonas” bullseye. 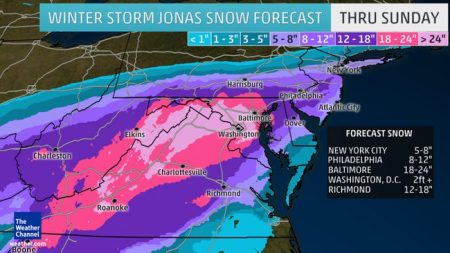 What is the latest and most compelling update on the actual overall state of the global climate? The just released 30 second animation below is a stark and shocking glimpse of a reality that much of the public still does not know, understand, or believe.