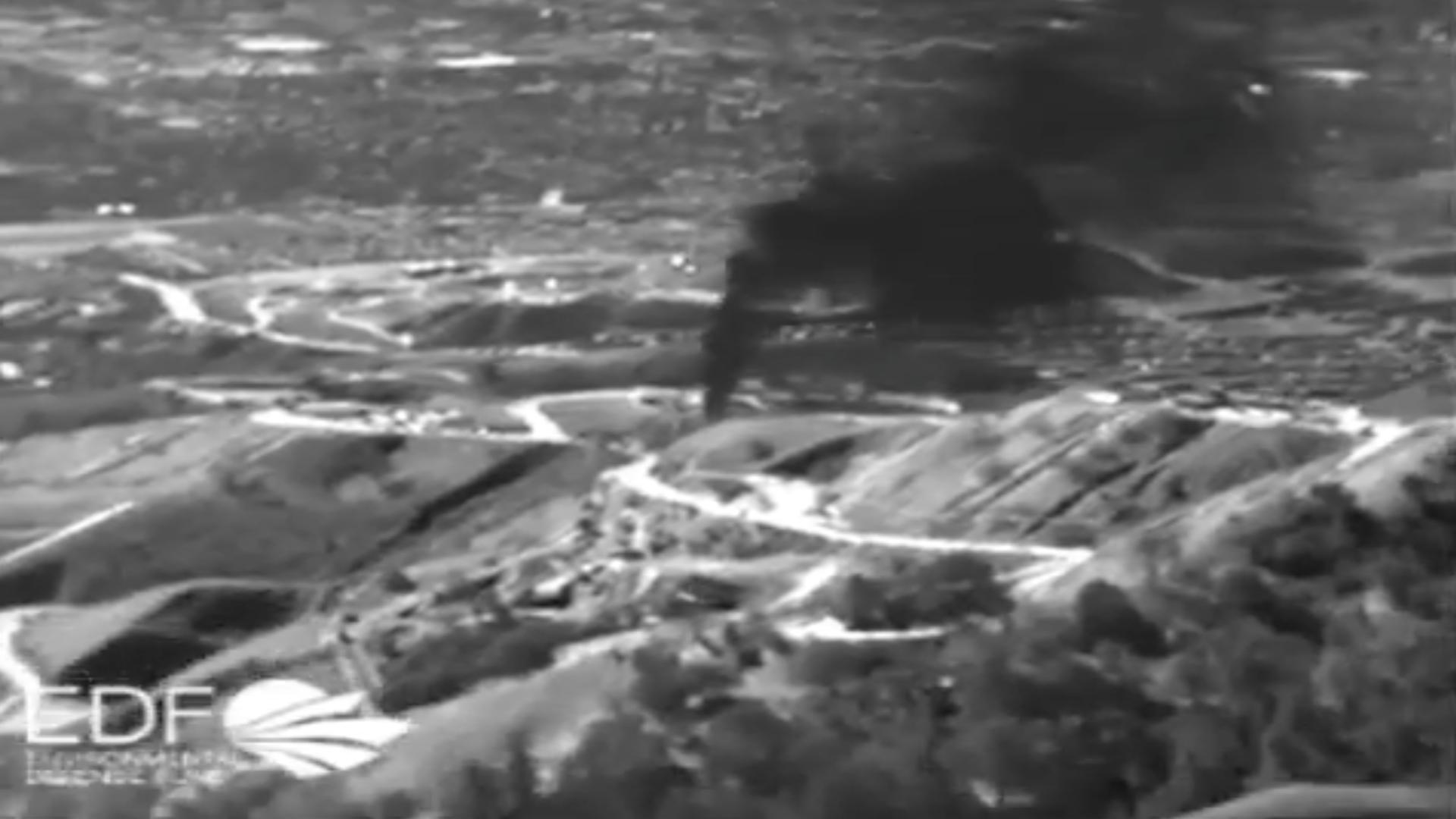 Los Angeles Times, Jan 15, 2016 (emphasis added): Efforts to plug Porter Ranch-area gas leak worsened blowout risk, regulators say — Southern California Gas Co… is trying to avoid a blowout, which state regulators said is now a significant concern after a seventh attempt to plug the well created more precarious conditions at the site. If a blowout occurs, highly flammable gas would vent directly up through the well… rather than dissipating as it does now… State officials said a blowout would increase the amount of leaked gas… That natural gas also creates the risk of a massive fire… The risk of fire already is so high that cellphones and watches are banned from the site… [The gas company’s attempts to stop the leak] expanded a crater around the wellhead, state and gas company officials said. The crater is now 25 feet deep, 80 feet long and 30 feet wide, those officials said… [The gas company] declined repeated requests from The Times… The gas company would not provide current photos of the site or allow media access… In one internal state report obtained by The Times, an agency official described [one] kill effort as a “blowout to surface.”“A large column of gas, aerated mud, and rock formed a geyser around the wellhead,” the state observer wrote.

Scott McGurk, senior oil and gas field regulator assigned to daily watch at Aliso Canyon, Jan 15, 2016: The site and wellhead were made more unstable by the gas company’s attempts to stop the leak by pumping a slurry directly into the well… The wellhead sits exposed within the cavernous space, held in place with cables attached after it wobbled during the plugging attempt… During one of [the plugging] attempts Nov. 13, a hole in the ground opened 20 feet north of the well… Gas that had seeped through diffuse rock fissures on the western side of the narrow ridge began streaming instead from the new vent… the vent allowed a “serious amount of gas” to escape.

Gene Nelson, a physical sciences professor at Cuesta College, Jan 15, 2016: “If the wellhead fails, the thing is just going to be full blast… It will be a horrible, horrible problem. The leak rates would go way up.”

Don Drysdale, California Department of Conservation spokesman, Jan 15, 2016: The possibility of fire [is] “a concern” even without a blowout.

Los Angeles Times, Jan 16, 2016: [There’s] new evidence the [Public Utility Commission] is concerned that the compromised well site in Aliso Canyon is vulnerable to either a blowout… an explosion, or both… PUC includes a warning that damage to the well system, which was subjected to two months of aggressive high-pressure pumping to try to plug the leak, might now permit air to mix with methane in a way that “could be catastrophic.”… [T]he utility began a series of increasingly aggressive attempts to plug the well with heavy mud… those efforts instead scoured a 25-foot-deep crater around the well, blew out a large vent from which gas could escape more freely, and threatened the stability of the wellhead itself… The Department of Conservation says those facilities present “a direct and ongoing threat to public health, safety, and the environment”…

NPR, Jan 15, 2016: Adding to concerns over the disaster, efforts to stop the leak appear to have destabilized the well, the Los Angeles Times reports, raising the risk of a blowout… SoCalGas’ efforts to cap the well have actually increased the risk of a blowout. Seven attempts to plug the leak have made the area less stable… even without a blowout, the leak could catch on fire.

FOX LA transcript, Jan 16, 2016: “Trying to avoid a blowout, state regulators say it’s now a big concern after SoCalGas has tried to plug a leaking well near Porter Ranch seven times. If a blowout happens, experts say highly flammable gas would go up the well, creating a risk of a massive fire — possibly even an explosion.”