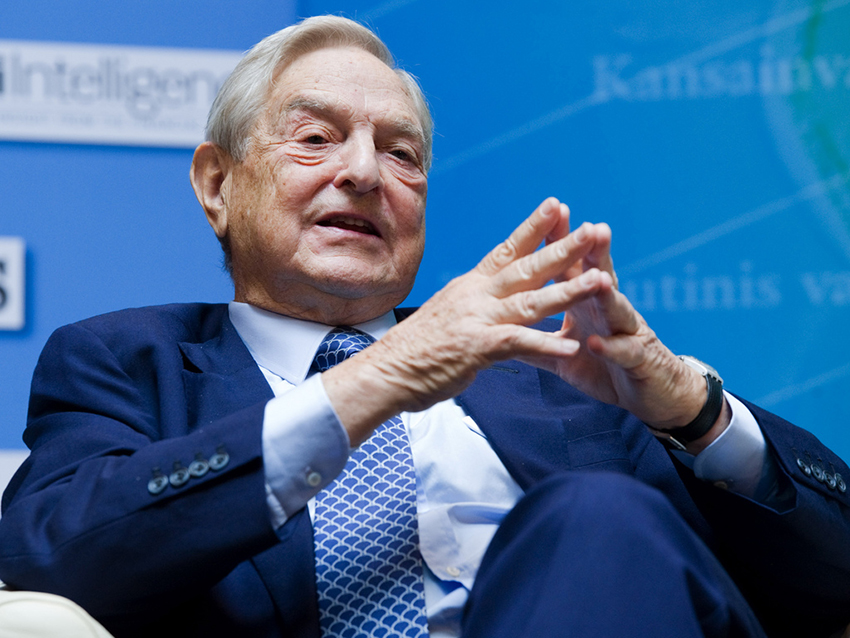 Much like the Arab Spring, one should consider the scope of policy planning within think-tanks and NGO’s when looking at the ongoing migrant crisis…

PM Orban contends that Soros, founder and chair of Open Society Foundations (Open Society Institute), has been a part of a “circle of activists,” that have “inadvertently become part of this international human-smuggling network.”

This latest declaration by Orban, immediately recalls the misguided machinations of ‘The Occupy Movement’(aka OWS) in 2011, as well as the Soros funded protests in Ferguson, Missouri, last summer – two events that were designed to push naive participants into violent action and social unrest. This is exactly what has happened in Europe as a result of this year’s ‘migrant crisis’.

Orban also appeared to express doubt over the lack of preparation for the influx of Syrian and other refugees by larger European states with adept intelligence agencies.

Back in June, RT.com, pointed out the powerful and influential political leverage that Soros has within the Ukraine:

“Soros has been involved in Ukraine since 1989, when he founded the Ukrainian International Renaissance Foundation (IRF) that provided more than $100 million to Ukrainian NGOs two years before the fall of the Soviet Union.”

“The billionaire is connected to several non-governmental organizations in Ukraine that advocate closer ties to the EU and aided the EuroMaidan movement that toppled Viktor Yanukovich’s government last February.”

In March, he criticized the EU for paying too much attention to Greece’s economic problems and promised to invest $1 billion of his own money in Ukraine.”

“Hungary’s move to close off its borders with Croatia and Serbia has triggered a veritable Balkan border battle” wherein no one can quite figure out the best way to divert hundreds of thousands of refugees to Germany without turning their own countries into migrant super highways.

In addition to Orban’s shocking ‘human trafficking’ indictment of Soros, it turns out that the well-known billionaire funded the online lobby organization Avaaz.org.

Rick Sterling of Dissident Voice described the promotional push and scope behind the organization:

“While Avaaz has promoted some worthy causes, they have been prominent in promoting neoliberal foreign policies in keeping with the U.S. State Department. Accordingly, they had a major disinformation campaign against Venezuela last year.

It appears that through the use of non-profit Avaaz, operations funded by Soros are able to play both sides of the situation in Syria – supporting crippling ‘no fly zones’ while economically pressurizing nation states in the EU with an overwhelming refugee run. This is an incredible strategy that has netted some political and media talking points results for Washington and NATO member states like the UK – as they lead international calls for ‘regime change in Syria.

In addition, Hungary’s Orban has also remained an ally of Russia’s Vladimir Putin – at a time when EU bureaucrats and NATO operatives have been actively trying to isolate Russia through economic sanctions and tenuous political rhetoric. The fact that Hungary has been somewhat targeted by the the refugee flood, thanks to neighboring NATO member state Croatia, is a reason enough to suspect that their might be some deeper geopolitical moves at play here.

The Hungarian Prime Minister has lashed out at billionaire George Soros, criticizing the support he has expressed towards refugees from the Middle East heading to Europe, saying that he undermines stability on the continent.

Hungarian Prime Minister Viktor Orban has said that George Soros, an American billionaire and human rights advocate, was responsible for the ongoing refugee crisis. Soros belongs to a group of “activists” that encourages migrants to head to Europe and thus intentionally aggravates the situation, Orban said.