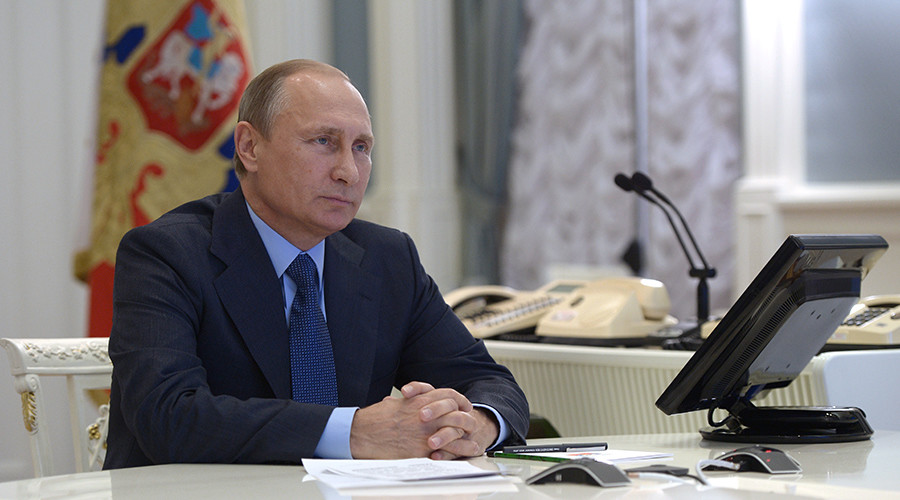 Russian President Vladimir Putin blasted the government for turning a blind eye on US dollar payments in the domestic oil trade.

“I would like to mention one crucial issue in the development of the energy industry, and the economy as a whole. It is a question of finally stopping the use of foreign currency in internal trade,” said Putin at the fuel and energy presidential commission on Tuesday.

Putin posed the question to the Russian Finance Minister.

“Mr. Siluanov, aren’t settlements in foreign currencies prohibited by [Russian] law? And what do we have in practice? Fees for shipment of oil products and crude oil in the Russian ports of Novorossiisk, Taman, Ust-Luga, Kozmino, Primorsk and others – are either directly priced in US dollars, or denominated in US dollars on online trading systems, practically in real time,” asked the President.


“This is, of course, unacceptable. It directly contradicts current legislation. I don’t understand what the regulatory authorities are looking at,” Putin added. 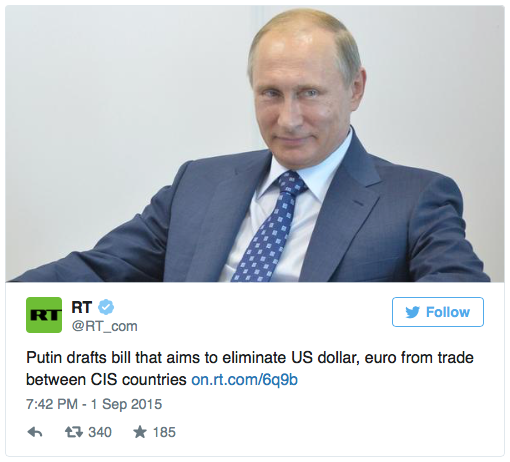 Putin drafts bill that aims to eliminate US dollar, euro from trade between CIS countries

Putin also stressed the importance of not using the US dollar in international trade, a goal that has been on the Kremlin’s agenda since the deterioration of relations with the US over Ukraine.

“We need to seriously consider strengthening the role of the ruble in settlements; this also includes Russian fuel and energy products. We also need greater use of national currencies in transactions with the countries which are our active trading partners,” the President added.