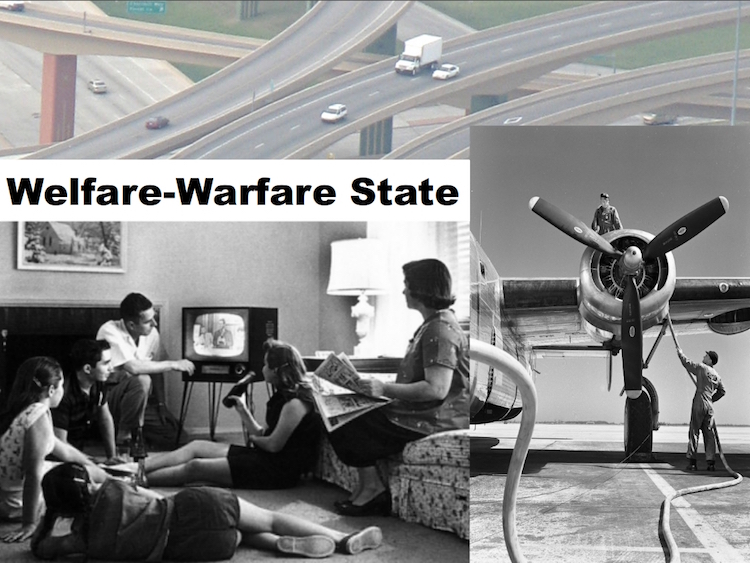 The new budget passed by the Senate in the dead of night is another example
of the false left-right paradigm that collaborates to support the American Empire.

The trade-off between the so-called Democrats (left) and the Republicans in Name
Only (RINOs/right) to pass another cap-busting budget once again demonstrates
that most of what passes for genuine deliberation is really just an elaborate game.
SENATE APPROVES BUDGET IN DEAD-OF-NIGHT VOTE…”Rand Paul blasts deal as ‘unholy alliance’”

The politics of pandering that shows up during presidential debates is a form of
Reality TV designed to pacify and distract the broader public into acceptance of
whatever Washington decides to do.

With the Right eager to keep the DOD bloated to fight its wars of aggression and
the Left petrified its entitlement programs might face the austerity axe, the willingness
of most participants to cave-in rather than risk alienating their constituencies means
we are doomed to perpetual compromise rather than true debt reduction.

No-one is willing to sacrifice; no-one is willing to do what is right for We, the People and
help the country deal with its massive problems. But everyone is eager to point the
finger at the other side of the aisle and pontificate when its time to mount the platform
for speechifying during the campaign season.

Congress is incapable of assuming its proper constitutional role. It is bad enough
that it fails to embrace its fundamental responsibility to declare wars. Rather than
letting presidents usurp its powers under the banners of the unitary executive and
humanitarian interventions as they insert boots on the ground in foreign lands,
Congress should constrain them through exercising its war powers and the power
of the purse.

Once again we see the Commander-in-Chief violate his oath and his promises, this
time with Obama sending troops back into Iraq and now into Syria.

This triumph of the warfare/welfare state is also called the end of our Republic and a
guaranteed prescription for a failed American future.

Perhaps “untangling America” from its government is the only answer in the present
tense to the mindless continuation of the failed formula we see repeated year after
year by those in Washington claiming the mantle of leadership.
Untangling America From The American Empire