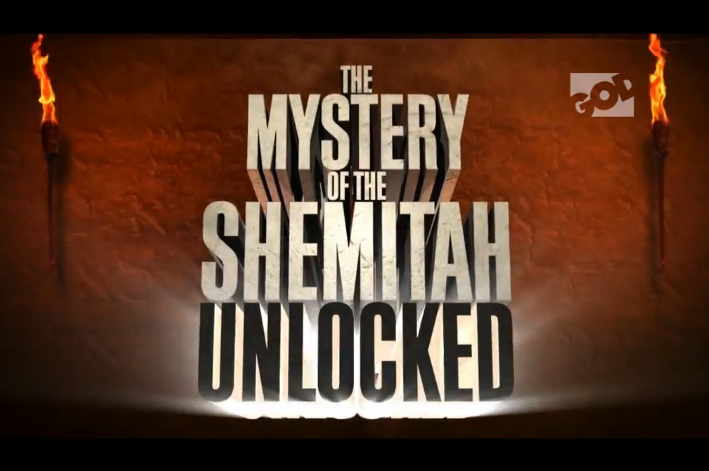 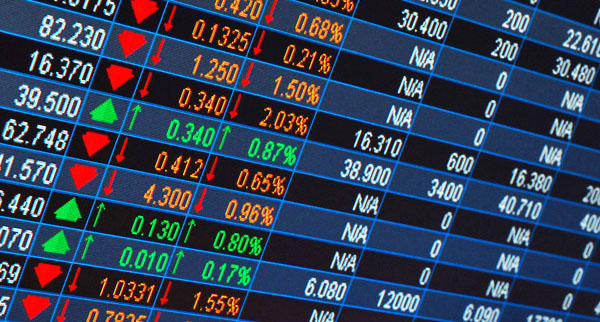 With all the news coverage over the past year, especially in the Christian media, there are still many who are conflated about the looming climax of the biblical Sabbath year or “Shemitah,” a phenomenon that could have wide-ranging effects on their finances.

According to an article in Charisma magazine and the Times of India, one in 10 Google searches is now for the word “Shemitah.”

What they’re finding is that the word “Shemitah” means “shaking,” and it has done exactly that to global stock markets over the past month.

The current Shemitah year started in September 2014 and ends this weekend, as spelled out by author Jonathan Cahn in his blockbuster book, “The Mystery of the Shemitah,” occurs on Elul 29 on the Hebrew calendar. That falls on Sunday, Sept. 13, on the Gregorian calendar.

On the following Monday, Sept. 14, some expect world markets to open with frantic selling. Others say it’s no big deal, and nothing memorable is likely to happen..

Cahn himself has repeatedly said nothing could happen, because nobody knows the mind of God.

But the last two Shemitah years brought big news. Both September 2001 and September 2008 brought ruinous red ink to Wall Street while 2001 also brought the 9/11 attacks on the twin towers and Pentagon.

A ‘desecration’ at the White House

The record-breaking market collapses, according to Cahn’s New York Times-bestseller, is indicative of God’s judgment on an unrepentant America, which has openly defied God with legalized abortion leading to the deaths of 57 million unborn babies, removal of God from the public square and now, in the middle of the current Shemitah, the “desecration” of same-sex marriage and a White House lit up in the colors of the rainbow.

The rainbow, a symbol in the Bible of God’s mercy and sheltering of his people from judgment, has been twisted by the radical LGBT lobby into a symbol of open defiance of God’s created order, Cahn has said.

Roth weighs in on Shemitah

Sid Roth, host of the Christian television show “It’s Supernatural!” said Tuesday he expects the “shaking” will not be as calamitous as many are expecting.

He said he believes the “shaking” of judgment will continue to occur, but it will be accompanied by a “great awakening.”

“Here is my spin,” Roth told Charisma. “Absolutely, God works in patterns. I mean that’s seen throughout the Bible. However, it’s my belief that there will be a ‘shaking’ as a result of the Shemitah year, but it will not be as disastrous as people think. Also, I see a great awakening that has already started. I believe God is going to give us an awakening before the book of Revelation stuff starts happening.”

Roth’s remarks followed the release of an article in the Times of India noting that “Shemitah” was among the top trending terms on Google. A Google Trends search revealed one in 10 Google searches was for the word “Shemitah.”

The Shemitah was the seventh year of the seven-year agricultural cycle mandated by God in Deuteronomy for the land of Israel. The current cycle ends Sunday, which is Elul 29, the last day of the year on the Hebrew calendar, followed the next day by the Feat of Trumpets, also called Rash Hashanah or the Jewish New Year. The trumpet is symbolic of judgment throughout the Bible from Genesis to Revelation.

The fourth and final “blood moon” in a rare tetrad of lunar eclipses is also set for later this month, on Sept. 28, the biblical Feast of Tabernacles.

Carl Gallups, author of “Final Warning: Understanding the Trumpet Days of Revelation,” said the convergence of signs in the heavens with the end of the Shemitah year, the pope’s visit to the U.S. and U.N. Sept. 23-25, and the U.S. getting ready to approve an Iranian nuclear deal seen as detrimental to Israel, should make all Christians watchful but not fearful.

“I don’t know what will or will not happen as a result of this convergence,” he said. “I liken the whole affair to hurricane season along the Gulf Coast, where I live and minister. It begins in June and goes through October and sometimes November. But, just because it is the ‘season’ does not mean that anything devastating will happen. Nevertheless, we keep watch anyway, because all the ‘ingredients’ are there for a hurricane to pop up. We get prepared and then we get on with life.”

This is a similar scenario with the Shemitah, Gallups said. The world appears to be heading into a prophetic “hurricane season.”

“All the ingredients are present for a prophetic happening, even an ominous one. I encourage the people of God to get prepared, and then get on with life,” he said. “We are here to be the salt and light, not to run and hide. But ultimately, it is all in the hands of the Lord.”

John Kirkpatrick this week joined the list of prophecy teachers warning Americans about the Shemitah.

“The Bible says there are four sins that God does not take lightly, and the (land) convulses every time we practice these sins,” he said in a video posted to YouTube, listing idolatry; sexual sins such as homosexuality, fornication and immorality; abortion; and breaking covenant with Israel.

“God said do not defile yourself in any of these ways. This is the Bible. You can reject it, or you can fear it. I fear it.

“Fifty-seven million babies have been aborted; blood has a language all its own,” Kirkpatrick continued. “And when they take a baby and massacre that baby and flush it down the commode, that blood goes into the rivers and that blood still has a voice and God hears it. Fifty-seven million babies, and the cup of God’s wrath is filling up. … Don’t think God can’t get to the place where his wrath can’t wait any longer. America’s soul is hanging in the balance, and it possibly could be that these are the final waning hours of America. It could be that September is going to bring such swift judgment, I’m saying possibly, that these could be the final hours.”

Gallups said he is always hopeful for a spirit of national repentance and revival.

“It is the stuff of which a large part of my ministry is made. But such repentance would have to start in the majority of pulpits and pews across America and continue on to national leadership – especially in the White House and Congress,” Gallups said. “I am hopeful, but not confident, that it will happen. I am afraid we may have gone too far down the road of rebellion. Like God’s men of ages past, however, I will continue to blow the warning trumpet and sound the call for America to repent before the full judgment of God falls. “

Shemitah meant to be a blessing

In his book, Cahn explained that the seven-year cycle was meant to be a blessing as long as Israel was following God, but it manifests as judgment when the nation turned away. It often strikes in the financial realm but can have an effect on more than just markets and economies. It can promote nations and pull down empires, he says. It can coincide with world wars and natural disasters.

And every seven Shemitahs, or 50 years, marks the biblical year of Jubilee, which has been uncanny at predicting major events for the state of Israel. The last two were in 1917, as Israel was rebirthed with Britain’s issuance of the Balfour Declaration, and in 1967, when Israel retook the city of Jerusalem in the Six Day War. The year of Jubilee as described in the Old Testament was when slaves were set free and any Israelites who lost his land had it restored.

The Shemitah has drawn particular interest amid global stock-market turmoil in recent weeks.

“Everyone is looking at the last day of the Shemitah for when the stock market will crash,” said Roth, who interviewed Cahn on his show last week. “That’s not what (Cahn) said. That’s what they think. What he said is that there is something called the ‘wake of the Shemitah,’ and the judgments of the Shemitah year start very small and then end large.

“That’s what he said, which I don’t think anyone has heard. They have it locked in their minds that if something doesn’t happen on that date, they are going to toss the whole thing out.”

Roth, who believes the world is on the verge of a massive end-time revival, says he believes God is using Cahn’s warnings and those of other faith leaders and prophecy experts to awaken America and the world to its dire condition.

“I believe a shaking will occur,” Roth said. “I’m not saying we are going to get out of this without anything happening, but what I’m saying is I believe God is not through with America, and I believe an awakening is coming to turn things around. I think God is going to have mercy and let everyone have one more chance.”

“Whether a financial collapse does, in fact, hit us in the next few weeks or not, I believe financial upheaval is imminent. Whether it comes in two weeks, two months or two years from now, I believe it will come,” Bernis told Charisma. “God is warning us to a multitude of ways to prepare for what is ahead.”