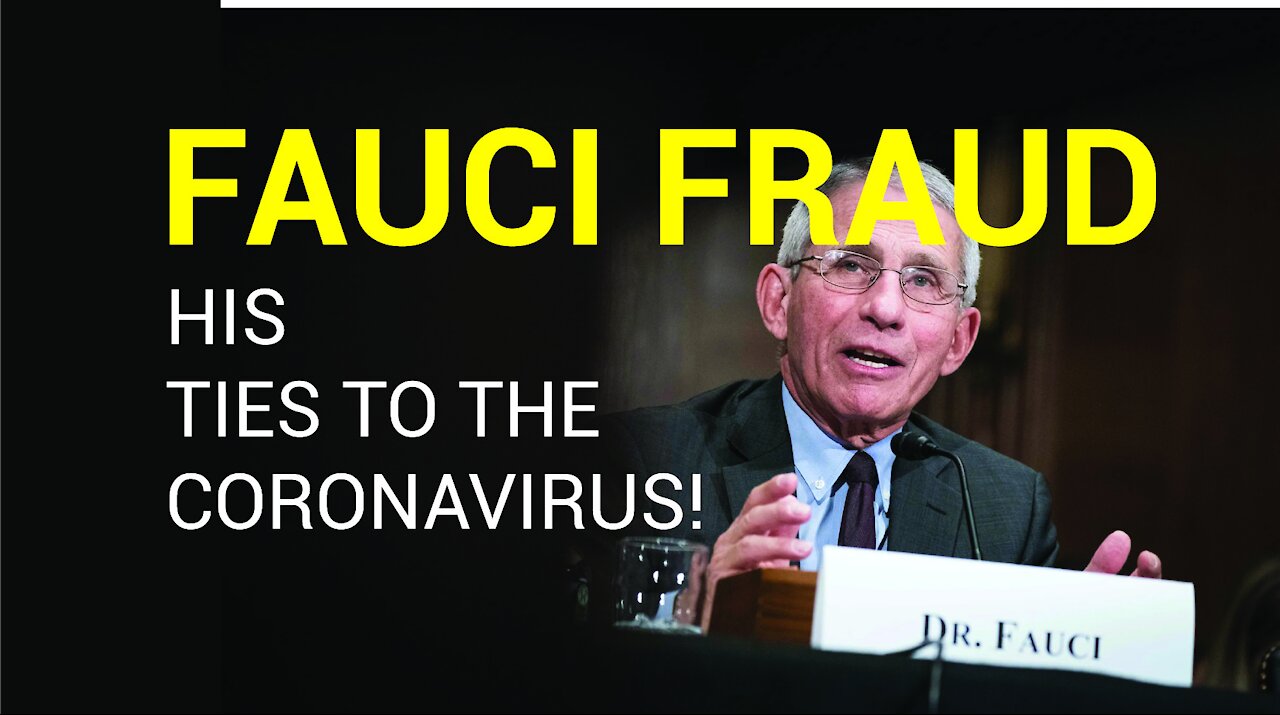 Frontman for THE GREAT SCAMDEMIC

Main Man for the CORONAhoax

Con Man for the COVIDcon 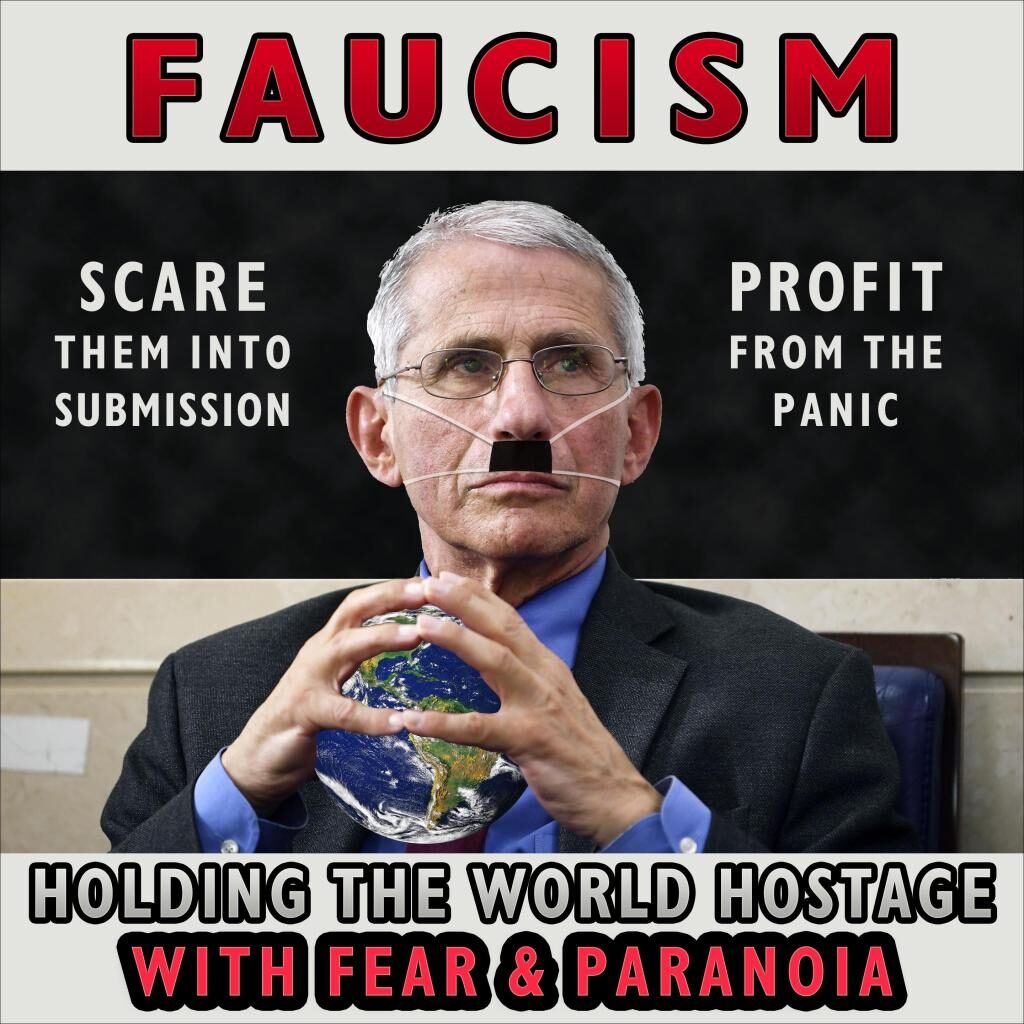 Dr. Fauci is the “Dr. Mengele” of the Fourth Reich

Really, how is Dr. Anthony Fauci “The Highest Paid Employee In The Entire U.S. Federal Government“?!?!

This extraordinary fact of US government life could only have happened by way of the sheer power and overwhelming influence exerted by Big Pharma.

Which means that it was Big Pharma who installed “Fauci the Fearmonger” as the Godfather of the America’s infamous Medical Mafia.

What in the world is a highly unscrupulous 80-year-old corruptocrat holding the most powerful position in public health anyway?!?!

FAUCI: The Most Corrupt Career NIH Criminal Ever to Head the NIAID

Clearly, Tony Fauci was installed at the NIH 53 years ago in order to prepare him for his pivotal role in the greatest medical criminal conspiracy in U.S. history.  The unfolding American genocide, due to the nefarious administration of extremely dangerous and often deadly COVID-19 injections, is just beginning.  And, it is Fauci who has deliberately deceived the American people at every major turn of Covid events, especially about the transparently hazardous vaccines. 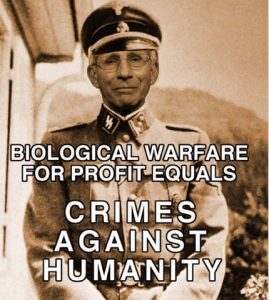 Governor Andrew Cuomo made it clear throughout the Covid pandemic that he was just following orders, as did several other Democrat governors who were directly responsible for the geriatric genocide that was perpetrated in their respective states.

Exactly how did that happen?  That all of these governors were merely just following orders?

Because genocidal maniacs like Dr. Anthony Fauci were formulating Covid nursing home policies that ensured a
geriatric genocide—that’s how!

Look it, every genocide needs a frontman.

The Holocaust had Hitler and Dr. Mengele.  The Holodomor had Stalin.  China’s Cultural Revolution had Mao Zedong.  The Cambodian “Killing Fields” had Pol Pot.  And the Covid Pandemic has Fauci and Gates.

Take a look at just how deceptive Fauci was during this recent congressional hearing.  He has the chutzpah to outright lie to a U.S. Senator during prime time without an iota of concern about the consequences.

There’s only one way that Fauci still enjoys that type of impunity despite the extraordinary degree of prevarication and misleading public testimony he has given since the very beginning of the Plandemic.

Big Pharma and the hidden Illuminati families who sponsor him have provided total cover via their wholly owned Mainstream Media.  For only the CIA’s Mockingbird Media — a completely controlled network of corporate media platforms owned and operated by the New World Order globalist cabal —  could provide the necessary cover-up for such a massive, ongoing crime wave washing over the 50 states and beyond.

The public record now contains volumes of hard evidence of intentional fraud on a massive scale perpetrated by Dr. Fauci, which should have seen him arrested and prosecuted to the fullest extent of the law.  Instead he continues to function as the Capo di tutti capi of a ruthless Medical Mafia that is terrorizing and killing the American people at will.

What this really means is that Fauci is guilty of pulling off RICO-level racketeering and murderous crime spree across the country under the protection of POTUS imposter Joe Biden.  The irrefutable proof since Biden’s inauguration is indisputable: these two career government criminals are engaging in a highly organized nationwide criminal conspiracy to defraud the American people in a wider effort to collapse the Republic.

This preplanned scheme to destroy the United States of America is actually a part of a much wider communist plot to establish a totalitarian One World Government that is the central pillar of the globalist-directed New World Order.

What this really amounts to is that Dr. Fauci was illicitly given the power to purposely enervate the health and well-being of the U.S. citizenry.  All of Fauci’s proclamations and diktats clearly reveal a hidden agenda to undermine the health of every American, as well as to devastate communities across the nation.  This vast and unparalleled international connivance to collapse the American Republic is being carried out by foreign enemies to include the European Union, United Kingdom, China and other bad state actors. 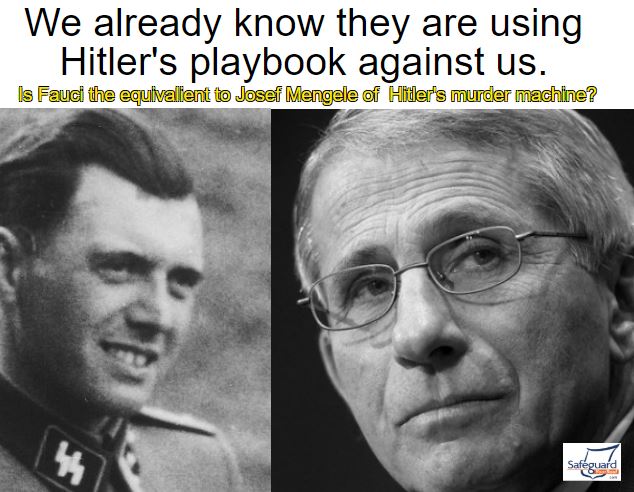 In this manner, the rapidly emerging Fourth Reich is manifesting worldwide as an extremely formidable force for nations everywhere to deal with.

Once Germany was defeated at the end of World War II, the CIA’s Operation Paperclip permitted the escape of countless Nazi criminals to the USA.  A large number of those war criminals were of the same dastardly ilk as Dr. Joseph Mengele.  But now they have been given carte blanche to conduct inhumane experiments under the protection of the new Fourth Reich IN THE UNITED STATES.

Now we see that Dr. Fauci has been afforded the same type of state protection to run an exceedingly perilous and risky Covid vaccine experiment where he can suffer no consequences for his outrageously criminal misconduct as a US government official.

Mr. and Mrs. Taxpayer: You are paying dearly to
have a professional criminal like Dr. Fauci sicken
and incapacitate you … with no repercussions whatsoever, no matter the seriousness of his
heinous capital crimes.

Key Point: Big Pharma stealthily positioned Dr. Fauci as the nation’s premier vaccine expert and yet he doesn’t even understand the dangers associated with the most basic toxic ingredients found in today’s vaccines.  Even kids get what Fauci evidently misunderstands to the great detriment of the heavily vaccinated American populace. See: If these young school children get it, why doesn’t the so-called vaccine expert Dr. Fauci?! (Video)

Truly, there is something highly consequential going on in the background of the global Covid scam which can no longer be denied.  It is something that is well known to the power elite; and it’s the very reason why they have executed this exceptionally reckless and brazen and desperate hoax.  As follows:

Of course, there are always several levels of conspiracy, as well as layers of intrigue within those levels, that this incorrigible cabal of criminally insane psychopaths are hellbent on carrying out with all deliberate speed.

For instance, there is the highly malevolent contrivance to irreversibly alter the human bio-organism in ways that can only be described as demonic. See: FUNVAX: Globalist Plot to Mandate COVID-19 Vaccine Exposes Shocking Satanic Conspiracy

The bottom line here is that Dr. Fauci knows full well the egregious crimes that he and his co-conspirators are cavalierly committing against the American people.  Hence, Fauci must be apprehended and prosecuted to the fullest extent of the law — POST HASTE — before too much irreparable damage is done to the country … before so much death occurs across the land! 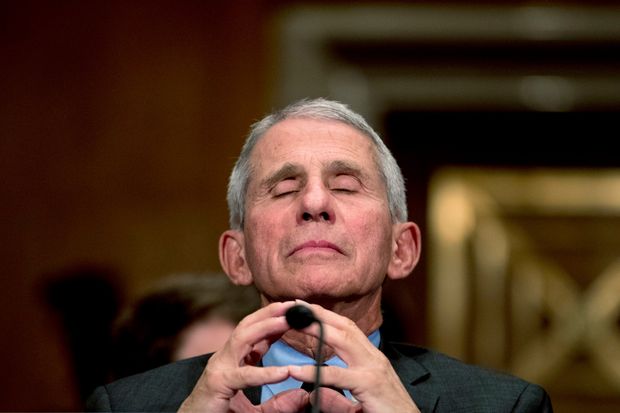 DR. FAUCI: An International Drug Trafficker at the Hub of the Global Vaccine Crime Syndicate