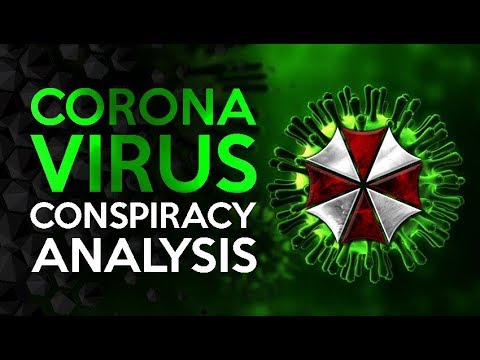 Since January of 2020 the whole world has witnessed the ruthless execution of an incomparable plan to lock down the planet.

Also known as the Plandemic, this extremely brash scheme has been carried out worldwide with extraordinary recklessness and desperation. In so doing, the perpetrators have triggered a HUGE backlash.

This backlash has manifested is several ways. The most significant of these is that people everywhere are fervently investigating this international crime scene like none before.

Not only are many people indignant about mandatory masks for the healthy and forced quarantines for the uninfected, myriad livelihoods have been stolen around the globe. Hence, folks everywhere want to know everything they can about this devastating international criminal conspiracy. And they want to know right now!

In the process of investigating this fundamentally Zio-Anglo-American black operation, it has become clear to numerous researchers that there are three main pillars of the OPERATION COVID-19 in the United States. Without those 3 pillars firmly in place, the platform would have collapsed before THE GREAT SCAMDEMIC crime wave ever got going.

THE GREAT SCAMDEMIC: Biggest and Deadliest Medical Fraud
Ever Perpetrated on the Human Race

To date, there have been two massive crime waves that have washed over the Earth. Those who are in the know are well aware that it is the third crime wave coming in October that will be a global tidal wave of truly epic proportions if it’s not exposed. Toward that end, the major components of the first crime wave have been explained as follows. 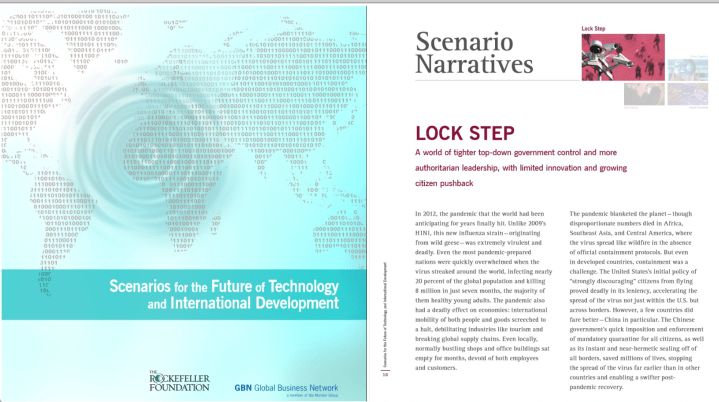 First, there was the now infamous Rockefeller Master Plan as described in the following penetrating analysis.

What follows is a play-by-play breakdown of the “Rockefeller Lockstep 2010” as it has been stealthily implemented since January of 2020. This investigation shows the Rockefeller Master Plan actually began in 2008 as demonstrated by the meticulous execution of the initial phases of the project.

It’s of paramount importance to understand that the Rockefeller Master Plan had its origin in the United Kingdom. The long-term strategy (and funding) for this type of highly complex and convoluted scheme always starts in London just as the 1918 Spanish Flu Pandemic did. 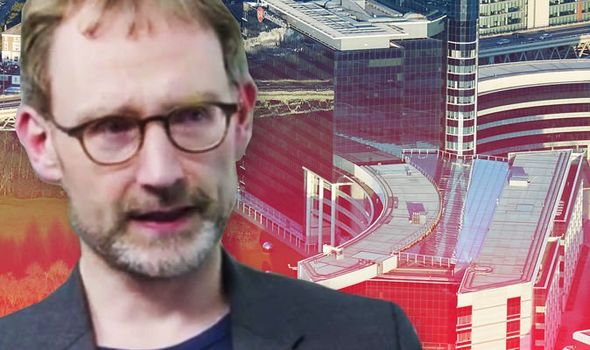 Professor Neil Ferguson of Imperial College London concocted the highly flawed coronavirus model that served as the basis to lock down the world.

Next, we come to the integral role of the Imperial College London and their frontman Professor Neil Ferguson.

Just like Dr. Fauci was set up over 36 years to be the American point man for the CORONAhoax, Ferguson has been at the forefront of epidemic and pandemic modeling over decades.

In point of fact, it was Prof. Ferguson who was directly responsible for predicting 2.2 million U.S. deaths, which he did prior to the initial American coronavirus clusters. As follows:

Why did the Imperial College of London use totally fake models to predict
over 2.2 million American deaths?!

In the aftermath of Ferguson’s BIG fail, his bosses quite cunningly arranged for his expeditious departure in order to short circuit any demands for a deeper investigation. All it takes is one high-profile fall guy to terminate what should have been an international criminal probe into his sources and methods as well as other serious transgressions.

Nevertheless, a tremendous amount of damage was already done to the United States, as well as to the world community of nations. The extreme over-reaction by governments and corporations everywhere essentially triggered the Second Great Depression.

The British Academic and Research Establishment has often been used in this manner to mislead the world into various calamitous predicaments over the centuries. Oxford, Cambridge and the Imperial College are staffed by British Deep State-directed professors and researchers who will publish any study that’s necessary to push a globalist narrative or promote the New World Order agenda.

KEY POINT: In an effort to quickly remove the Imperial College coronavirus modeling catastrophe, Prof. Ferguson was ignominiously fired from his job after knowingly being set up with a honeytrap. This is how the COVID-19 perps immediately eliminated such a radioactive issue: they identify the patsy or stooge and take them off the world stage with an apparent cause. Once Ferguson was taken out, the Imperial College was let off the hook for making the “Mistake of the Millennium”. And, then, the fake modeling disaster was disappeared from the mainstream media altogether. 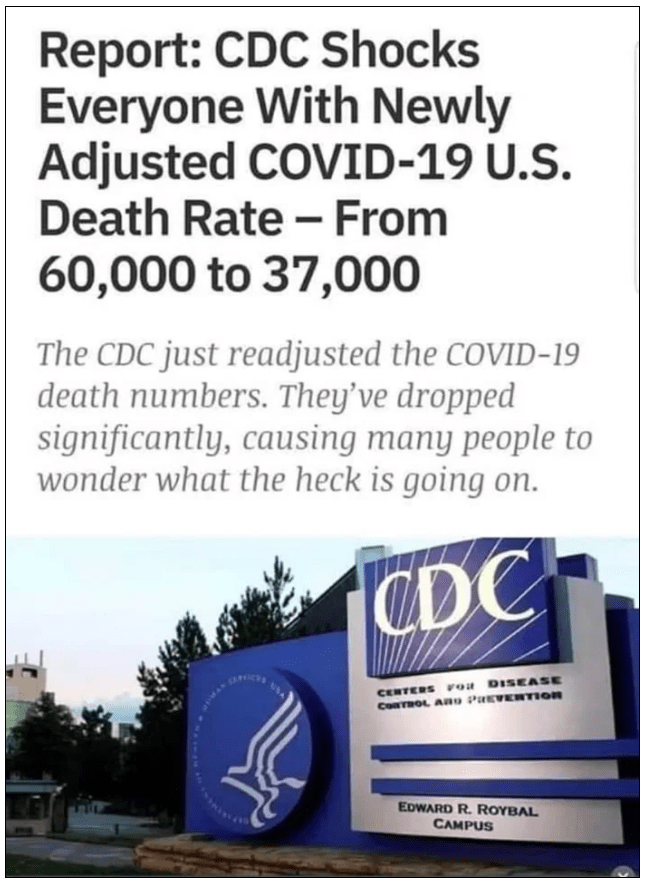 The Center for Disease Control has been at the very center of this massive governmental conspiracy to deceive the American people. Of course, the CDC does that with phony experts, fake science, fictional studies, fudged data, false info, fraudulent methodologies, fabricated predictions, fallacious reports and fictitious narratives. Everything the CDC does is fantastically wrong because it’s really the product of fanciful Big Pharma.

It has already been proven conclusively that the CDC has been data massaging the numbers since the very beginning of this manufactured pandemic. One medical investigative journalist even penned a piece titled: Huge COVID case-counting deception at the CDC.

The CDC set the American stage of the CORONAhoax by permitting an extremely liberal interpretation of the official cause of COVID deaths throughout the USA. The attending physician has been allowed to speculate that COVID-19 was the cause of death even though it may not have been. This dubious procedure alone is not only unprecedented, it has resulted in mortality rates that are way overblown…which are then handed to the mainstream media to use in their daily coronavirus scare-mongering. See: CDC Guidelines Permit COVID-19 Death Classifications that Are Speculative (Video)

Here’s another reason why COVID-19 infection rates are being dramatically overstated.

The Medicare reimbursement is $13,000
for Covid-19 admissions to the Hospital;
and if those Covid-19 patients receive ventilator treatment, the reimbursement
is $39,000[1]

All of these unparalleled policies and procedures have been carried out with the approval of the CDC in spite of the gross inaccuracies and incorrect assumptions. However, the Trump administration has since appropriately reacted with grave concern. See: Trump administration shifts control of coronavirus hospital data from CDC to HHS

Nevertheless, the CDC appears determined to continue to fix the COVID-19 numbers so that they are heavily skewed toward an ever-burgeoning pandemic. Many researchers are now asking: Why is the CDC planning for such a HUGE death toll this Fall?

There’s no question that the CDC has unscrupulously played a key part in this Plandemic. Even the Response Coordinator for the White House Coronavirus Task Force exclaimed that “There is nothing from the CDC that I can trust”.

Just where is THE GREAT SCAMDEMIC leading to?

Answer: To fabricating a national climate whereby a mandatory vaccination becomes the law of the land, with no exemptions — medical or religious — issued to anyone for any reason whatsoever.

So, even though the CDC has been outright lying all the way through this Plandemic – from March 11 until today – inflating all the case numbers and death statistics, which were also inflated by the hospitals, there are many in government determined to make a coronavirus vaccine compulsory.

Even though any mandatory vaccination program would be based on so much patently false data, the Deep State seems hellbent to push draconian vaccine legislation through the U.S. Congress.

Of course, the entire scheme rested on the obviously false predictions made by the Imperial College in February 2020.

The upshot of this conspiratorial plot is that profoundly untrustworthy characters such as Dr. Fauci and Bill Gates are avidly promoting an unproven, toxic and unsafe vaccine as a prophylactic treatment for a coronavirus disease that’s not even yet well understood. See: FAUCI ADMITS VACCINES TAKE 7 YEARS TO BE DEVELOPED (Video)

Why would anyone take such a risky vaccine, especially in light of the fact that over $4.2 billion has been awarded by the National Vaccine Injury Compensation Program as of October, 2019. Countless individuals have already suffered from and been compensated for this form of medical rape.

What Big Pharma and their Deep State co-conspirators have failed to realize is that both the Health Freedom and Anti-Vax movements have grown immensely over the past few years. These fierce health advocates, especially the Patriots, Conservatives and Christians, know that if Gates gets his way with a mandated microchipped vaccine, the American Republic will be history. An implantable and digital immunity certificate would also be swiftly denounced by the same folks as the long-feared “Mark of the Beast”.

CAVEAT: Only by understanding the primary pillars of this multi-pronged NWO strategy can each subsequent COVID-19 crime spree be thwarted. The globalists know that each successive crime wave gets more difficult for them to pull off as people wake up. Therefore, please post this crucial info everywhere and anywhere—thank you!

[1] Here’s why COVID-19 deaths are being grossly inflated across America! (Video)