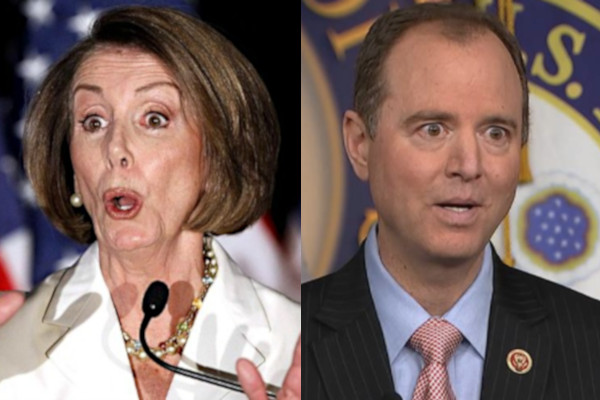 Is Pelosi really a C.I.A. plant conducting a communist takeover of the Democrat Party? 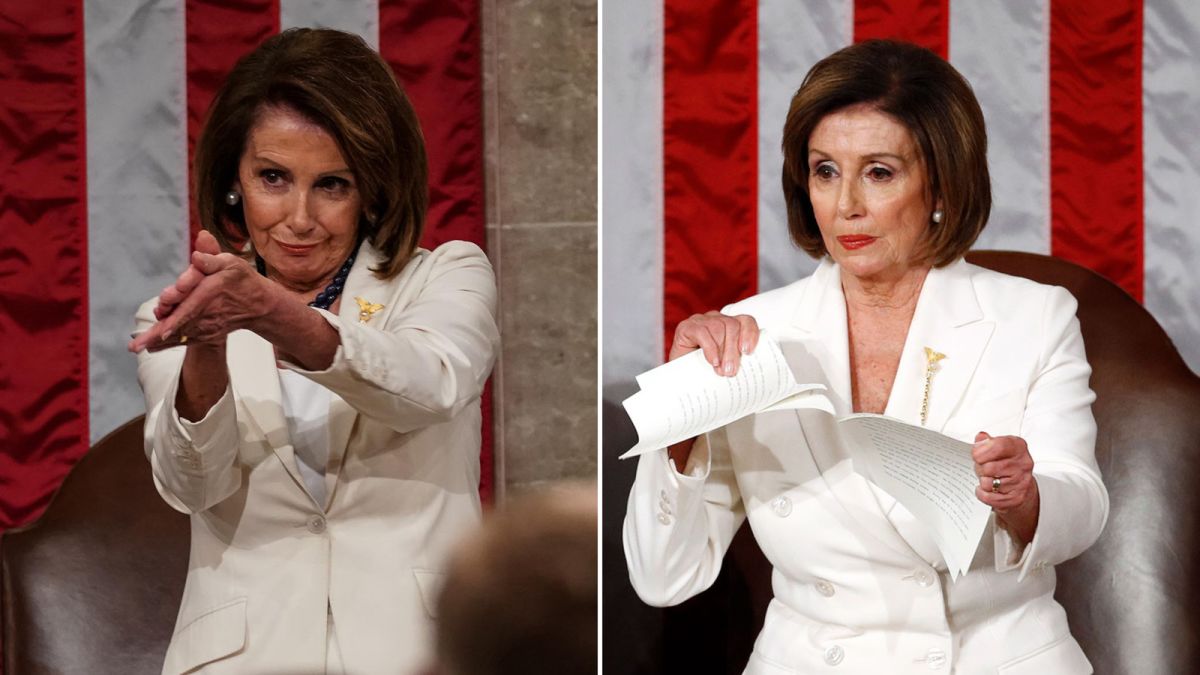 Or, is the Speaker running a covert operation with Adam Schiff to overthrow the Trump Administration? 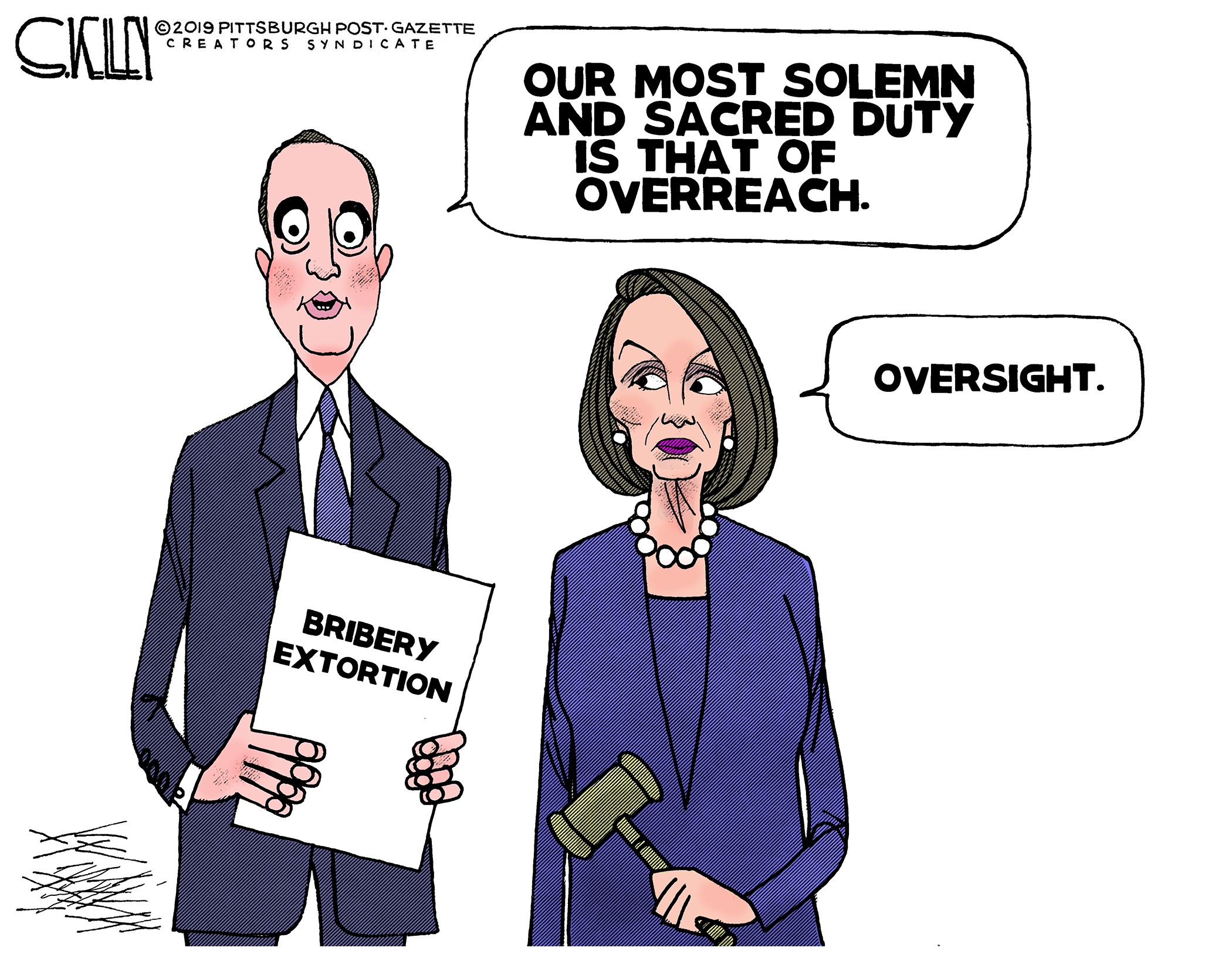 Or, is the Democrat Party set on collapsing the American Republic on the way to a Totalitarian Technocracy? 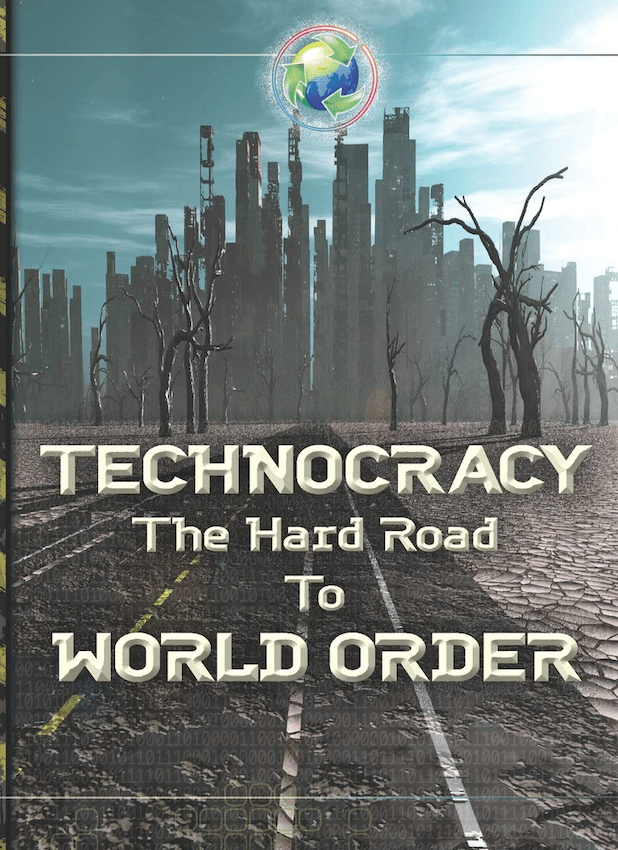 Or, are all three conspiratorial plots in progress?

Just when you thought things could not possibly get any worse, House Speaker Nancy Pelosi literally tears up a copy of Trump’s SOTU speech at the closing of his delivery DURING PRIME TIME ! ! !

Pelosi quite deliberately chose that perfect time to act out such a juvenile, embarrassing and despicable stunt irrespective of what the whole world would think.

What upstanding citizen would ever want to have anything to do with the utterly depraved Donkey Party? Really, who would be that stupid to vote for a bunch of Bolsheviks, Communists, Socialists, Ultra-Liberals, Super-Progressives and Extreme Leftists?

These Democrats and Liberals have gone totally insane! Bonkers! Batshit crazy! However, all of the episodes of madness are being orchestrated with highly purposeful design. This ongoing Democrat drama is being staged with the same deliberation of a Shakespearean tragedy.

KEY POINT: It’s entirely true that there is a seditious criminal conspiracy at work here. Foreign agent and traitor to the American Republic Nancy Pelosi is prominently configured in that subversive plot as is Adam Schiff. The skeleton of just one of those schemes to collapse the United States of America is fleshed out here: PELOSIgate: The Radioactive Scandal That Will Rock America.

So, what we are all witnessing is an unparalleled crash and burn of a major political party; unless, of course, they take down the whole country first. Now that’s a serious possibility to deeply contemplate, YES?!

There’s another grotesque, tragicomic figure who is also playing a crucial role in this attempted coup d’état prior to a full-blown revolutionary overthrow of the American Republic.

Who, pray tell, has not seen or heard Adam Schiff act in a similarly scandalous and seditious manner?

Even in his highly visible capacity as Intelligence Committee Chairman, we see an individual who is quite willing to commit a series of egregious crime sprees IN BROAD DAYLIGHT.

Now that’s unheard of, and could only have taken place because of the sheer power and satanic influence operating behind the scenes. After all, what hidden powers and political forces are capable of perpetrating such overt acts of rebellion IN LIVING COLOR? See: Nothing changes until those who secretly rule US are prosecuted for 9/11, JFK, OK City, 5G, Chemtrails, Vaccines….

While Pelosi and Schiff continue to profoundly undermine the U.S. Constitution and Bill of Rights, they both act with an impunity never seen before in American history.

That two Democrat leaders have seemingly gotten away with murder — MURDER OF THE REPUBLIC — can only be explained by way of a very real conspiracy theory that is as broad and deep as any ever undertaken.

Truly, Pelosi and Schiff are the Fric & Frac of the Donkey Party. They were both chosen to play the fool, to play the village idiot, while the national audience reels in disbelief.

In the midst of the unbroken incredulity experienced by the body politic, the shocking antics and unrivaled chutzpah of this Fric & Frac tag team have deflected the attention from a grave danger that lurks but a hairsbreadth away.

All of which begs the question: Is Nancy Pelosi a communist Trojan horse stealthily planted in the speakership to completely destroy the Democrat Party?

Or, is Pelosi up to something much more sinister and treasonous? As follows:

Also, precisely what is Schiff’s pivotal role in this fastidiously engineered train wreck? As follows:

Don’t be misled: Pelosi and Schiff are just two frontmen for a vast New World Order conspiracy that the globalist cabal has been executing over decades. There are several prongs to their multi-pronged strategy to completely destroy the United States. One of those is to first transform the once Golden State of California into a cultural marxist paradise so that the other 49 states can follow suit. That’s why Pelosi and Schiff hail from the “Sodom and Gomorrah” of the Left Coast. Whereas Pelosi surreptitiously champions the devastation of San Fran, Schiff brashly promotes the utter decadence of LA. See: Adam Schiff’s Crime Scene at The Standard Hotel Exposed by Witness (Video)

Speaker Pelosi’s unprecedented act of profound public disrespect and stunningly offensive behavior performed right in the United States Capitol was NOT carried out without a tremendous amount of “cold calculation”. For Nancy Patricia Pelosi is truly a foreign agent. She’s not working for the American people; rather, she’s a political hitman for the International Banking Cartel (IBC). Whatever they tell her to do, she does with great immediacy and cruel efficiency.

This is the very same banking cartel that was behind the Bolshevik Revolution of 1917 and Chinese Communist Revolution that ended in 1949. Now the banksters are carrying out a uniquely American Bolshevik Revolution, the cold phase of which has been in progress for decades under the rubric of Cultural Marxism. See: The Hidden Powers Behind the Destruction of America

The IBC has Nancy Pelosi and Adam Schiff exactly where they want them. For example, Now we know why Adam Schiff is so easily blackmailed and bribed to commit any crime his globalist masters tell him to.

Therefore, it’s never been so critical for the continuity of the Republic that the American people understand exactly who Pelosi and Schiff working for. And, especially, to know what their ultimate plan is for the USA. Read: CROWNGATE: THE GREATEST CRIMINAL CONSPIRACY IN U.S. HISTORY

KEY POINT: Prior to the hot phase of any communist revolution down through history, there is a prolonged period of manufactured chaos. Depending on the condition of the targeted country, and how effective the social engineering has been in corralling a critical mass of citizens into the pen of compliance with communist political correctness, societal norms can be violently assaulted. In this manner, the treacherous cultural marxists ensure that society will deteriorate to such an outrageous degree that revolution will be in the air. This wily scheming basically guarantees that both sides will show up on whatever battlefield(s) has been pre-determined by the reptiles at the top of the food chain.

The bottom line here is that the Democrat Party can never again be permitted to control the Executive Branch of the U.S. Federal Government. Not only has that party been totally taken over by hardcore communists, the bolsheviks really run the show from behind (e.g. AntiFa & Black Lives Matter). When a lifelong socialist like Bernie Sanders is seriously flirting with the 2020 Democrat nomination, you know just how far gone the Democrats are. Moreover, the ever-perfidious DNC has proven itself to be a hopelessly corrupt and criminal organization hellbent on destroying the nation.

In light of the swiftly disintegrating Democratic Party of old, it’s essential for the Truth Movement to disseminate the many perilous truths about their intensifying clandestine coup against Trump. The more folks who know about their divisive schemes and ruinous plots, the more people support they will lose. When the Democrat base becomes aware of their nefarious plans, financial support will evaporate in a day and a night. Without the necessary numbers and money, the Democrat Party will become a thing of the past, as it should be.

The NWO globalists have been using the Democrat Party for many years to implement their furtive agenda toward the establishment of a One World Government. Hence, that party must be dissolved by force if is does not self-destruct on its own. This single eventuality will terminate the never-ending coup against Trump, as well as thwart the ongoing transformation of the USA into a “totalitarian technocracy”. However, President Trump must first undertake various vital initiatives in the interest of shutting down the rapidly evolving American Bolshevik Revolution.

First: Soros Must Be Arrested, Prosecuted and Imprisoned to Prevent Civil War

Secondly: The Mainstream Media Must Be Shut Down And/Or Taken Over Post-Haste

Thirdly: MILITARY TRIBUNALS: Why They Are Absolutely Necessary

Pelosi’s transparent act of sheer desperation during the SOTU ought to be a HUGE clue about the advanced stage of their revolt. Likewise, the many naked acts of treason committed by Schiff indicate how strong and entrenched their power really is. Therefore, it ought to be quite clear that the LAST window of opportunity is closing very quickly.

The traitorous perps will NOT permit a Trump victory on November 3rd. Even if Trump has all the polls going his way, the Democrats will somehow rig the election. Remember, the DNC will outright fix primaries as they have done against Sanders once; maybe twice as of this year. Most significantly, the Democrats already stole every election in sight during the 2018 midterms so what’s to stop them from stealing the 2020 election.[1] The DEMs know they have to win or else they really are history.