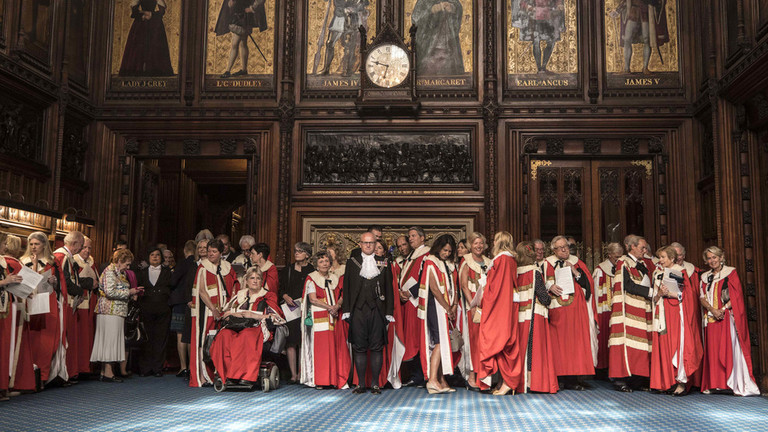 The UK government wants to curb Russian paid influence peddlers among members of the House of Lords – or at least that’s what the Sunday Times has seemingly insinuated, singling out three peers as “Moscow’s men.”

Last week’s edition of the newspaper ran two news stories (plus an op-ed) on the sinister threat of “red money” – which is like “dirty money” but worse because it comes from Russia and China. One article switches between the perceived threat of Huawei’s 5G equipment to British national security and that of having peers with business interests in Russia sitting in Parliament. The other raises the alarm specifically about Russia and a report that seven members of the House of Lords have declared business links with the country.

Of those seven, three were singled out by the Sunday Times as “Moscow’s men”: Lord Skidelsky, Lord Truscott, and Baron Barker of Battle. The publication seems to imply that they may be part of the Kremlin’s ‘hybrid warfare’ – because they “have said positive things about the country and its leaders.” But it was also careful to state that this doesn’t suggest any of the lords did anything improper.

Lord Skidelsky, “who has spoken out against sanctions on Russia,” told RT that the implications of the pieces were insulting. “If you say ‘Moscow’s men’ you are really insinuating that they are almost paid lobbyists for the Russian government, which is completely untrue and deeply offensive,” he said.

“I do not intend on wasting my time doing interviews on stories I regard as total rubbish by the tarnished Murdoch press, which if it can’t find a story, makes it up,” he wrote in an email. “The Times and Sunday Times never let facts get in the way of trying, somewhat desperately, to boost their respective circulations with a dose of hysterical Russophobia. And you can quote me on that.”