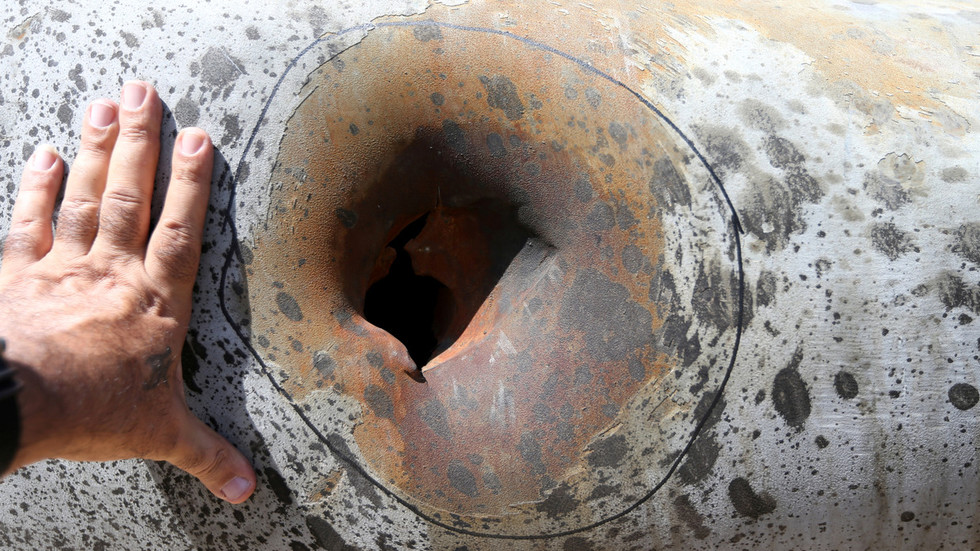 Saudi Arabia may have joined the US in blaming Iran for last week’s attack on its oil facilities, but the kingdom’s response clearly shows it doesn’t believe it to be true, Iranian Foreign Minister Mohammad Javad Zarif has said.

“Since the Saudi regime has blamed Iran – baseless as that is – for the attacks on its oil facilities, curious that they retaliated against Hodaideh in Yemen today – breaking a UN ceasefire,” Zarif wrote on Twitter.

A key Saudi oil facility was seriously damaged last Saturday in a raid by drones and cruise missiles, leading to a sharp drop in production. Yemen’s Houthi rebels claimed responsibility for the attack, but Washington and Riyadh insist the group was incapable of launching such an elaborate assault, and accused Iran of being the perpetrator.

Despite this, Saudi Arabia launched bombing sorties in Yemen targeting the Houthi-controlled port of Hodeidah on Friday, which the Yemeni rebels called a dangerous escalation that could “blow up” a UN-negotiated truce between the two parties.

The Saudis have been intervening in Yemen since 2015 in an attempt to return a Riyadh-friendly president to power. The conflict is perceived by Saudi Arabia as a proxy war against Iran, its regional arch-rival. Tehran denies supporting the Houthis militarily.

Washington responded to the attack on Saudi oil infrastructure by deploying more troops to the Middle East. The incident was a major embarrassment for the US since its costly air defense systems failed to protect the site from the drones and missiles. Saudi Arabia is a leading buyer of American arms and has been using them extensively in Yemen, but last week’s debacle questions whether those investments were wise.

The US is also set to impose additional sanctions on the Iranian banking system in retaliation. Washington framed these as measures necessary to stop the funding of terrorism by Tehran, but Zarif said the US wants to stifle Iran’s foreign trade and “its access to food and medicine.”

“This move is unacceptable and dangerous,” the Iranian official said.

Iran is already living under increasingly harsh sanctions from the US, which the Trump administration has been ratcheting up since the president’s first months in power.