Why did the Pennsylvania state government hire an Israeli company to spy on citizens? 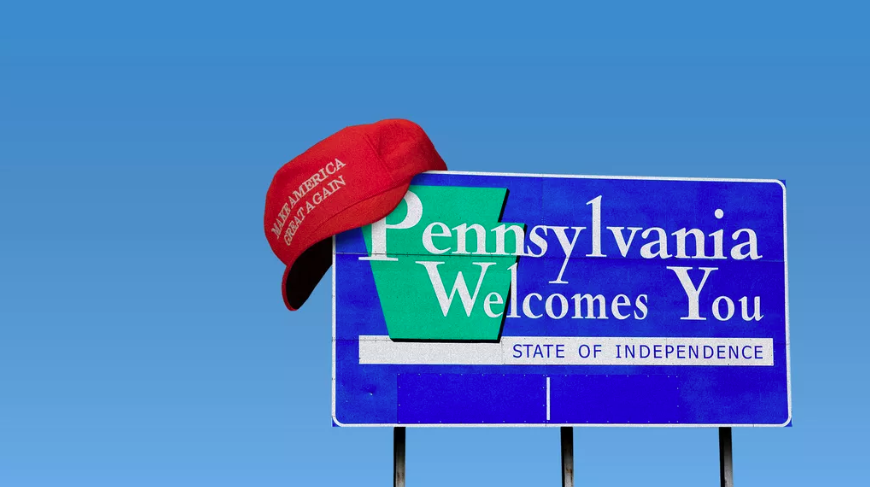 Why did the Pennsylvania state government hire an Israeli company to spy on citizens?

The surprise disclosure that the Commonwealth of Pennsylvania, through its state Homeland Security Agency, along with a number of local police departments in the state, have been employing a private Israeli security company with strong links to Mossad and the Israeli Defense Force grows increasingly disturbing when the website of the company, called the Institute of Terrorism Research and Response, is examined.

ITRR’s slick site at www.terrorresponse.org features a homepage image of an armor-clad soldier or riot policeman preparing to fire an automatic pistol, while the company boasts of being “the preeminent Isreal/American security firm, providing training, intelligence and education for clients across the globe.”

The firm, which offers courses locally at the University of Philadelphia, notes that all its course offerings, some of which are taught in Israel, are “approved by the Israeli Ministry of Defense.” The course titles include such compelling topics as: “Tactical Advantage in Combat,” “Civilian Battlefield,” “Undercover/Plainclothes Tactical Operations,” “Israeli Shooting Techniques,” “Arena Combat,” “Hard Entry (Arrest)” and “Principles of Night Operations.” While a number of the titles link to course descriptions, the links to the undercover class and the civilian battlefield class were disabled when this reporter visited the site, which was two days after the company’s role as a state security contractor was exposed.

The description for the Tactical Advantage course, which the website says was designed for military, law enforcement and security personnel, describes the program as “intense, dirty, aggressive and based on Israeli Counter-Terror Schools policy.” It says “This course pushes trainees to the physical and mental edge.” American organizations which engage in protests and rallies, hearing that reference to the Israeli Counter-Terror Schools policy, might recall the IDF’s handling of the aid flotilla that was boarded on the high seas by IDF troops as they read these lines. That assault, in which the Israelis used 9mm semi-automatic weapons against defenders armed at most with sticks and light chains, left nine flotilla participants, including a young Turkish American, dead.

The Institute of Terrorism Research and Response, which only lists a post-box address in Philadelphia (though in its report on the scandal the Philadelphia Inquirer referred to ITRR as a “Philadelphia-based company with offices in Philadelphia and Jerusalem”), also advertises a subsidiary operation it calls a Targeted Action Monitoring Center (TAM-C), which it claims is “world renowned” and which it says supplies “factual, actionable intelligence to subscribers.” All information gathered by the firm’s staff of “former law enforcement, military and intelligence professionals” is sent to the Israeli headquarters of the TAM-C for processing–a move which effectively insulates it from discovery by any surveillance victims who might seek disclosure under federal or state Freedom of Information laws, or who might sue in court for violation of their civil liberties.

While ITRR, founded in 2004, doesn’t name any of its clients, it says they range from Fortune 100 companies, including the power industry, maritime companies, US infrastructure companies, “the company company charged with protecting oil production facilities,” missionary organizations and pharmaceutical firms, to law enforcement agencies and joint terrorism task forces.

A search on Google for references to ITRR doesn’t turn up much, but there is a report in July 2008 by a Washington-based right-wing site called National Terror Alert, which attributes a warning of a “possible large-scale terror attack” to ITRR. Claiming that it had “intercepted communications from an organization closely associated with international terrorists, to include al Qaeda,” the National Terror Alert organization says TIRR reports that, “Available intelligence and recent events indicate that terrorists have an established capability and current intent to mount an attack on the target and there is some additional information on the nature of the threat. It is assessed that an attack on the target is a priority for the terrorists and is likely to be mounted.”

Nothing came of this “alert,” but it should be noted that a year later, the first head of the new federal Department of Homeland Security, former Republican governor of Pennsylvania Tom Ridge, admitted that the color-coded terror alerts issued by his office had been manipulated to serve Republican political interests. It should also be recalled that the 2008 TIRR “warning” came during the height of the election season, just before the two national party conventions. As the Philadelphia Daily News commented at the time in a headline, “GOP kicks off fall campaign with heightened terror alert.”

But ITRR does much more than just monitor terrorists. Indeed, it seems to be far too busy monitoring legitimate, non-violent and completely legal protest organizations and other political groups to do much real anti-terror work. According to news reports on ITRR’s work for the Pennsylvania Homeland Security Agency and also the Pittsburgh Police Department, it would appear that ITRR was spying on and providing Pennsylvania State Police and Homeland Security with reports on everything from anti-war groups and anti-oil-shale-fracking groups to gay rights groups, animal rights groups, environmental organizations and even Good Schools Pennsylvania, a citizens association formed to back Gov. Ed Rendell’s school reform initiatives. Even a Harrisburg, PA man who likes to bring a 25-foot inflatable pig to demonstrations to symbolize government waste was targeted.

While local news media reports in Philadelphia have suggested that ITRR is just composed of two people, Aaron Richman, an Israeli police captain and security consultant and Michael Perelman, a retired New York City police commander, the website makes it clear that the company actually employs a large number of people in Israel, and may have as many as 15 people working “in the field” in the US.

Its activities are not limited to Pennsylvania either. The firm boasts on its website that “Information provided to clients ranges from issues of global jihad to Mexican Cartel threats along America’s southern border (maybe that’s where Arizona Gov. Jan Brewer got her weird tale, eventually debunked and retracted, of beheadings in the border desert?) to providing guidance of the threat of disorders as a result of international monetary meetings.”

This latter is a reference to the yeoman work ITRR reportedly did for the Pittsburg Police Department in advance of the disastrous G-20 meeting in Pittsburgh, which turned into a police riot after the local government and police brought in hundreds of reinforcements from other cities, with cops suited up as though for war, to lock down the city and prevent students from demonstrating against the predations of international capital and international “free trade” agreements. It appears that ITRR had ingratiated its way into the confidence of demonstration planners by having its agents join chat rooms and websites “posing as G-20 opponents.” One wonders whether these same agents may have also acted as agents provocateur.

As the head of Pennsylvania’s Homeland Security Agency, James Powers, who hired ITRR, put it, “We got the information to the Pittsburgh Police, and they were able to cut them off at the pass.”

So much for the Constitutional right to protest!

Several calls for comment made to the Homeland Security Agency and the Pennsylvania Emergency Management Agency which oversees it went unanswered, but Perelman has released a statement saying “The Institute of Terrorism Research and Response tracks events, givinglaw enforcement a heads-up for the potential of disorder as our bulletins provided to the [state] clearly show…[and] does not follow people, conduct surveillance, photograph, or record individuals.”

Gov. Rendell, after the story about ITRR’s activities for the state under a no-bid, $125,000/year contract, broke, claimed he was “embarrassed” by the spying on non-violent civic action organizations, and vowed to cancel the contract effective this October.

It is not clear, however, that there will be any information provided about who was spied on over the time the company has been active. Members of both political parties in the state legislature are calling for a General Assembly hearing into ITRR’s activities, but such calls in this closely divided body generally come to little or nothing. Meanwhile, Rendell, a lame duck governor headed for the exit, is unlikely to do anything about the issue beyond saying he’s embarrassed by it. He has said he has no intention of firing Powers.

I know how damaging this kind of spying by state and local governments can be. Back in the mid-1970s, when I and some journalist colleagues owned and ran a small weekly alternative newspaper in Los Angeles, the LA Vanguard, we were among the targets of a massive illegal spying campaign by the paranoid Los Angeles Police Department’s “red squad,” the Public Disorder Intelligence Division. Our staff was actually penetrated by a young red squad officer, who pretended to be a student wannabe journalist in order to try to learn our sources for reports on the LAPD. But we were only one of about 200 groups, ranging from a local anti-nuclear group to the Peace & Freedom Party, a well-known third party in California electoral politics, to the National Organization for Woman and even the office of then City Councilman Zev Yaroslavsky.

The reason we all learned about what the LAPD red squad was doing was that one spy was outed, a class-action suit was filed by the ACLU of Southern California, there was discovery ordered by the court, and eventually the city of Los Angeles settled with the victims of the campaign, to the tune of $1.8 million.

The Pennsylvania ACLU may sue Pennsylvania over this latest domestic spying outrage, but the times have changed, and it is hard to be confident that the courts, no great friend of civil liberties at the state level, and packed with Reagan and Bush 1 and 2 appointees at the federal level, will mandate disclosure of the names of groups spied on, much less of the records that were compiled. Furthermore, because the state did this spying through an outside contractor, which is headquartered in Israel, government and police agencies could claim that the records are for the most part out of their hands and beyond the courts’ jurisdiction.

At least one man, Gene Stilp, owner of the giant inflatable pig, already has plans to sue the government in federal court. “When people’s civil rights are trampled it’s a federal issue,” says Stilp, himself a licensed attorney. Stilp says he isn’t satisfied with Rendell’s statement that he is “embarrassed” by the disclosure of ITRR’s contract. “Being embarrassed doesn’t cut it,” says Stilp, who is calling for an investigation into ITRR’s spying activities by the attorney general or the federal government, and full disclosure of which groups and individuals were spied upon.

Another person who has good reason to believe he was probably targeted by ITRR is ThisCantBeHappening!’s own John Grant. Says Grant, “The more I read about this affair, the more disturbing it seems. I’m a Vietnam veteran and part of an organization — Veterans For Peace — that very publicly opposes the wars in Iraq and Afghanistan. We meet monthly and we organize events with other anti-war groups. All First-Amendment-protected, red-blooded American stuff. To think that some self-ordained watchdog group of security freaks is monitoring me and my friends and reporting our activities to God-knows who in the context of ‘terrorism’ — and probably making tons of money doing it — really pisses me off. Governor Rendell SHOULD be embarrassed. He should come clean and make public all the groups and people this gang was spying and reporting on. The fact they are somehow connected to Israel — a nation many of us have been critical of — is further reason to clear up what’s going on.”