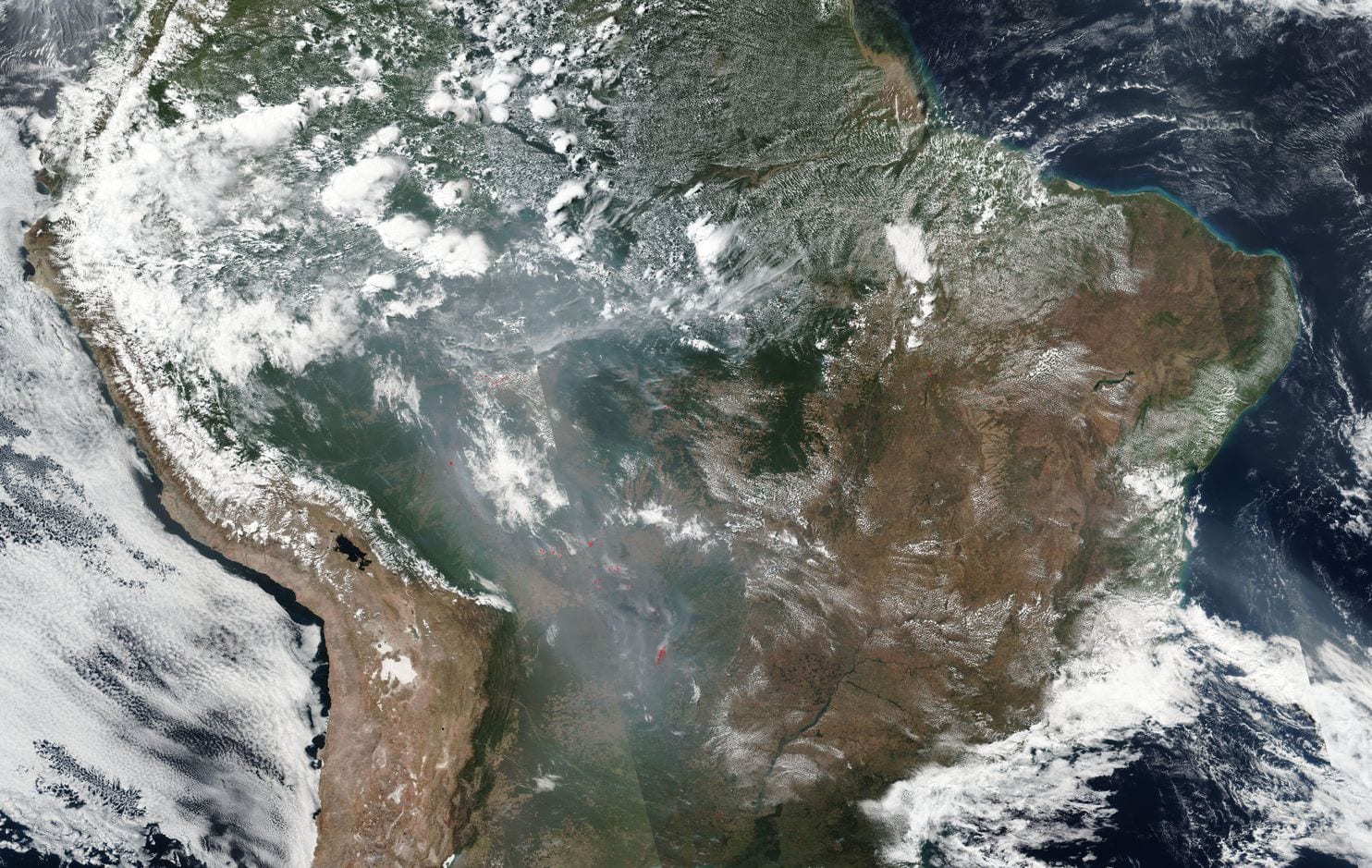 Bolsonaro Admits Farmers May Have Started Amazon Wildfires, Warns World Not To Interfere

As the outcry over the wildfires currently tearing through the Amazon intensifies, Brazilian President Jair Bolsonaro admitted on Thursday that farmers might be illegally setting fires to clear land for pasture, after previously blaming NGOs for the the 85% spike in wildfires, compared to 2018 Reuters reports.

But he warned outsiders not to interfere, as French President Emmanuel Macron insisted that the situation in Brazil should be discussed by the G-7 in Biarritz this weekend, while UN Secretary General Antonio Gutterres expressed concern about the fires via Twitter. Macron called the fires “an international crisis” in a tweet.

Thousands of fires are ravaging the Amazon rainforest in Brazil. How bad are they? https://t.co/HyUUSVeP5q #AmazonFires pic.twitter.com/vJ1E7pr8eX

But Bolsonaro was angered by what he described as ‘meddling’, and mocked countries like Germany and Norway that recently suspended financing for projects intended to curb deforestation.

“These countries that send money here, they don’t send it out of charity…They send it with the aim of interfering with our sovereignty,” Bolsonaro said.

That said, their money is still welcome: earlier on Thursday, he admitted that Brazil alone doesn’t have the resources to suppress the ‘criminal’ fires.

“The Amazon is bigger than Europe, how will you fight criminal fires in such an area?” he asked reporters as he left the presidential residence. “We do not have the resources for that.”

According to government figures, wildfires have nearly doubled during this year’s dry season. Federal prosecutors said they were investigating the spike in deforestation and wildfires in the state of Pará to determine whether there has been reduced monitoring and enforcement of environmental protections.

But some have accused Bolsonaro of tacitly condoning the farmers, by insisting that Brazil should open up more of the rainforest to business interests like farming and mining. Roughly 60% of the rainforest is in Brazil.

Prosecutors said they would look into an ad that they said was published in a local newspaper encouraging farmers to participate in a “Fire Day,” in which they would burn large areas of forest “to show Bolsonaro their willingness to work.”

Colombia, which is also home to part of the rainforest, said on Thursday that it would support protecting against the fires.

“Colombian authorities are already working to contain the propagation of these fires toward Colombian territory and we are willing to collaborate with our neighbors in this common cause,” the Colombian Foreign Ministry said in a statement.

Bolsonaro has been repeatedly criticized for his stance on the Amazon, and though the wildfires are largely out of his control, his reluctance to blame farmers for setting them risks giving the impression that he doesn’t see stopping the fires as a priority.

Meanwhile, in the US, every celebrity and ‘influencer’ has posted about the wildfires and the lack of ‘media’ coverage – giving the impression that the rainforest is truly in danger, and ignoring the fact that wildfires happen in the Amazon every year.