Was FBI-staged Russian ‘honeytrap’ the only ‘deep state’ anti-Trump plot? 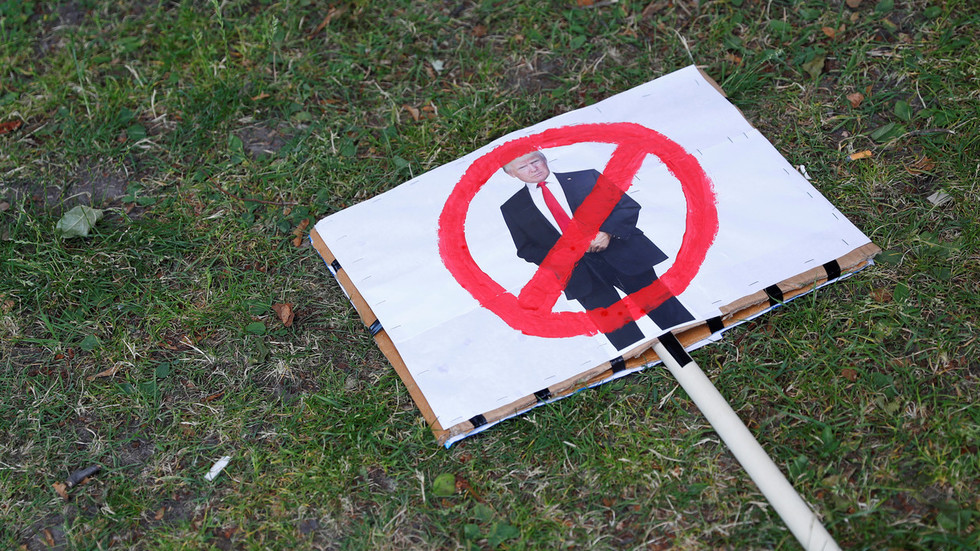 Was FBI-staged Russian ‘honeytrap’ the only ‘deep state’ anti-Trump plot?

Revelations by former Overstock CEO Patrick Byrne about ‘Russian agent’ Maria Butina are yet another dot in the pattern of behavior by US intelligence agencies who were involved in the ‘Russiagate’ conspiracy.

Butina is the Russian pro-gun activist who after months of solitary confinement confessed to being an “unregistered foreign agent” in 2016. To federal prosecutors and the media, her involvement with the US gun lobby and Republican circles during the early days of the Trump campaign seemed like evidence that Moscow was sending agents to “meddle” in the US.

Prosecutors even falsely accused Butina of using “sex in exchange for a position within a special interest organization,”and the media lapped it up, regurgitating every Cold War spy fiction trope they could in sensationalist headlines.

To hear Byrne tell it, however, Butina may have been the prey and not the hunter. In a series of interviews on Thursday, following his resignation from Overstock, Byrne said he had been approached by the FBI and asked to “rekindle a romantic relationship” with Butina to gather information on the young activist. Byrne said he was “specifically told” that the order came down from then-FBI Director James Comey himself.

Comey, you may recall, was fired by Trump in May 2017 on recommendation of Deputy Attorney General Rod Rosenstein. This triggered calls for the appointment of special counsel – the job that went to Comey’s friend Robert Mueller. Both Comey and Rosenstein were involved in “spying” on the Trump campaign via adviser Carter Page, using FISA federal warrants predicated largely on the so-called Steele Dossier, a collection of claims paid for by Hillary Clinton’s campaign.

As part of that probe, another Trump campaign adviser, George Papadopoulos, was jailed for lying to the FBI, after an Australian diplomat reported he had talked about the “dirt” Russia reportedly had on Clinton. As Papadopoulos later revealed, he was entrapped by several people with ties to US and British intelligence, and there was even an “honeypot”attempt featuring a young woman named Azra Turk.

Another line of attack by the ‘Russiagate’ conspiracy-mongers was accusing Trump of wanting to build a tower in Moscow before and during the electoral campaign, seeking to involve the president’s son Don Jr. The key player in this scheme was Felix Sater, presented as a shadowy “Russian” go-between.

It turns out, unsurprisingly, that Sater was a CIA and FBI asset all along. After being found guilty of stock fraud in 1998, Sater helped the FBI build cases against the New York Mafia, helped dismantle global money laundering operations, and even fed information to the CIA regarding the whereabouts of Osama Bin Laden – according to court documents revealed on Friday.

Between asking CEOs to seduce starry-eyed foreign students, using every trick in the book to frame and entrap gullible campaign advisers, abusing surveillance courts to spy on a campaign by an opposition candidate, and presenting their own assets as “Russians,” it sure seems like the three-letter US agencies engaged in some shady behavior in trying to “meddle” in the 2016 election, if you will.

Graham Dockery is a journalist based in Ireland working for RT