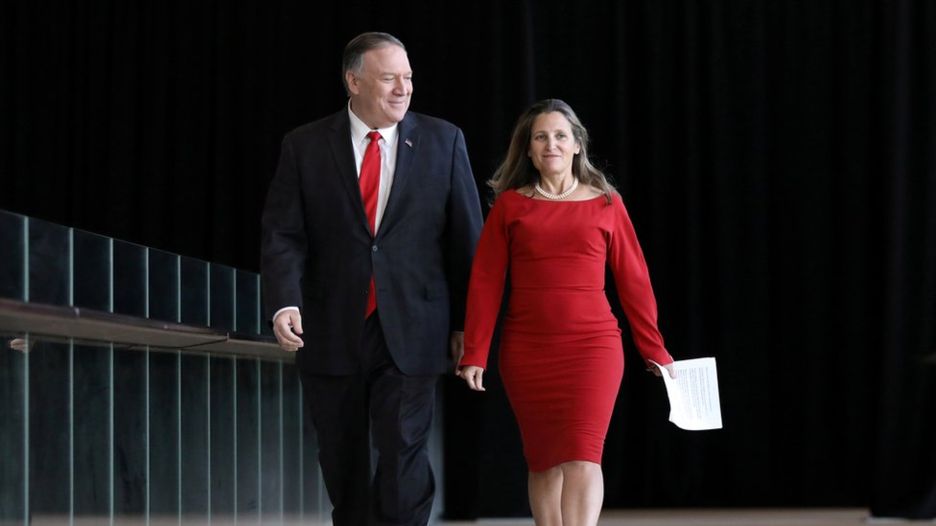 US Secretary of State Mike Pompeo has denied that a Huawei executive is being detained in Canada as a bargaining chip in the US-China trade war.

Meng Wanzhou, 47, was arrested in Canada in December at the request of the US.

The US wants her extradited to be tried on charges of fraud linked to alleged violation of sanctions on Iran.

Her lawyers have argued the arrest was politically motivated, quoting US President Donald Trump’s own remarks.

The case has soured relations between China, Canada and the US. 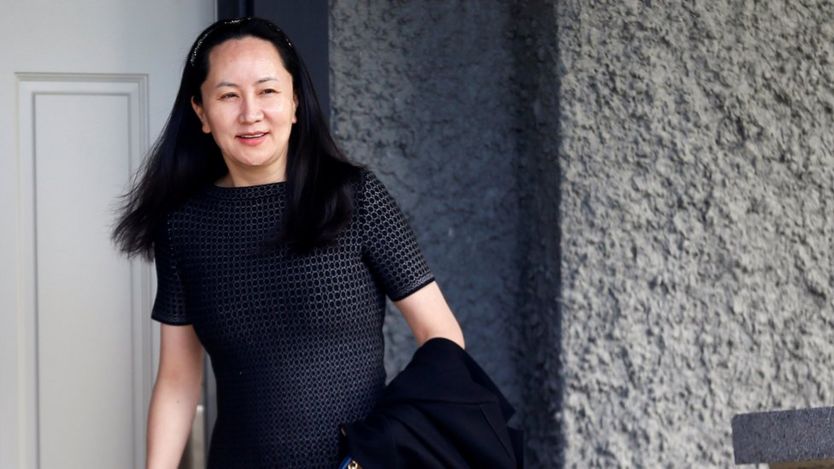 Mr Pompeo was asked on Thursday at a news conference in Ottawa whether he saw Ms Meng’s detention as something that could be used by the US to its advantage in trade talks.

“No,” said America’s top diplomat, who was in the Canadian capital to meet Prime Minister Justin Trudeau and Foreign Minister Chrystia Freeland.

President Trump has previously suggested he might intervene in the executive’s case if it would help secure a trade deal with China.

“Whatever’s good for this country, I would do,” he said last December.

The US has imposed 25% duties on $250bn of Chinese goods, while Beijing has hit back with tariffs on US products including chemicals, coal and medical equipment.

China’s embassy in Canada said on Thursday that bilateral ties between the two countries were suffering and called for the release of the Huawei executive.

“China-Canada relations now suffer gross difficulties and the Canadian side knows very well the root cause,” the embassy said in an email to Reuters.

Ms Meng is currently living under house arrest in Vancouver, Canada, and is waging a legal battle against extradition to the US.

Canada has confirmed reports that it has halted travel to China for its local consulate employees in Hong Kong, though not its diplomats.

Global Affairs said in a statement to the BBC that local staff “will not undertake official business travel outside of Hong Kong”.

A local UK consulate worker was detained in China during a business trip this month.

On Thursday, the US secretary of state also offered assurances of the Trump administration’s support for two Canadians detained in China.

Canada has been seeking the backing of its global allies over the cases of Michael Kovrig and Michael Spavor, who are facing espionage charges.

The two men were taken into custody in China shortly after Canada arrested Ms Meng on behalf of the US. The duo have been accused of harming national security.

Their arrests have widely been viewed as tit for tat to pressure Canada to release Ms Meng.

Mr Pompeo said the US would continue to raise the matter of the two Canadians’ “unlawful detention” with China “until such time as they’re home and returned to their families”.

He also rejected any comparison of Ms Meng’s case to Mr Spavor and Mr Kovrig’s.

China, he told a journalist, wants “to talk about these two as if they’re equivalent, as if they’re morally similar, which they fundamentally are not”.