Trump Administration ‘Offer’ to Maduro Height of Hubris and Corruption 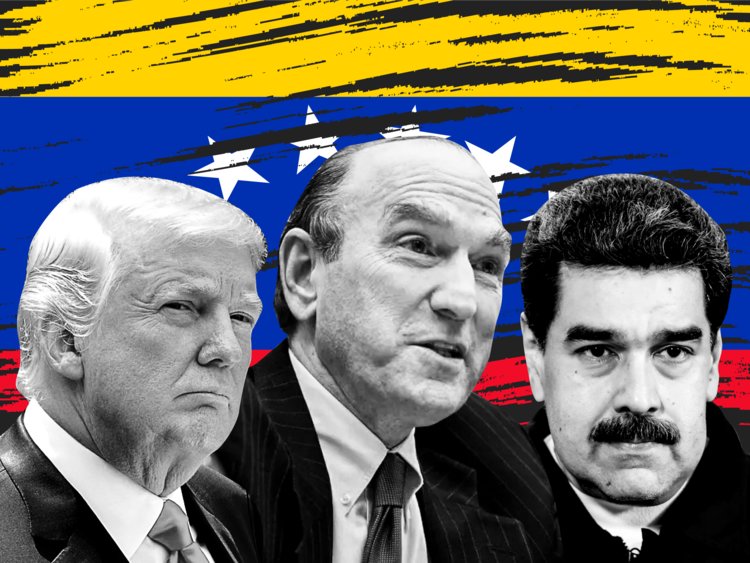 Trump Administration ‘Offer’ to Maduro Height of Hubris and Corruption

US Offers Venezuela’s Maduro Amnesty If He Steps Down

President Trump’s Venezuela Envoy, Elliott Abrams, has an offer for Venezuelan President Nicolás Maduro; leave power voluntarily and the United States will grant amnesty. While Abrams says he sees no indication that Maduro will step down, his offer was designed to send a message according to the New York Times.

“We’re not after him. We want him to have a dignified exit and go,” said Abrams. “This is not a persecution.”

(Whoever sent two failed C-4 laden drone-bombs at Maduro last year was after him, we would note.)

Last year, the US Treasury Department claimed that Maduro was profiting from illegal drug trafficking – however charges were not recommended at the time.

As the Times notes, “The softer, if pragmatic, appeal sharply contrasted with the eight months of sanctions, international isolation and threats by the Trump administration of military intervention against Mr. Maduro and his loyalists, who are accused of hoarding power and manipulating elections last year.”

Talks mediated by Norway first took place in May in Oslo with several subsequent rounds in Barbados.

But Maduro called off the discussions three weeks ago in response to new US sanctions against his government.

The two sides are deadlocked with Guaido, who sparked the crisis by declaring himself acting president in January, demanding Maduro’s resignation and the government insisting the United States lift sanctions that it blames for the country’s crippled economy.

“At the moment there’s no date to restart the mechanism mediated by the kingdom of Norway until we achieve something concrete to approach a solution,” said Guaido. –France 24

Last week, President Trump said that talks between the White House and Maduro’s government are ongoing “at a very high level.” Hours later, Maduro confirmed that he had authorized his officials to engage in secret negotiations with the United States.

Abrams – going against both Trump and Maduro’s statements on Tuesday, said that’s untrue.

“The notion that we are negotiating is just flat-out wrong,” said Abrams, adding “And the notion that there is a pattern of communication is wrong. There are intermittent messages and I think people would find the very occasional message sent from Washington to be completely predictable: ‘You need to return to democracy. Maduro needs to leave power.’

The comments are likely to soothe Venezuela’s opposition leaders, who have privately said Mr. Trump’s statement risked sidelining their own negotiations. A delegation headed by the opposition’s chief political negotiator, Stalin González, traveled to Washington last week to press American officials on the Trump administration’s policy in Venezuela.

Mr. Abrams said he did not currently see any value in talking directly to Mr. Maduro’s government.

He said messages to Washington from intermediaries in Venezuela have been “pretty rare” since last winter, and the information they carried was dubious. Some may have been sent with Mr. Maduro’s knowledge while others were probably not. –New York Times

Is the Trump admininstration going around the very ‘establishment’ Abrams’ back?

As the Times suggests – “any direct contact between Washington and Mr. Maduro would risk sidelining parallel negotiations — that are mediated by Norway and held in the Caribbean island of Barbados — between the Venezuelan government and opposition officials led by Juan Guaidó, whom the United States views as Venezuela’s rightful president.”

Read the rest of the report here.