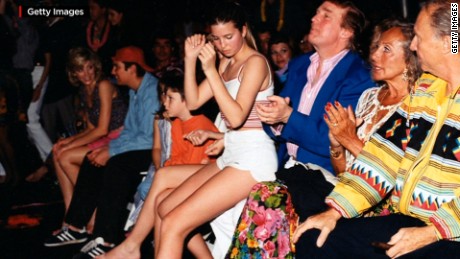 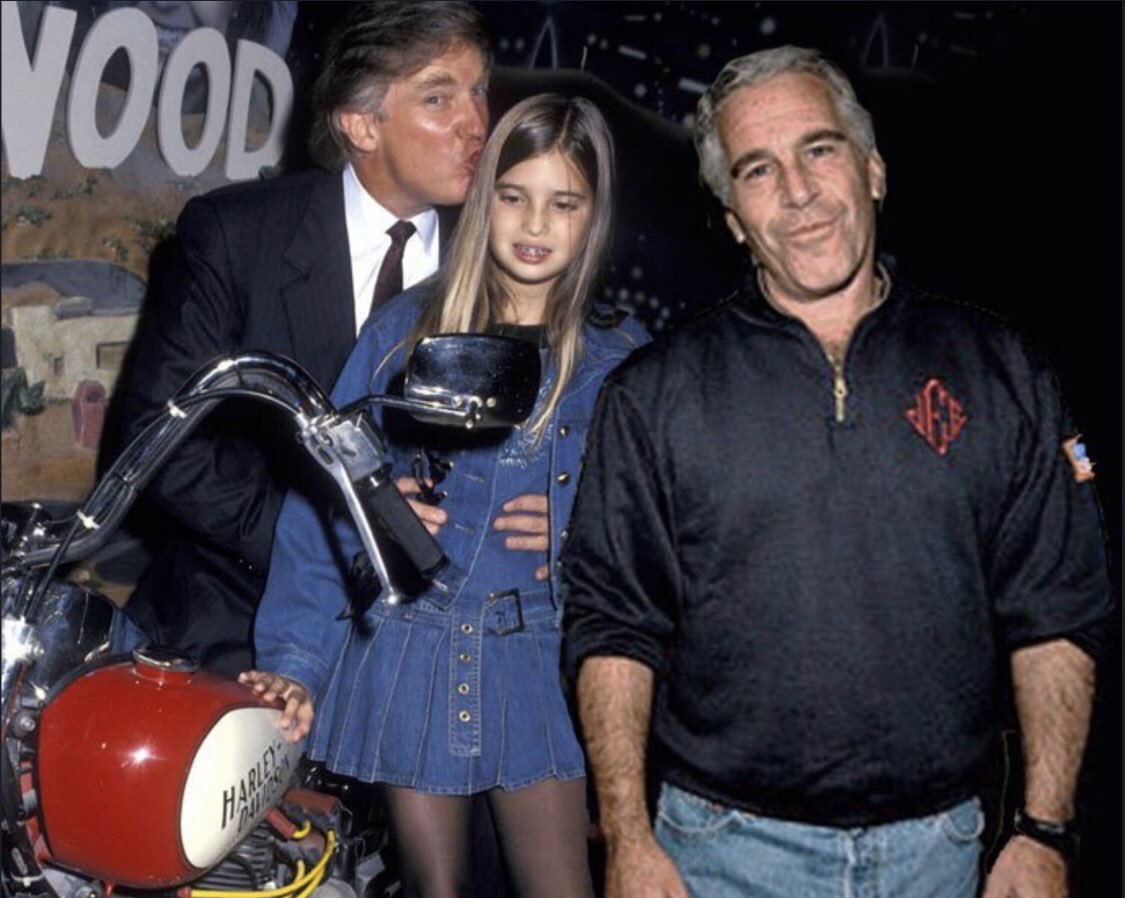 Cognitive dissonance is whenwhat you are told does
not correspond to what you see.We do not know
why Epstein was arrested, and then murdered or allowed to escape
but one thing is sure, it contributes to a sense of
cognitive dissonance in the public and a growing
distrust of government and reality itself. Could this be deliberate?
by Henry Makow PhD
Cognitive dissonance is a big part of US politics. I am going to
illustrate this by listing a few examples related to the Epstein case, and
a few general examples.
1. People have known about Epstein’s pedophile sex trafficking for decades but there were no charges. A sweetheart deal was made in 2008.
Why did the authorities finally decide to get serious in 2019?
2. Why hasn’t Ghislaine Maxwell been charged? She is as guilty as Epstein. She is in the US.
3. Epstein’s lawyers “requested he be removed from suicide watch” and the warden agreed? This after he supposedly tried to commit suicide?
Surely this was a preliminary step to murder or suicide.
4. Epstein was the most high profile prisoner in the history of the US. If the warden did nothing else, he would ensure his security. Having bungled this, the warden was merely “transferred”? Obviously, he was complicit in whatever transpired. Similarly, we are supposed to believe guards “fell asleep” on the job?   We’re supposed to believe they couldn’t put CCTV cameras in the cell or they were not functioning?
5. Attorney General William Barr’s father had a longstanding relationship with Epstein. Are we to believe Barr doesn’t?
GENERAL EXAMPLES
Fostering cognitive dissonance is central to US political discourse. 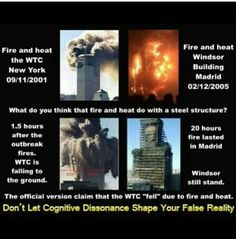 1. 9-11. We’re supposed to believe a jetliner crashed into the Pentagon and another crashed in Pennsylvania even though there was no wreckage or bodies. We’re supposed to believe jet fuel downed the twin towers when there is ample evidence that a direct energy device was used. WTC-7, a 38-floor building disintegrated into its footprint although it had not been hit by a plane.

Why was it wired for demolition? And the twin towers weren’t?
2. Trump and Congress pander to Israel but no one questions this and asks why. Congresscritters go on all-expense-paid junkets to Israel and no one questions the propriety of this.
3. The assassinations of JFK, RFK, MLK, Seth Rich, Andrew Breitbart, Vince Foster and a long list of Clinton associates get a pass.
4. Pizzagate.
5. Countless mass shootings under suspicious circumstances.
6. “Pride” and “Transgenderism.” The idea that naked men parading in public are worth honoring and children should be allowed to choose their gender.
7. “Russian Collusion” occupies media and government for years without any evidence that results were actually affected.
While the goal of cognitive dissonance may be to turn off the masses, it is having the opposite effect.  People are realizing that everything that conspiracy theorists have been saying for decades is true. The world is run by the Illuminati, a satanic cult that engages in pedophilia and human ritual sacrifice.
Nothing better demonstrates the bankruptcy of government and the media than the farce that can be summarized by the words, Jeffrey Epstein. No longer will society believe what it is told.
—-
RELATED – 9-11 and Cognitive Dissonance
First Comment from Andrew
I agree Jeffrey Epstein’s case is a perfect example of how US intelligence agencies including the DARPA, NSA, CIA and State Department, in collaboration with private “democracy” NGOs are now being used against the American public. Trump’s become a walking, talking, Twitering PSYOPS in his own right. I hope you’re right that, “No longer will society believe what it is told.” But I fear the Global Elite are in process of staging a REGIME CHANGE PSYOPS right here in America just as they’ve been doing for the last 30 years all over the world.
In that connection F William Engdahl published his 2018 best seller, MANIFEST DESTINY: Democracy As Cognitive Dissonance on this very subject replete with examples.
George Orwell’s famous novel, 1984, is a masterful fictional account of a state which imposes cognitive dissonance on its citizens to control their perception of reality. It is summed up in the statement, “War is Peace; Freedom is slavery; Ignorance is strength.” The story of this book, Manifest Destiny, is an account of how agencies of US intelligence including the CIA and State Department, in collaboration with private “democracy” NGOs, developed and refined techniques of Orwellian doublethink or cognitive dissonance to create a series of regime changes around the world that sounded noble, democratic, but in reality were not.
William Engdahl describes the background beginning in the 1980’s with Reagan’s CIA Director leading to the creation of a series of private NGO’s to covertly manipulate aspirations for freedom and democracy from Poland and other communist countries in the late 1980’s, to the Soviet Union to Yugoslavia and China. The book details the refinement of what came to be called Color Revolutions by the early years of this century in Ukraine, Georgia and later with the US-orchestrated Arab Spring. It’s an account of how elite circles in the USA and Europe along with their think tanks refined methods to impose a new tyranny on countries from Ukraine to Egypt to Libya and beyond. The aim was to use democratic aspirations of ordinary people, often youth, to topple regimes resisting what David Rockefeller once called a One World Government, a global corporate tyranny. This is an almost incredible chronicle of how select NGOS speak about freedom, human rights, democracy in order to bring war, violence and terror. The book is a must-read for anyone wanting to truly understand world events of the past three decades or more.
___
https://www.henrymakow.com/2019/08/epstein-an-cognitive-dissonance.html