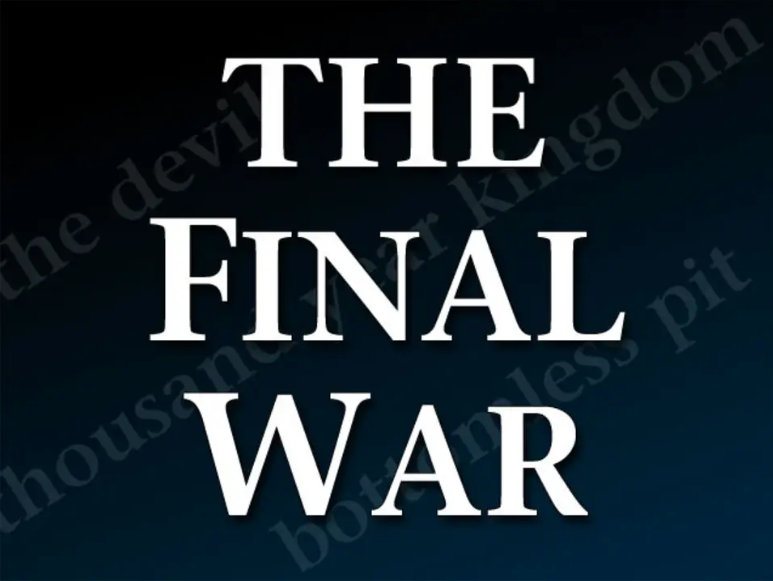 What we are witnessing is THE FINAL WAR between…

*This important post marks the beginning of an extended essay on the intense polarities which now plague the entire planetary civilization. These polarities are defined by extreme differences throughout the political, economic, religious and social realms. They predominate throughout every sphere of life in both the East and the West. Each of the aforementioned “isms” and “ideologies” has been cynically used to divide the citizenry of every nation on Earth. In this way, the “divide and rule” MO of the power elite (Black Nobility, Illuminati, International Banking Cartel, Committee of 300, etc.) has been successfully utilized to conquer the world and effectively control the global population. This divide and conquer strategy forms the very backbone of the New World Order agenda which seeks to foist a totalitarian One World Government upon the world community of nations. The capstone of the Global Control Matrix, which will function as the primary control mechanism of both people and countries alike, is the zealously promoted 5G-powered Internet of Things.  The very reason for so much manufactured distraction and diversion via “false flag” conflict across the planet is “Ordo ab chao”; for only out of the chaos can the tyrannical New World Order be effectively established.

“Just who is the control freak who resides at the very
peak of the pinnacle of the pyramid of worldly power?”

And, what’s the real purpose behind setting up the global geopolitical chessboard where both sides must win and neither side can lose?

In point of fact, no major international scandal has involved both sides of this multi-millennial conflict like EPSTEINgate has.  Because it serves as the Pedogate lynchpin, EPSTEINgate will serve as a catalyst for the upcoming controlled demolition of the Zio-Anglo-American Axis.  Once that happens, the “Final War” between the forces of light and forces of darkness will begin in earnest.

The answers to these questions are coming soon, so stay tuned!