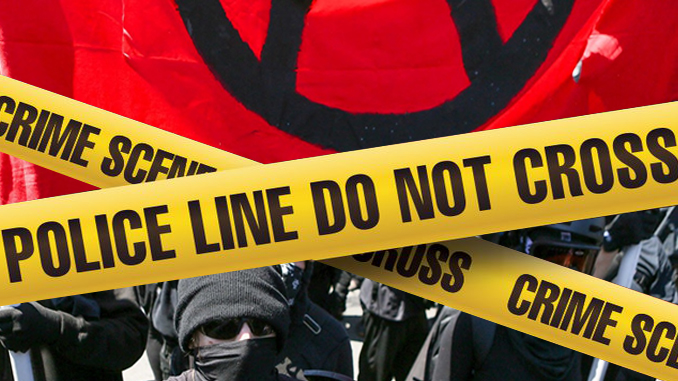 “Show me the man, and I’ll show you the crime” –Lavrentiy Beria, Soviet Chief of Secret Police under Stalin. The Bolsheviks were the “majority” faction of the Russian Social Democratic Party, which was renamed the Communist Party after Vladimir Lenin seized power during the October Revolution of 1917.

Their ruthless totalitarian style of government was perfected under Joseph Stalin from 1924 to 1953. Lavrentiy Beria was Stalin’s Chief of Secret Police from 1941 to 1953. Stalin died on March 5, 1953, and a power struggle for Soviet leadership quickly ensued. Nikita Khrushchev, a critic of Stalin’s purges, staged a coup d’etat in September and emerged as the unchallenged leader of the Communist Party and Council of Ministers. Beria was tried and executed for treason on December 23, 1953. Beria had often bragged that he could find (or fabricate) a crime to prosecute any person that Stalin wanted out of the way.

Stalin once introduced him to U.S. President Franklin D. Roosevelt as “our Himmler.” Heinrich Himmler was chief of the SS under Adolf Hitler in Germany. Beria was responsible for the death or imprisonment of millions of dissidents in the USSR under Stalin.

Hence the term “Bolshevik” has become synonymous in the West with a ruthless totalitarian police state, where civil liberties are either non-existent or a lie.

The question for the American people is whether a large part of our Deep State Federal bureaucracy—including the Justice Department, our Intelligence agencies, and the Special Counsel for investigating Russian interference in the 2016 Elections has now become a rogue Bolshevik Police State intent on overthrowing an elected President. In the process, civil liberties are being crushed, and prosecutorial bullying and malfeasance are flourishing.

The pre-dawn arrest of Roger Stone, an associate and sometimes adviser to President Donald Trump, at his Florida home on January 25, smacked of Bolshevik style prosecutorial malfeasance and abuse of civil liberties.

More than a dozen FBI vehicles with more than two dozen FBI agents with weapons drawn were involved in the arrest. This arrest could have easily been arranged quietly by a phone call to Stone’s attorney. Why the flashing lights and guns? This was both a political stunt and an intimidation tactic. CNN had somehow been on the scene to make sure the American people knew Roger Stone had probably done something really bad. It also helped give false credibility to the constant but unfounded Democrat-media accusations of a major Russian attempt to defeat the Presidential candidacy of Hillary Clinton.

It was another in a series of rogue Federal prosecutorial actions now being used to intimidate both accused persons and witnesses into bearing false witness against themselves and others to avoid financial ruin or heavy-handed injustice.

The latter tactic was typical of Bolshevik Russia, but was also used during the Salem Witch trials in 1692 and in several extreme miscarriages of justice following the Civil War—especially the 1865 trials of Henry Wirz and Mary Surratt—where false witnesses and witness intimidation resulted in the hanging of innocent people.

Here is a bit of common sense as to whether the Russians desired to see Clinton defeated. Vladimir Putin is a Russian nationalist. Donald Trump is an American nationalist. They have nationalistic thinking in common, but they are in vigorous competition in regard to foreign policy and especially military strength and preparedness.

President Obama came near to wrecking American military capabilities by reducing force size, equipment assets, and budget levels to historical lows. This was good for the Russians and Chinese. He also had an adverse affect on military morale by implementing ill-advised social justice policies.

It is extremely doubtful that Clinton would have departed far from Obama’s policies weakening our military capabilities and defenses.

Donald Trump, however, campaigned on rebuilding our military preparedness. Common sense surely demands that Russia’s military and foreign policy interests would have been better served if the U.S. had continued to maintain the lower military capability levels instituted by Barack Obama by electing Hillary Clinton President.

Trump’s election and fulfillment of his promise to restore and build up U.S. military capabilities would be contrary to the competitive military interests of Russia and China.

Any plot by the Russians to defeat Hillary Clinton makes no sense at all, and there is scant legitimate evidence of it.

The whole Russia-Trump collusion investigation is extraordinary dishonest politics with the treasonous ultimate motive of bringing down an American President by means of political and media fraud.

I have never been a fan of Roger Stone, although I can only laugh at the extreme bias shown by CNN in calling him the Republican “king of darkness.” I suspect somebody tipped off CNN to his arrest, which may itself be a prosecutorial malfeasance.

Stone was charged with obstruction of an official proceeding, witness tampering, and making false statements. But according to Fox News legal analysts, his alleged crimes are procedural in nature. Making false statements to the FBI and Congress is the same charge they are throwing against Jerome Corsi, Michael Flynn and several others.

But such accusations are unjust, when they expect accused persons or witnesses to be absolutely consistent on small details in relative distant memories.

For example, my wife and I had a discussion about an important event in our lives that occurred about five years ago. Her memory was not the same as mine on numerous points, which we both considered important. Yet the FBI and the Special Counsel’s office seem to be classifying nitpicking memory discrepancies as lies and proof of criminal intent. This smells much more like Bolshevik justice than American justice.

Robert Mueller was FBI Director from 2001 to 2013, which included both G.W. Bush and Obama years. However, he has loaded his Special Counsel staff with heavy Democrat donors, at least one of which has a record of prosecutorial abuse.

I first began to suspect that the FBI was on the wrong path during the Bush years, when the FBI used the Southern Poverty and Law Center (SPLC) as a serious source to identify right-wing (only) threats to U.S. security. The SPLC, however, is one of the richest and most powerful and least ethical leftist political organizations in the U.S. The SPLC has now taken to persecuting Christian organizations and naming them as “hate groups” for opposing abortion and same-sex marriage. The SPLC labels virtually everyone who does not fall in line with its left-wing ideology an “extremist” or “hate group.” This includes the Family Research Council and the Alliance for Defending Freedom.

As FBI Director under President Obama, Mueller implemented plans to limit language in intelligence reports that associated Islam and terrorism. This “protection” of Muslim civil rights, however, has hamstrung the Federal government’s ability to identify the overwhelming majority of serious terrorist threats and to speak the truth about them. Mueller has essentially implemented a mandatory lie that Islam is a religion of peace and tolerance, despite overwhelming evidence in the Koran, the teachings of Muhammad, and 1400 years of Muslim history to the contrary.

Even worse, according to former Homeland Security Officer, Phillip Haney, in his book, See Something, Say Nothing: a Homeland Security Officer Exposes the Government’s Submission to Jihad, published in 2017, the Obama Administration set up screening committees in various intelligence and national security agencies to monitor U.S. intelligence reports and screen out any portion that did not reflect favorably on Islam.

Many of these screeners were actually members or closely associated with the Muslim Brotherhood, an organization, which the FBI had in 2004 found to have documented subversive intentions to overthrow U.S. Constitutional government.

It made things worse that Obama CIA Director John Brennan and Obama Director of National Intelligence James Clapper, like Obama, were sympathetic apologists for the Muslim Brotherhood. It is a national security scandal that nothing has been done to ban the Muslim Brotherhood in the U.S. It has been outlawed in the United Arab Emirates and Egypt. Unless these Muslim Brotherhood or like-minded apologist screeners have been removed from all U.S intelligence agencies, the Department of Justice, and Homeland Security, the President, his Cabinet, Congress, and the American people cannot trust our own intelligence reports. Mueller had a hand in implementing this dangerous and intelligence debilitating situation.

Our country is in grave danger of becoming a Cultural Marxist dominated Bolshevik Police State. The Deep State civil liberties philosophy was well stated by Marxist professor Herbert Marcuse in the 1960s: civil liberties for the left but not for conservatives. The most appalling aspect of this dual ethical and law system is that it is enthusiastically supported by most of the media and academia. It has captured the imagination of almost every Democrat politician and a significant minority of establishment Republicans. Uncontrolled immigration is the planned instrument of its complete victory, which will bring forth the same tyranny seen in the days of Joseph Stalin and Lavrentiy Beria.

“Any man who has once proclaimed violence as his method is inevitably forced to take the lie as his principle.”—Aleksandr Solzhenitsyn