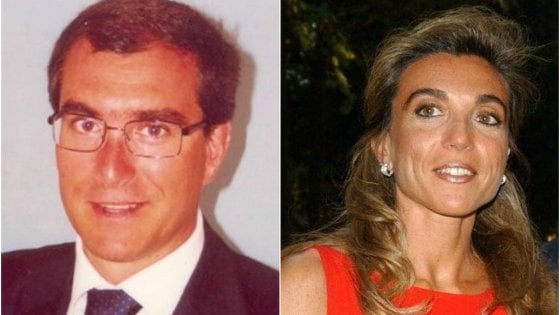 TMR Editor’s Note: Obama’s transatlantic scandal known as “The OCCHIONERO CONSPIRACY” has the potential to take down Deep State.   Yes, it’s that BIG! So big it’s also referred to as Ogate.

But why?  Because Ogate has all the captivating elements of a very broad and deep multi-nation conspiracy to execute a coup d’état against the POTUS that include gripping intrigue and startling subterfuge, naked sedition and outright treason.

We could say much more but don’t want to spoil it for our audience.  Just grab your popcorn … sit back and relax … and watch the show EXPLODE ACROSS THE INTERNET!

by Joe Hoft
The Gateway Pundit Internet sleuths do it again!  Much has happened since our post last Saturday – EXCLUSIVE: Rumors Swirling that Fired Italian Spies Were Connected in Plot to Eliminate Trump

As reported at Internet site Neonrevolt –

A lot has happened since that article was published.

First, The Gateway Pundit picked up and amplified the story.

Then, I was told the story found its way to the desks of the Italian Prime Minister, as well as the Italian President (which sounds like panic, if you ask me).

And perhaps most tellingly, former Italian PM Matteo Renzi just announced today that he may be stepping down as the head of Partito Democratico– the radical Left party that previously held power at the same time as Obama (and, who you’ll recall, was implicated as someone who was colluding with Obama during this whole framing operation):

Saturday we reported that rumors were swirling that the recent firings of top Italian spies were related to Obama and a plot to set up candidate and President Trump in a Hillary email scandal. Earlier this month Italian Prime Minister Conte asked for the resignations of four top intelligence officials after his call with President Donald Trump.

And now another Internet Sleuth has uncovered some shocking news related to the recent removal of these top Italian intelligence ministers from their positions as top spies in the government.

The Tuesday arrest of Giulio Occhionero and his sister, Francesca Maria, has brought to light what appears to be the biggest, and highest-profile, hacking of institutional and corporate accounts ever reported in Italy.

The siblings have been planting the Pyramid Eye remote access Trojan on computers using a spear-phishing technique over several years, according to the arrest order.

But Giulio Occhionero claimed that he and his sister, Francesca Maria, were set up. A piece reported by Frederico Punzi, writing in The Atlantico, notes their denials and more:

Occhionero complained to the Prosecutor of the Republic of Perugia and wrote to the U.S. Congress and the FBI. In fact, there are a number of contradictions and suspicious circumstances in the case.

Occhionero provided the letter that he claims he sent US Congress and the FBI:

Occhionero claims and it’s reported that:

Members of Italian intelligence were approached by Hillary Clinton, the Obama Administration, and the Deep State in order to frame Trump by PLANTING EVIDENCE on American servers to force Trump to step down from office.

In other words, members of Italian intelligence found a target in Occhionero, a Republican-sympathizer who had two servers for his company, Westland Securities, located in America. One was in Washington State, and the other in West Virginia.

The plan was for Italian Intelligence to hack into these servers, plant classified emails from Hillary’s servers inside these servers on American soil, and then alert the FBI.

The FBI would then raid these locations, “discover” these e-mails, investigate, link these servers to Trump…

And then force Trump to resign.

Occhionero believes that Obama and the former leader of Italy, Matteo Renzi, worked together on this plan and he provides reports of their meetings in Italy before the 2016 election and in early 2017.

Why Italian Prime Minister Matteo Renzi is Dining With Obama

Italian Prime Minister Matteo Renzi is joining Barack Obama for the last formal dinner of his presidency. Why?

Former President Barack Obama touched down in Milan, Italy, on Monday, kicking off a two-day trip in which he will meet with former Italian Prime Minister Matteo Renzi and also discuss climate change at a conference.

Occhionero’s twitter account has numerous tweets related to this subject, including the fact that Robert Mueller from the Mueller report awarded one of the top spies in Italy the FBI Medal of Honor.

The Italian spy network had a close relationship with Joseph Mifsud, the individual who set up Trump Campaign volunteer George Papadopoulos in Rome and London.

Mifsud is well known as related to the Italian spy agencies and yet Mueller labeled Mifsud a ‘Russian’ in the Mueller report.

It’s also suspected that former FBI Agent Bill Priestap may have identified connections with Italy which are redacted in his testimony to Congress: Another Internet sleuth added to the Neonrevolt post we reported on Saturday and it’s devastating to the Deep State.

An individual by the name of Full Spectrum Domino has added his own research into the mix:

Charted below is the critical Nine Day period with interwoven sub-plots.  A higher-resolution version of the chart below appears here in downloadable PDF. What is postulated is that during the nine days in May 2017 noted above, the FBI led by Strzok and Page are working with two Italian agents to place classified Hillary emails on the servers of Occhionero’s companies in Seattle and West Virginia.  At the same time Obama is with Italian Prime Minister Renzi in Milan.

While this is all going on, Comey is fired and McCabe takes over.  Together with Rosenstein they connive to set up the Special Counsel with Mueller at the helm on the 9th day.

Strzok texts to Page, “We need to open the case we’ve been working on now while Andy [McCabe] is acting.” And then he texts, “We need to lock in [redacted which is assumed to be POTUS – President Trump] in a formal chargeable way soon.” This they did on day nine.

What the Deep State was counting on however was that the Italians would be able to place the Hillary data on Occhionero’s companies’ servers.  However, this failed and it failed due to the Deep State’s own incompetence.  Occhionero believes –

The Clinton email deposit fails. One Occhionero theory is that the prior investigation had ring-fenced his servers from further interference due to the earlier spear-phishing investigation into he and his sister. So in effect, the conspirators may have Inspector Clouseau-ed themselves.

The emails are never placed on Occionero’s servers, the FBI never finds the emails, and the incident is never reported as a crime committed by a Republican Trump supporter.  All due to the instigators blocking themselves from committing their crime.

It looks like the Italians have a lot of information that may be of interest to AG Barr and his investigation into the Deep State. Numerous individuals in Italy are suspected of having knowledge of an attempt by former President Obama to utilize the Italian Intel network to set up President Trump leading to his removal from office.

It is highly probable that former President Obama and his Deep State FBI worked with foreign countries like Italy to assist in the removal of President Trump from office. Unfortunately for Obama, even with international assistance, the coup failed.