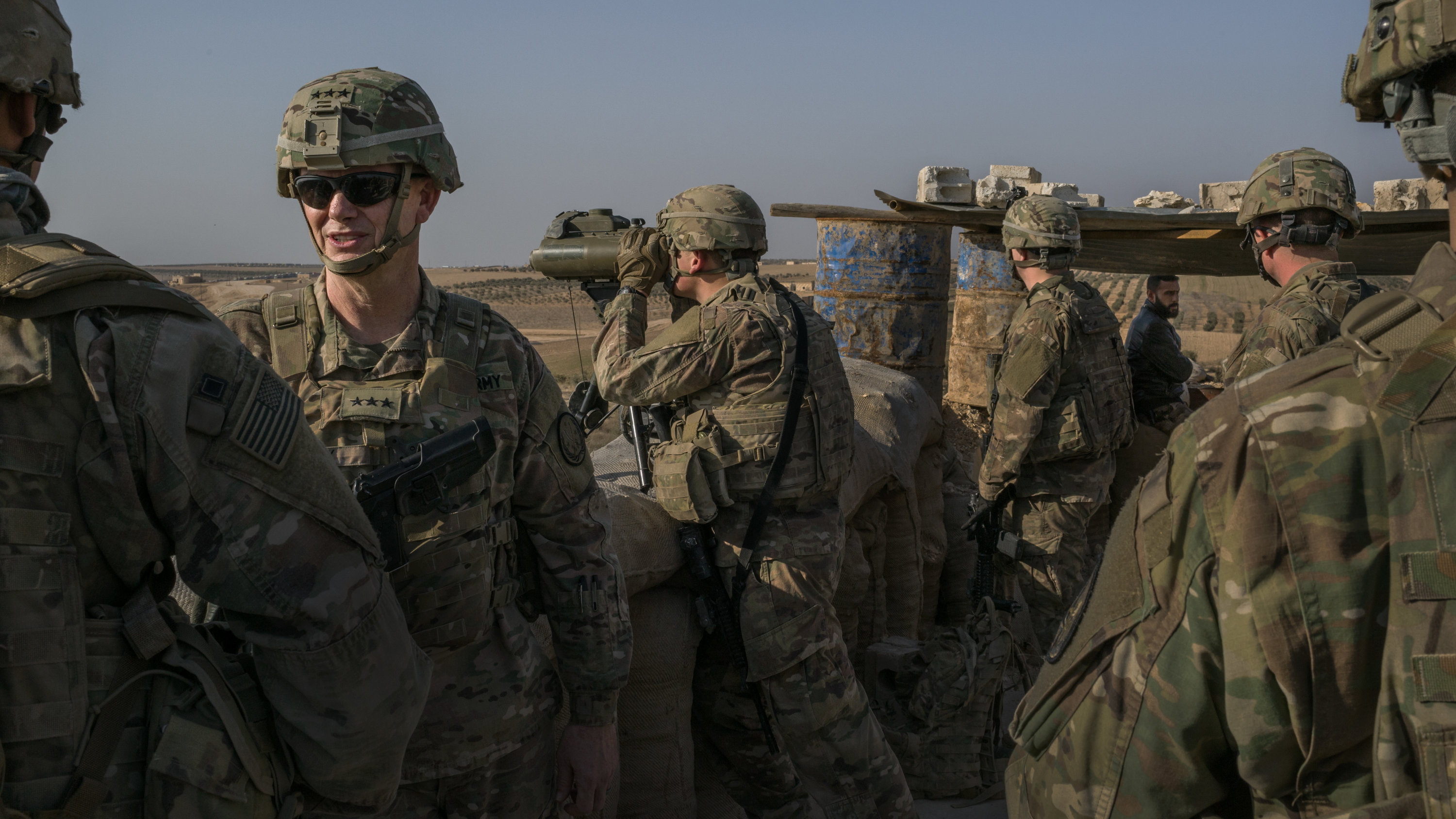 Why are these US troops in Syria in the first place?

In a huge development out of eastern Syria, where US-backed Syrian Democratic Forces (SDF) share tense front lines with pro-Assad forces on the other side, the American coalition has reportedly attacked at least two Syrian government boats that were transporting oil across the Euphrates River to the government side.

The news broke via the Beirut-based Middle East News site Al-Masdar which is well-known for often being the first to report Syria news, given its rare sources in the Syrian military. According to the Al-Masdar report:

According to reports from the Deir Ezzor Governorate, the U.S. Coalition and the SDF both targeted the Syrian government boats with heavy machine gun fire in front of the town of Al-Shuhayl.

Pro-SDF accounts later released photos showing smoke rising from one of the ferries that were targeted by their machine gun fire.

Kurdish media and SDF accounts, along with a number of Middle East analysts also confirmed the incident, which is reportedly the second such attack on government oil supplies in under a month.

Washington has imposed a complete oil and fuel embargo on Syria, which Damascus’ close ally Iran has recently sought to circumvent.

US-led coalition blows up 3 oil tankers in eastern Syria & kills 4 as tankers carrying oil from PKK-besieged Deir ez-Zor to Syrian regime come under attack. US gets serious about stopping commerce among Syrians. https://t.co/3XWVAv6i8I

Turkish media also confirmed the attack, which according to early reports left four dead. According to the Turkish daily Yeni Safak:

In the early hours of Friday, the coalition forces raided on the area where an oil trade had been carried out between the PKK/YPG and the Syrian regime in the eastern outskirts of Deir ez-Zor with Hummer brand vehicles, according to the local sources who spoke anonymously due to fears of safety.

The coalition planes hit three of the tankers. The attack left four people dead and smoke was seen rising from the area.

The coalition is yet to issue a statement on the attack.

Though US-backed forces maintain control of eastern Syria’s largest oil and gas fields, such as al-Omar, which the country’s largest oil field and located in the Deir Ezzor region, it has long been suspected that Syrian Kurdish groups have cut secret deals with the Assad government to purchase and transfer supplies to the fuel-starved government side of the Euphrates.

Apparently this is what the US is attempting to disrupt amid a broader campaign to economically starve the Assad government and further prevent its army from operating effectively.

Regional reports have noted that in past weeks the fuel crisis in Syria which had created miles-long lines at gas pumps across major cities found some relief due to a covert Iranian shipment of oil that arrived in the port city of Baniyas in early May.

Meanwhile, the WSJ reported previously that Iranian oil had been routinely delivered to Syria throughout most of the war, but now “U.S. sanctions have cut off Iranian oil shipments to Syria, taking an unprecedented toll on a flow of crude that had persisted in the face of long-term international restrictions and helped sustain the Assad regime through years of civil war.”

Ironically, since ISIS took temporary hold over broad swathes of eastern Syrian territory starting in 2014 and 2015, leaders in Damascus and Moscow had accused both the United States and Turkey of looking the other way while ISIS financed its expansion through the sale of stolen Syrian oil.

And once US-supported Syrian Kurdish militias wrested control of those vital oil and gas fields in Syria’s Deir Ezzor province, it never gave them back to Damascus.

The White House still fundamentally prioritizes weakening Syria as crucial in its ultimate long-term goal of regime change in Tehran. This also as Russian and Syrian warplanes are ratcheting up strikes on al-Qaeda held Idlib, which has received US condemnation.