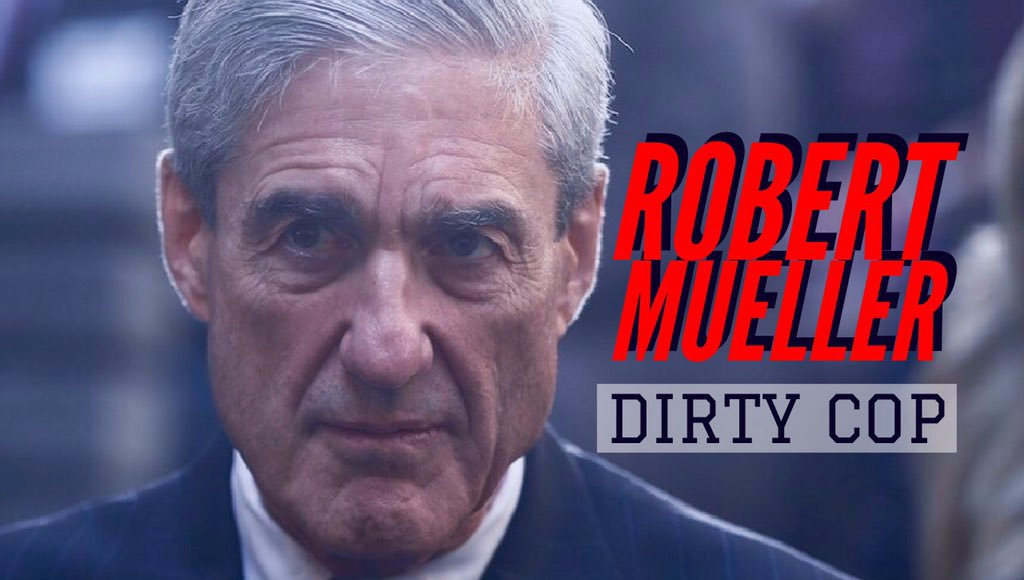 DoJ and Judiciary have become lawless. Many are demanding grand juries be abolished

Leader Technologies, Inc. sent their FIRST AMENDED MILLER ACT NOTICEto President Trump today. It is a contract demand for the U.S. Treasury to pay them for the federal government’s 18-year theft of their social networking inventions. These inventions were stolen by Leader’s patent attorney James P. Chandler, III, on behalf of Andrew W. Marshall and the Department of Defense Office of Net Assessment that steals and weaponizes inventions for continuous war making and enrichment of its fascist insider military-industrial corporations.

Patriots are encouraged to help get this First Amended Miller Act Notice to President Trump and past the Pretorian Guard. See American Intelligence Media republish of the Leader Miller Act Notice.

The Globalist Warlord’s Grand Jury:
“. . . belongs to no branch of the institutional government, serving as a kind of buffer or referee between the Government and the people” citing U.S. v. Williams (1992). 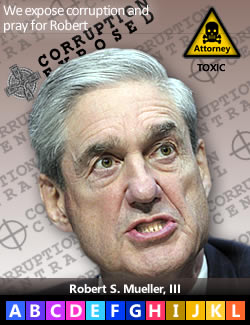 Researchers found Mueller’s claim preposterous in light of the U.S. Constitution in which We the People bestow all powers to the government. No grand jury can operate alongside or outside of We the People in our Republic. To read such a claim from a man who was director of the FBI for more than a decade implies that everything he built at the FBI is a house built on shifting sand. See Jesus’ Parable of the Wise and the Foolish Builder.

MUELLER CLAIMS (HIS) GRAND JURIES EXIST OUTSIDE THE U.S. CONSTITUTION

Our investigation into Mueller’s use of the Williamscase has uncovered decades of sin and misconduct within the Department of Justice and Judiciary.

Mueller helped write the Williams case. He uses his own 1992 case to justify withholding massive “exculpatory evidence” (favorable to President Trump) of the real Hillary Clinton conspiracies with Russia surrounding Uranium One.

On Apr. 20, 2009, at the direction of Secretary of State Hillary Clinton, FBI director Robert Mueller himself delivered a ten-gram sample of highly-enriched yellow cake uranium to Vladimir Putin on the Moscow Sheremetyevo Airport tarmac. This was proven by leaked State Department cables where Hillary as the newly-appointed Secretary of State directed the uranium transfer (“We require that the transfer of this material [by FBI Director Mueller] be conducted at the airport, on the tarmac near by the plane, upon arrival of the Director’s aircraft”). 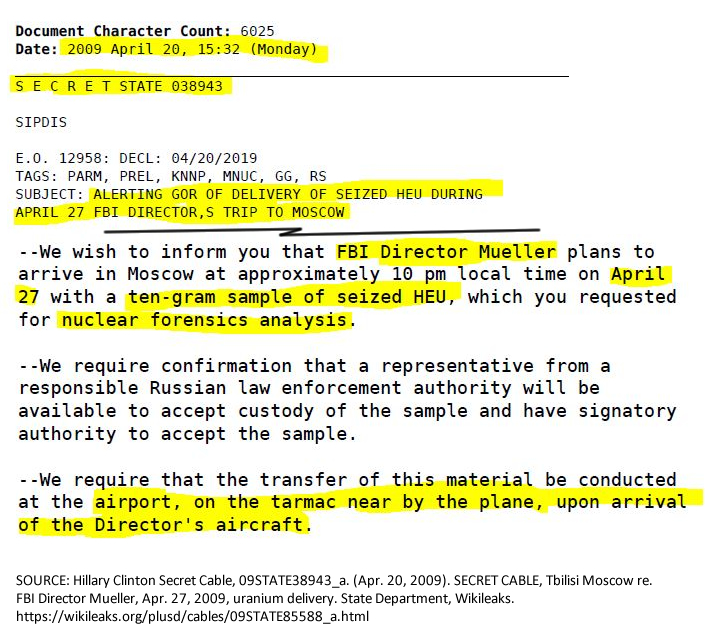 Compare this real Russian collusion to the faked pee pee dossier. The contrast is so clear.

By relying on Williams to withhold evidence, Mueller played his long held trump card and proved he should have recused himself due to the appearance of impropriety as an author of the bogus Williamsopinion on which he now relies.

Further investigation into Williams reveals a decades-long pattern of corrupt practices with the FBI, Department of Justice and the Judiciary surrounding grand juries, which have clearly been Senior Executive Service (SES) shadow government kangaroo courts.

MUELLER HAS BEEN RIGGING GRAND JURIES SINCE 1992

The Supreme Court in Williams ruled along political lines that a DoJ special prosecutor could withhold “exculpatory evidence” and persecute innocent victims. Justice Stevens dissented saying “[I]t blinks reality to say that the grand jury can adequately perform this important historic role if it is intentionally misled by the prosecutor.” PDF p. 33 (p. 68).

The original case against entrepreneur investor John H. Williams, Jr. was contrived by the DoJ from the start. The fact that it made its way to the U.S. Supreme Court is a testament to a conspiracy between the DoJ and Judiciary to get the precedent they wanted. 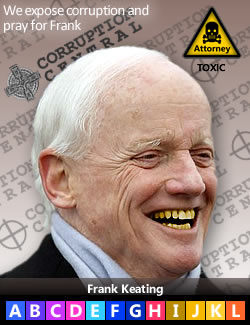 Williams was accused by then Associate U.S. Attorney Frank Keating (no relation to the S&L Keating in AZ) of bank fraud in Tulsa OK for allegedly overvaluing two venture capital stock assets shown on his financial statement for a loan application. Keating’s brother Daniel Keating was the bank president at Village South National Bank. Daniel had approached his brother Frank to take the case so he could lower his legal costs. He said “I didn’t in my mind consider this a criminal case.” Clearly, his brother and the DoJ saw an opportunity to use the case for their nefarious purpose.

Frank Keating indicted Williams and withheld substantial audit evidence that proved Williams was innocent (other audits listing the stocks) and had no intent to defraud. The district court judge James O. Ellison agreed and threw out the case, stating the “information withheld raises reasonable doubt about the Defendant’s intent to defraud” and this “renders the grand jury’s decision to indict gravely suspect.” Williams, PDF, p. 35.

In a reasonable world, this should have been the end of the Williams case. The fact that the DoJ pursued the case to the U.S. Supreme Court anyway, turns our attention to the DoJ and Judiciary motives to make precedent case law out of Williams.

Preposterously, the DoJ insisted that prosecutors should be free to withhold evidence of a target’s innocence from a grand jury.

On appeal to the Tenth Circuit, the circuit too agreed with the district court and rejected the government’s argument.

SO, WHY TAKE WILLIAMS TO THE SUPREME COURT UNLESS YOU WANT TO RIG GRAND JURIES WITH PREDETERMINED OUTCOMES?

The DoJ filed a petition for writ of certiorari with the U.S. Supreme Court. They argued that a special prosecutor was not required to disclose exculpatory evidence. The court’s decision was sharply split.

The 5:4 decision by the U.S. Supreme Court sent the case back to the district court for further proceedings, but Mueller had his sound byte (and used it in his Report).

The district court docket has been removed. Zilch. Nada. None of the district court records are available in either Pacer or LEXIS NEXIS. Other records in other cases at that time are there, but not Williams. This is all the more concerning because it would include the records of the case after it came back from the Supreme Court for further consideration on the firm evidence that the special prosecutor had withheld from the grand jury.

The first telltale sign of DoJ and Judicial misconduct at the U.S. Supreme Court are the government attorneys who argue the case: 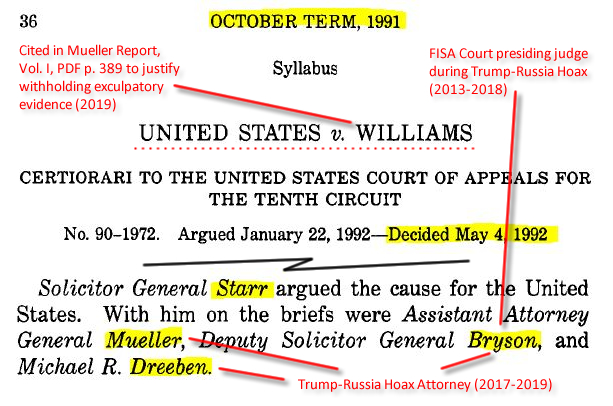 The evident result of Mueller et al’s argument is the blessing of the Supreme Court for prosecutors to withhold evidence from a grand jury in order to create fake indictments. As stated earlier, history shows that is what he did after Ruby Ridge (1992), Waco (1993), World Trade Center (1993), Oklahoma City Bombing (1995), 9/11 and now Trump Russia Hoax (2017).

Here is where the relationships among Mueller and the other U.S. Attorneys in the Williams case get highly suspect.

Frank Keating, the original grand jury prosecutor and the brother of the bank manager pressing charges against Williams, became governor of Oklahoma. Keating presided over the Oklahoma City Bombing false flag in which Timothy McVeigh, a now known C.I.A. asset and mind control drone of Dr. Jolly West, was framed.

Never mind that a Clinton body guard, Alan G. Whicher, was killed in the blast, or that the FBI investigation records for Ruby Ridge and Waco were destroyed or carted off before first responders were allowed into the rubble, or that the actual bomb materials were DoD weapons-grade and could not have been the low energy made-for-TV fertilizer truck bomb. See testimony of Ted L. Gunderson, FBI Agent in Charge. 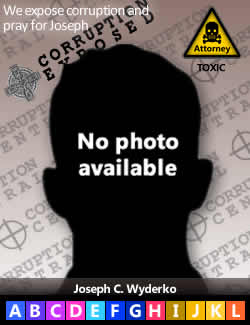 Concurrent with Wyderko’s assignment to the McVeigh grand jury and trial, the DoJ began assigning him to numerous cases with U.S. Attorney Michael R. Dreeben. For example, Dreeben and Wyderko were concurrently assigned to a Supreme Court case U.S. v. O’Hagan,Case No. 96-842 (Oct. 1996 term).

The assignment of Wyderko to another Dreeben case would effectively muzzle Wyderko from ever talking about his conversations with Dreeben about the McVeigh case. This was evident insurance, just in case Wyderko was ever tempted to spill the beans on the government’s framing of McVeigh, including withholding of exculpatory evidence. Case confidentiality rules would silence him.

Consistent with the result of U.S. v. Williams (special prosecutors can lie to grand jurys), the FSAA, subsection (b) permitted lying to courts and Congressby these same prosecutors. 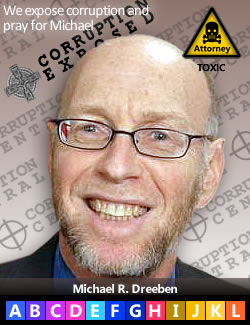 Michael R. Dreeben, Wyderko’s and Mueller’s DoJ colleague who has relied on Williams in many grand jury cases, was appointed by Mueller to the Special Counsel team in 2017. Evidently, Mueller needed insiders who were familiar with Williamsand would keep their mouths shut about withholding exculpatory evidence.

Michael R. Dreeben is currently a high ranking paymaster in the Senior Executive Service (SES) shadow government. In fact, he is a member of the infamous SES 500 that makes compensation decisions for the entire organization—managed within the now evidently rogue U.S. Department of Justice. 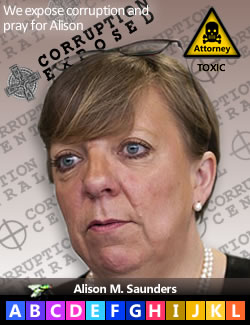 Bruce Ohr is also a member of the SES 500 despite his assistance in fabricating the Steele “pee-pee” dossier and his collusion with the Queen’s Chief Crown Prosecutor Alison Saunders just four days before the infamous Trump Tower frame up.

See AFI. (Mar. 21, 2019). British-American espionage-treason on full display at “Dinner with the Ohrs.” Americans for Innovation. 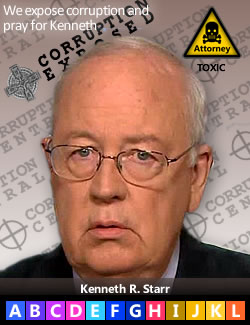 Kenneth R. Starr is notoriously known for his legal convolutions in the Clinton Impeachment to make it fail. In other words, he protected Clinton. He ignored the decade of “Arkancide” involving the suspicous deaths of many dozens of former Clinton confidents. He sidestepped the mountains of evidence of criminality withheld by the Clintons at Ruby Ridge, Waco, the World Trade Center bombing, Kosovo, Rwanda, QRS-11 uninterruptable autopilot, Dual EC-DRBG algorithm FBI backdoor key, Whitewater, etc. Instead, Starr trivialized the proceedings to machinations about Bill’s sexcapades with intern-victim Monica Lewinsky. 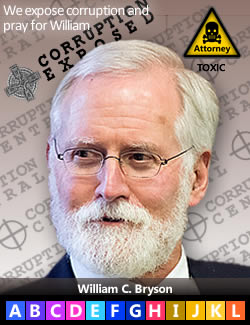 William C. Bryson is currently a Federal Circuit judge. In other words, he hears all patent appeals where victims of SERCO’s British theft of U.S. inventions are left to flap in the wind of shadow government corruption.

Bryson was nominated by Bill Clinton on Jun. 22, 1994, concurrently with his collusion with Starr, Mueller and Dreeben on the U.S. v. Williams decision to create a license to persecute victims of DoJ and Judiciary perfidy. 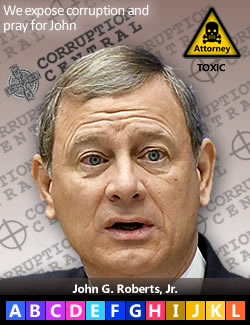 To be clear, Roberts appointed a Mueller man to be the presiding judge of the FISA Court who promoted the withholding of exculpatory evidence from a grand jury. Upon such corrupt men and women is our U.S. judiciary built. No wonder the FISA Court is a gutless wonder. It employs two-timing judges who exonerate the guilty, persecute the innocent and sell off the birthright of our inventions to the British Privy Council.

Note: In the early 1990’s, James P. Chandler, III was a reviewer of patent cases and supposed critic of the Federal Circuit.

Subsequently, Dreeben made sure that Joseph C. Wyderko kept the McVeigh secrets by ensuring that he and Wyderko was continuously assigned to DoJ prosecutions with Dreeben.

Then, Mueller appointed Dreeben, his old US v. Williams co-conspirator, to the Trump-Russia probe. With their fellow Williams partner Bryson, these criminals withheld exculpatory evidence in the Trump-Russia investigation, and are now trying to get away with it.

As insurance, Mueller cited US v. Williams in his Report.

GRAND JURIES (ALONG WITH THE DOJ, FEDERAL COURTS, USPTO) ARE CORRUPTED BEYOND REPAIR

These decades-long, incestuous DoJ, Judicial and Patent Office relationships that have created all this fetid case law are incontrovertible proofs that Robert Mueller and his ilk have corrupted at least the grand jury system beyond repair.

Suggested Action Items from this investigation:

Notices: This post may contain opinion. As with all opinion, it should not be relied upon without independent verification. Think for yourself. Photos used are for educational purposes only and were obtained from public sources. No claims whatsoever are made to any photo.