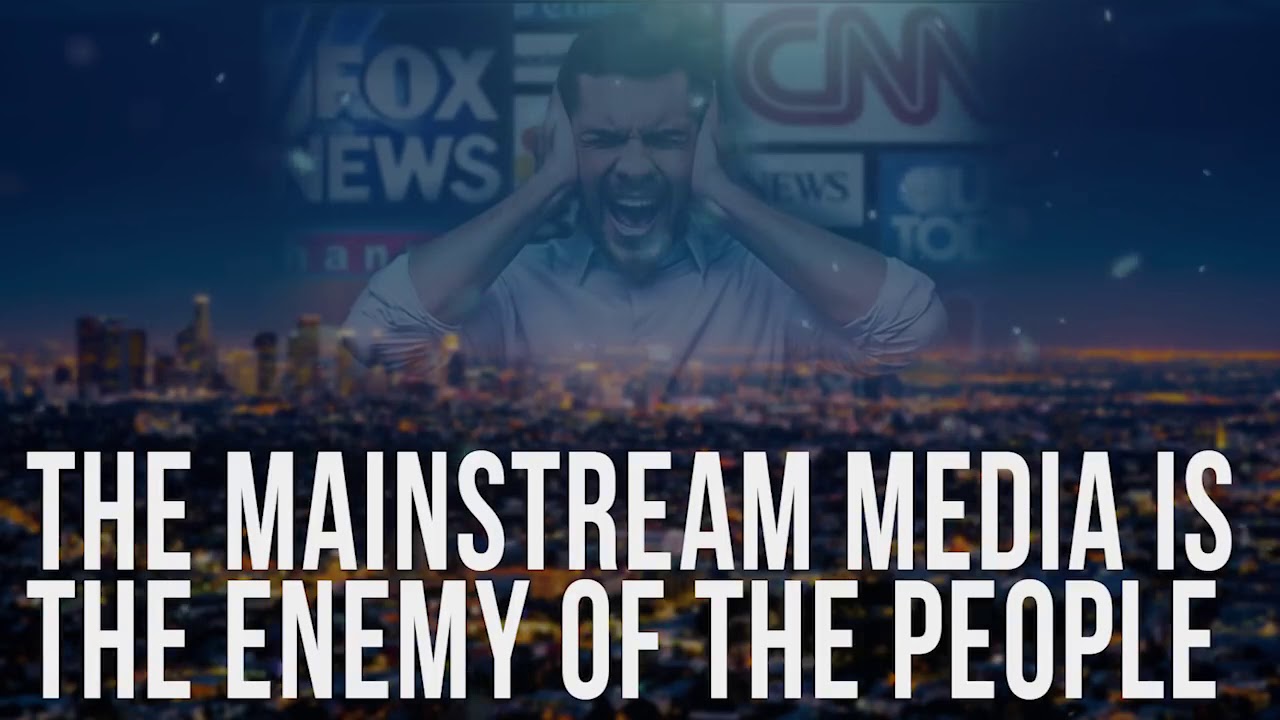 THIS HAS NEVER HAPPENED BEFORE

The following article is one many pre-emptive attacks by the CIA’s Mockingbird Media on Attorney General William Barr.

SOTN Editor’s Note: What follows is an MSM article that reveals just how fearful the Democrats and their agents of Deep State have become. The degree of high anxiety at the FBI and sheer apprehension of the Democrat leadership is simply unprecedented in U.S. history. These people know they’re going to jail should their naked treason be brought to light by the DoJ. The author of this transparent propaganda piece — Deep State operative Frank Figliuzzi — makes statements that are so ridiculous it hurts from the laughing at them. These traitorous clowns really think they have the same influence that they enjoyed in the pre-2016 election cycle era. Sorry, Frank, but you just proved again why the media really is the enemy of the people, and an extremely dangerous and deceitful enemy at that.

Frank Figliuzzi: AG Barr’s FBI investigation, President Trump and the threat from within

By perpetuating Trump’s falsehoods about the FBI and Mueller’s report, Barr has become the kind of threat capable of doing severe harm. Often external forces are aided by both witting and unwitting parties inside our borders and even within our government.

Counterintelligence professionals often refer to their mission as “the three D’s:” detect, deter and defeat the efforts of foreign intelligence services targeting the United States. Per Executive Order 12333, our government’s lead counterintelligence agency is the Federal Bureau of Investigation. The counterintelligence program is the second most important priority for the FBI, just after preventing the next terror attack. FBI agents assigned to this work are hunters at heart. They seek and find those whose efforts would weaken our nation, make us more vulnerable to attack, undermine the rule of law and wreak havoc with our democracy.

Often external forces are aided by both witting and unwitting parties inside our borders and even within our government. Such insiders need not be recruited nor even capable of finding Russia or China on a map. Frequently these players can neither foresee nor comprehend the consequences of their actions until long after the damage to our democracy has been done. When an adversary is aided in its cause by a fortuitous insider who required no energy or resources to cajole or coerce, the enemy views such serendipity as a gift. When that insider happens to be the attorney general of the United States, that gift is priceless.

As we all have learned, the FBI’s Counterintelligence Division, acting on classified data, allied intelligence, human sources and conduct occurring in plain view, opened a counterintelligence investigation to explore Russia’s attempts to interfere with the 2016 presidential election. The Russian efforts were later detailed in over two dozen federal grand jury indictments involving Russian intelligence officers and Russian nationals.

The FBI inquiry also included connections between the Trump campaign and known or suspected Russian government affiliated individuals. Those connections are detailed in over 100 pages of special counsel Robert Mueller’s report. Mueller’s inquiry was predicated by the FBI’s initial Russia investigation. Now, President Donald Trump and Barr seek to undermine Mueller’s findings by fueling doubt about the FBI’s decision to open the initial Russian case that led to a special counsel appointment. Back at the Kremlin, the vodka is flowing.

Trump and Barr seek to undermine Mueller’s findings by fueling doubt about the FBI’s decision to open the initial Russian case. Back at the Kremlin, the vodka is flowing.

Barr instructed John Durham, a veteran and respected prosecutor and current U.S. Attorney for Connecticut, to examine the predication for the FBI’s Russia case. Choosing to use a hand-picked direct subordinate instead of simply tapping the more independent Department of Justice inspector general is suspicious on its own. When added to Barr’s other partisan conduct over the past few weeks, his decision is one more blow to a Justice Department and FBI that must function as independent, apolitical champions of the truth.

Barr has already etched his legacy as a politically motivated AG. He issued a misleading summary of the special counsel’s findings, unilaterally proclaimed there was “no collusion” between the campaign and Russia although Mueller limited his search to only criminal conspiracy and decided that Trump did not commit obstruction of justice despite Mueller specifically stating that the president could not be exonerated and had committed 10 acts that could constitute obstruction. Barr also chose to refer to lawful investigation of Russia’s influence in our presidential campaign as “spying,” knowing full well that the word implied illegal acts as alleged by his seeming client, President Donald Trump.

Barr occupies the cabinet position arguably most critical to preserving our unique form of government. More than any of his administration colleagues, the attorney general must be apolitical, independent and loyal only to the Constitution. The role is rightly described as “the people’s lawyer” because we count on the AG to uphold the rule of law so that the least among us may receive justice.

But instead, our current attorney general would have us believe the myth that some kind of deep state resides within the corridors of our most trusted institutions, a conspiracy theory the president’s supporters have repeatedly echoed. Despite ongoing related investigations by a capable DOJ inspector general, Barr wants us to believe, as does his boss, that our system is broken and that the only fix lies outside the practices and policies that served our democracy for centuries.

We don’t know if Barr’s decisions are malicious, self-serving or simply ignorant. But by perpetuating the president’s falsehoods and eroding Americans’ trust in our institutions, Barr has become the kind of threat capable of doing severe harm; he has become a threat from within.