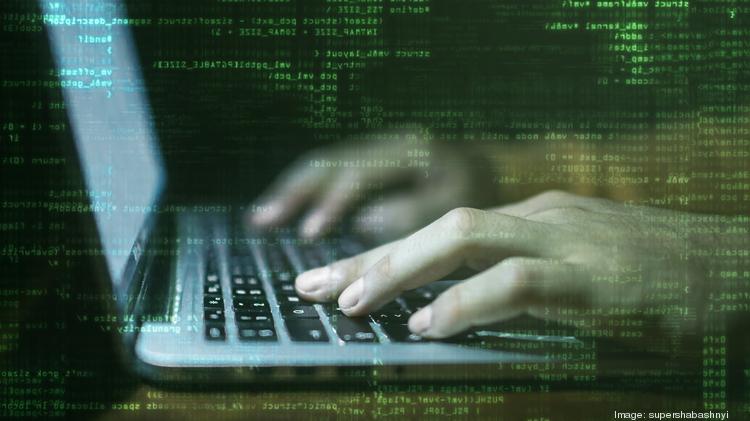 Who’s doing it and why?

SOTN Editor’s Note: There’s a HUGE war going on under the radar that’s potentially as dangerous and destructive as any on the planet.

Deep State agents, foreign intelligence agencies and contracted cybercriminals both foreign and domestic are working in concert to terrorize cities and corporations across the USA.

The pattern of criminal cyberattacks indicates a variety of motives which make this crime spree more difficult to solve. However, that only means that this type of cyber-warfare is being used more frequently and with greater effect.

That Baltimore, Maryland has been successfully targeted for nearly 3 weeks demonstrates the high degree of proficiency of these mercenary cyber-criminals. It also shows how close to the nation’s capital the perps are willing to go. See: Here’s how cyber-weaponry has literally shut down a major American city

This burgeoning cybercrime wave is actually a highly complex conspiracy with multiple state actors (not Russia) that requires a dedicated exposé which is forthcoming. In the meantime, what follows is the MSM spin from the ever-prevaricating NYT.

In Baltimore and Beyond, a Stolen N.S.A. Tool Wreaks Havoc The National Security Agency headquarters in Maryland. A leaked N.S.A. cyberweapon, EternalBlue, has caused billions of dollars in damage worldwide. A recent attack took place in Baltimore, the agency’s own backyard.CreditCreditJim Lo Scalzo/EPA, via REX, via Shutterstock

By Nicole Perlroth and Scott Shane
The New York Times

For nearly three weeks, Baltimore has struggled with a cyberattack by digital extortionists that has frozen thousands of computers, shut down email and disrupted real estate sales, water bills, health alerts and many other services.

But here is what frustrated city employees and residents do not know: A key component of the malware that cybercriminals used in the attack was developed at taxpayer expense a short drive down the Baltimore-Washington Parkway at the National Security Agency, according to security experts briefed on the case.

Since 2017, when the N.S.A. lost control of the tool, EternalBlue, it has been picked up by state hackers in North Korea, Russia and, more recently, China, to cut a path of destruction around the world, leaving billions of dollars in damage. But over the past year, the cyberweapon has boomeranged back and is now showing up in the N.S.A.’s own backyard.

It is not just in Baltimore. Security experts say EternalBlue attacks have reached a high, and cybercriminals are zeroing in on vulnerable American towns and cities, from Pennsylvania to Texas, paralyzing local governments and driving up costs.

The N.S.A. connection to the attacks on American cities has not been previously reported, in part because the agency has refused to discuss or even acknowledge the loss of its cyberweapon, dumped online in April 2017 by a still-unidentified group calling itself the Shadow Brokers. Years later, the agency and the Federal Bureau of Investigation still do not know whether the Shadow Brokers are foreign spies or disgruntled insiders.

Thomas Rid, a cybersecurity expert at Johns Hopkins University, called the Shadow Brokers episode “the most destructive and costly N.S.A. breach in history,” more damaging than the better-known leak in 2013 from Edward Snowden, the former N.S.A. contractor.

“The government has refused to take responsibility, or even to answer the most basic questions,” Mr. Rid said. “Congressional oversight appears to be failing. The American people deserve an answer.”

Since that leak, foreign intelligence agencies and rogue actors have used EternalBlue to spread malware that has paralyzed hospitals, airports, rail and shipping operators, A.T.M.s and factories that produce critical vaccines. Now the tool is hitting the United States where it is most vulnerable, in local governments with aging digital infrastructure and fewer resources to defend themselves.

Before it leaked, EternalBlue was one of the most useful exploits in the N.S.A.’s cyberarsenal. According to three former N.S.A. operators who spoke on the condition of anonymity, analysts spent almost a year finding a flaw in Microsoft’s software and writing the code to target it. Initially, they referred to it as EternalBluescreen because it often crashed computers — a risk that could tip off their targets. But it went on to become a reliable tool used in countless intelligence-gathering and counterterrorism missions.

EternalBlue was so valuable, former N.S.A. employees said, that the agency never seriously considered alerting Microsoft about the vulnerabilities, and held on to it for more than five years before the breach forced its hand.

The Baltimore attack, on May 7, was a classic ransomware assault. City workers’ screens suddenly locked, and a message in flawed English demanded about $100,000 in Bitcoin to free their files: “We’ve watching you for days,” said the message, obtained by The Baltimore Sun. “We won’t talk more, all we know is MONEY! Hurry up!”

Today, Baltimore remains handicapped as city officials refuse to pay, though workarounds have restored some services. Without EternalBlue, the damage would not have been so vast, experts said. The tool exploits a vulnerability in unpatched software that allows hackers to spread their malware faster and farther than they otherwise could.

North Korea was the first nation to co-opt the tool, for an attack in 2017 — called WannaCry — that paralyzed the British health care system, German railroads and some 200,000 organizations around the world. Next was Russia, which used the weapon in an attack — called NotPetya — that was aimed at Ukraine but spread across major companies doing business in the country. The assault cost FedEx more than $400 million and Merck, the pharmaceutical giant, $670 million.

The damage didn’t stop there. In the past year, the same Russian hackers who targeted the 2016 American presidential election used EternalBlue to compromise hotel Wi-Fi networks. Iranian hackers have used it to spread ransomware and hack airlines in the Middle East, according to researchers at the security firms Symantec and FireEye.

“It’s incredible that a tool which was used by intelligence services is now publicly available and so widely used,” said Vikram Thakur, Symantec’s director of security response.

One month before the Shadow Brokers began dumping the agency’s tools online in 2017, the N.S.A. — aware of the breach — reached out to Microsoft and other tech companies to inform them of their software flaws. Microsoft released a patch, but hundreds of thousands of computers worldwide remain unprotected. 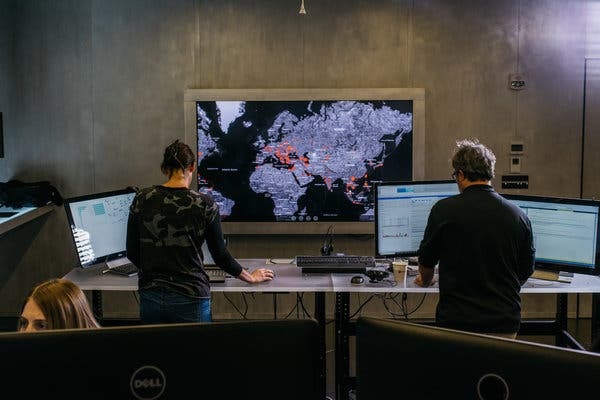 Hackers seem to have found a sweet spot in Baltimore, Allentown, Pa., San Antonio and other local, American governments, where public employees oversee tangled networks that often use out-of-date software. Last July, the Department of Homeland Security issued a dire warning that state and local governments were getting hit by particularly destructive malware that now, security researchers say, has started relying on EternalBlue to spread.

Microsoft, which tracks the use of EternalBlue, would not name the cities and towns affected, citing customer privacy. But other experts briefed on the attacks in Baltimore, Allentown and San Antonio confirmed the hackers used EternalBlue. Security responders said they were seeing EternalBlue pop up in attacks almost every day.

The costs can be hard for local governments to bear. The Allentown attack, in February last year, disrupted city services for weeks and cost about $1 million to remedy — plus another $420,000 a year for new defenses, said Matthew Leibert, the city’s chief information officer.

He described the package of dangerous computer code that hit Allentown as “commodity malware,” sold on the dark web and used by criminals who don’t have specific targets in mind. “There are warehouses of kids overseas firing off phishing emails,” Mr. Leibert said, like thugs shooting military-grade weapons at random targets.

The malware that hit San Antonio last September infected a computer inside Bexar County sheriff’s office and tried to spread across the network using EternalBlue, according to two people briefed on the attack.

“You can’t hope that once the initial wave of attacks is over, it will go away,” said Jen Miller-Osborn, a deputy director of threat intelligence at Palo Alto Networks. “We expect EternalBlue will be used almost forever, because if attackers find a system that isn’t patched, it is so useful.” 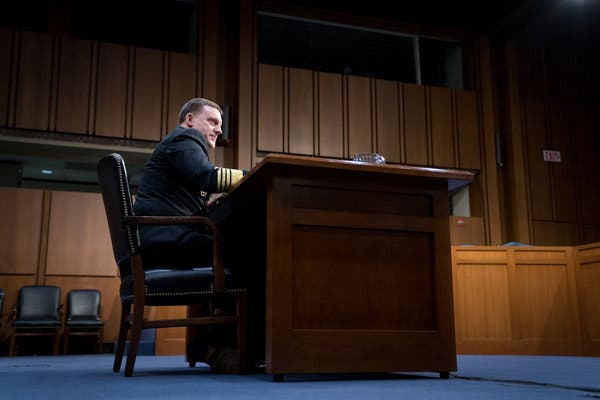 Adm. Michael S. Rogers, who led the N.S.A. during the leak, has said the agency should not be blamed for the trail of damage.CreditErin Schaff for The New York Times

Until a decade or so ago, the most powerful cyberweapons belonged almost exclusively to intelligence agencies — N.S.A. officials used the term “NOBUS,” for “nobody but us,” for vulnerabilities only the agency had the sophistication to exploit. But that advantage has hugely eroded, not only because of the leaks, but because anyone can grab a cyberweapon’s code once it’s used in the wild.

Some F.B.I. and Homeland Security officials, speaking privately, said more accountability at the N.S.A. was needed. A former F.B.I. official likened the situation to a government failing to lock up a warehouse of automatic weapons.

In an interview in March, Adm. Michael S. Rogers, who was director of the N.S.A. during the Shadow Brokers leak, suggested in unusually candid remarks that the agency should not be blamed for the long trail of damage.

“If Toyota makes pickup trucks and someone takes a pickup truck, welds an explosive device onto the front, crashes it through a perimeter and into a crowd of people, is that Toyota’s responsibility?” he asked. “The N.S.A. wrote an exploit that was never designed to do what was done.”

At Microsoft’s headquarters in Redmond, Wash., where thousands of security engineers have found themselves on the front lines of these attacks, executives reject that analogy.

“I disagree completely,” said Tom Burt, the corporate vice president of consumer trust, insisting that cyberweapons could not be compared to pickup trucks. “These exploits are developed and kept secret by governments for the express purpose of using them as weapons or espionage tools. They’re inherently dangerous. When someone takes that, they’re not strapping a bomb to it. It’s already a bomb.”

Brad Smith, Microsoft’s president, has called for a “Digital Geneva Convention” to govern cyberspace, including a pledge by governments to report vulnerabilities to vendors, rather than keeping them secret to exploit for espionage or attacks.

Last year, Microsoft, along with Google and Facebook, joined 50 countries in signing on to a similar call by French President Emmanuel Macron — the Paris Call for Trust and Security in Cyberspace — to end “malicious cyber activities in peacetime.”

Notably absent from the signatories were the world’s most aggressive cyberactors: China, Iran, Israel, North Korea, Russia — and the United States.

A version of this article appears in print on May 26, 2019, on Page A1 of the New York edition with the headline: Cities Hijacked By Tool Stolen From the N.S.A.